A Focus on People and Communities 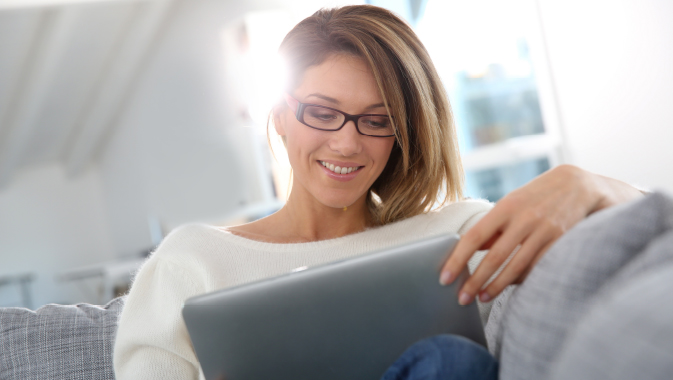 Successful companies all begin with a simple idea. Pursuing that idea can be a risky challenge, but those with passion, insight, fortitude, and persistence, can reap the reward with the right team.

“It’s a nice industry,” says Larry Holmes, Larlyn Property Management’s President and Chief Executive Officer, acknowledging that, at times, property management can be demanding. “But I like a challenge,” he adds.

From a humble beginning in the basement of his home, Larlyn Property Management has grown to five hundred employees and offers its services to approximately five hundred properties in Ontario, Alberta, and British Columbia, with total property values estimated at $6 billion. The properties include commercial buildings, condominiums, heritage sites, industrial facilities, residential properties, and communities still under construction and all are served from the company headquarters in London, Ontario.

Larlyn Property Management believes that well-established partnerships with developers and engineers are “the preferred way to do it. We get involved right from the concept,” says Larry. He notes that often, when developers and engineers are engaged in the initial concept stage of development, the company is referred to “for our opinion from a management point of view.”

Even when the design process is underway, Larlyn attends construction site meetings “so that the property manager that’s going to be involved knows the building right from the get-go.”

Larry views this approach as a more favourable one for the eventual owners, the board members, since they have someone who is not part of the developer organization, “that’s working for them on their behalf, and understands the building intricacies, as it was intended.”

Larlyn offers educational opportunities for not only its employees but also its clients, many of whom are condominium board members, who may not fully comprehend all aspects of their condominium communities. These courses are through a web-based learning format and deal with such things as how to read financial statements and how reserve fund studies are used. “A lot of board members don’t understand that when they are elected,” says Larry.

The various Condominium Acts require that all condominiums have a special reserve fund account with a financial institution and that this account be separate from the operating funds. The reserve funds are used when major repairs or replacements are required for the common elements of a condominium. The reserve fund’s intent is to assure that future repair costs for a condominium can be met without the need for a special assessment.

“We started doing reserve funds long before they were made mandatory in Ontario,” Larry states, noting that when it became mandatory, the transition was smooth. “Everyone that we managed had very little adjustments to make because they already had reserve funds.”

He explains that in the past, boards and developers tried to keep fees low, “to make the buildings marketable.” Fifteen to twenty years ago, Larlyn would be called in because “the corporations were in financial difficulty.” Such corporations may have required new roofs, windows, or other common elements but did not have adequate funds for replacement or repair. Today, the government has made reserve funds mandatory because “they want the fees to be set up and gauged so that there are no special assessments.”

The reserve fund study, usually undertaken by an engineer, determines the amount that will be required to cover any future repair costs. “You look at all the capital items within a community, and you get an engineer to determine what the life expectancy is and what the anticipated cost will be when they need to be replaced.”

After that, three quotes can be requested. “The board then decides who they want to use. You get the roof replaced, for example, and write a cheque instead of having to special assess the owners,” says Larry. Engineers have tables that detail “what construction costs are today, and they project them into the future. That’s something the engineering firms do quite well.”

Larlyn is fully engaged in these studies, which are “part of the management process to keep the condominium corporations financially sound. The reserve fund study actually projects out thirty-five years. And they’re updated every three years.”

When it comes to technology that can assist both employees and clients with readily accessible information, whenever they require it, Larry says that the company uses the Yardi property management software program that has “a lot of good features, and we’re training on that continually. It’s designed for our type of business.”

He also notes that Larlyn is expanding its communication systems, so that owners can communicate specific needs via the internet and other means of communication “just to keep up with the times.” The introduction of new software programs, such as Larlyn Connect, will enable the company to “track everything and anything that happens for each corporation.”

The residential construction industry, in its various forms, particularly in Ontario, is experiencing a boom, and there is a shortage of licensed property managers to meet the demand. What is happening in the industry with licensing being introduced in Ontario has “caused a lot more paperwork and administrative work to conform,” Larry says. “There’s a step process to become a licensed manager.”

He indicates that, as a consequence, the demands on an average manager are great, and they tend to jump from job to job searching for an easier solution. “We’re putting together programs to try to focus our management more on customer service with an administrative backup person or team behind them so that they’re more focused on the building and dealing with the owners and the boards and some of the other issues that happen on a daily basis.”

For this reason alone, the company chooses its people carefully. “We’re very selective in our hiring [process] to get people that are customer service oriented because, ultimately, customer service is how we built our business and is how I want to retain it.”

Larry cites, as an example, his recent attendance at a condominium meeting in Sarnia, Ontario, where the board was experiencing some challenges. He was personally managing the situation for about three months to “get it turned around so that I can turn it over to another manager and make it run as normal condominium.”

He had a similar situation in Windsor, Ontario, and in such circumstances, Larlyn has pre-takeover meetings and brings a member of its accounting and administration team to meet with the board and discuss the issues along with the property management team. “This is how Larlyn operates. This is what you can anticipate receiving from us. We can start working on fixing it,” if problems are addressed promptly, he says. “There is a transition period where we have to work closely together. By doing that, we really are setting the expectations, both of the customer and ourselves. It’s really all about communication and dealing upfront with what the issues are.”

And it is the excellent customer service provided by Larlyn Property Management that has earned the company the Consumer Choice Award for nine consecutive years.

The property management environment is transitioning into one with an “emphasis on customer service, on training, and introducing new systems,” says Larry. He relates that he has noticed some substantial changes since his company’s inception, noting that initially, property managers handled a little bit of everything for the boards. “Today, everything is so litigious that the property manager has evolved from being sort of a go-to for everything to almost a facilitator. That’s the role today.”

At seventy-seven years of age, Larry Holmes remains active in the family-owned property management company he established in 1975 and with good reason. “I love it. I love the people. I have a good group of people.”