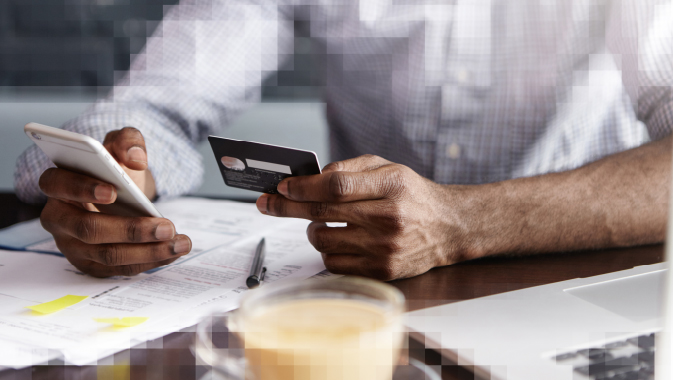 In years past, going to the bank was no casual chore. Banks then were housed in imposing stone structures with columns suited to a family mausoleum. Beloved Canadian author and humourist Stephen Leacock captured the intimidating banking experience in his short story My Financial Career. “When I go into a bank I get rattled,” he wrote. “The clerks rattle me; the wickets rattle me; the sight of the money rattles me; everything rattles me.”

The banking industry, much like the rest of the world, has transformed since the publication of Leacock’s short story in 1910. Over the decades, banks moved to become less intimidating, with open counters replacing the barred teller’s windows.

Then technology entered the fray with the invention of now-ubiquitous automated teller machines (ATMs), which were first introduced in England in 1967 and later came to the United States and Canada. ATM adoption was slow, taking over a decade to catch on. The amount customers could withdraw was limited, and many were suspicious of dealing with a machine instead of a human being. The machines sometimes dispensed too many or too few bills, were only available in limited locations, and some people avoided them, fearing being robbed of their cash.

Every sector has been affected by technology in the past twenty years, and banking is no exception. Larger institutions still have physical locations, but those are rapidly disappearing with an increase in online banking. For many younger people, limited ‘bankers’ hours’ and having to line-up twice – first to fill out a paper deposit or withdrawal slip by hand, then a second time to interact with a clerk – seem inconceivable.

It is almost unheard of today to not use online financial services for paying bills, sending e-transfers, and checking balances on laptops or smartphones. The next natural extension is for banks to provide other self-serve offerings, which has many in the financial sector worried about their careers.

The business of finance is changing, sometimes eerily so. China is a leading nation in the ‘robot revolution’ and artificial intelligence (AI) in finance and unveiled Xiao Long, also known as ‘Little Dragon,’ in mid-2018. Like any bank employee, Xiao greets customers at the China Construction Bank in Shanghai with an upbeat voice and a smile. The difference is that she is not an ordinary teller, but a machine.

A massive leap forward from ATMs, Little Dragon staffs the nation’s first human-free, fully-automated branch. The robot performs the usual financial services that one would expect, but also handles more advanced tasks such as helping clients open new accounts, foreign currency exchange, even money transfers, and answering questions about wealth management. Other devices in the branch include facial recognition, with the goal of making bank customer visits even faster and more convenient.

Although Little Dragon’s appearance is a tad cartoonish, she serves as a reminder of where the world of finance is heading: more machines and fewer people.

Last fall, American multinational financial services company Wells Fargo issued a report predicting that 200,000 banking jobs will be lost in the coming decade. The reason, states the report, is that banks are making massive investments in technology, with robots taking over repetitive work such as entering mortgage application information more accurately than people. Banking is expected to be second only to retail for AI investment with “$5.6 billion going toward AI-enabled solutions including automated threat intelligence & prevention systems and fraud analysis & investigation systems,” according to International Data Corporation (IDC).

The initial investment for financial institutions will be enormous; however, the payoff – an estimated $450 billion – will likely be worth it for banks, according to financial technology news and information source Finextra.

Bank employees are not the only ones concerned about their careers. Financial planners – well-versed in regulations, tax laws, and advising clients with the best options for their portfolios such as stocks, bonds, real estate, funding education, and retirement savings – are nervous, with good reason. Banks, eager to save money and increase profits, are embracing the idea of ‘robo advisors,’ with a study by information technology and consulting firm Cognizant stating that automation will result in cost savings of at least fifteen percent annually.

Robo advisors emerged over a decade ago during the Global Financial Crisis and were initially used as an online interface by financial managers to oversee their client’s portfolios. Robo advice has exploded through automated investment service firms like California-based Wealthfront Inc. which most recently held over $20 billion USD of assets under management, a huge leap from $11.4 billion just a year earlier.

These digital-based platforms provide the same financial services as their human counterparts, but with little or no human supervision. Like flesh-and-blood financial planners, robo advisors collect information from clients about their finances and goals and provide services ranging from setting up accounts to portfolio management, investment education, goal planning, and more, all backed by robust security features and low customer fees.

Yet, supporting someone’s investment decisions is far from a ‘one size fits all’ business, and while it benefits those with limited financial knowledge, it cannot make-up for decades of experience held by long-time financial planners who manage the portfolios of high-net-worth clients.

As with many disruptive technologies, AI and robotics have supporters and detractors. On one side, automation will result in fewer mistakes, especially for repeatable tasks; more standardized workflows; increased fraud detection and risk management, and greater profits for banks. On the other side, there are concerns that yet another sector will experience massive job losses, and human skills, creativity, and empathy for clients will be lost.

While these automated services are beneficial for some clients, they do not yet have the abilities to meet more in-depth challenges, such as estate and business succession planning or administering trust funds. Although, as financial institutions invest billions of dollars into AI and other technologies, banking questions in the very near future could be answered by machines rather than humans.