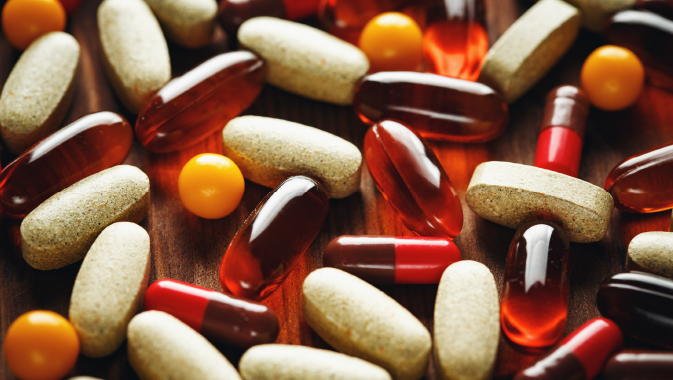 The Food and Drug Administration (FDA) is a federal agency of the United States Department of Health and Human Services and is tasked with protecting the public health by ensuring the safety and efficacy of human and veterinary pharmaceuticals (prescription and non-prescription), foods, cosmetics, biological products, tobacco products, medical devices and radiation-emitting electronics.

The scope of the FDA is very broad and as such, it is a challenge to navigate its approval process. When sponsors of new products seek FDA approval, it is important to first determine in which product category under the FDA’s regulatory jurisdiction a product should be classified. As the organization’s responsibilities are similar in function to several other government agencies, this can be more difficult than it seems.

For instance, the FDA regulates foods, including dietary supplements and food additives, but it is the U.S. Department of Agriculture that takes the lead on regulating certain aspects of some meat, poultry and egg products.

The same goes for water: while bottled water falls under the FDA’s regulatory jurisdiction, drinking water and municipal water supplies are regulated by the Environmental Protection Agency (EPA), which is responsible for conducting tests to ensure limits of impurities in the water supply are not exceeded.

The FDA has several resources available to support those embarking on the application process, including guides, flow charts and other resources, such as the FDA Basics for Industry: Navigation Guide, which is available online.

Achieving FDA approval takes a significant amount of money, time, and expertise, resources larger companies are better able to absorb when compared to smaller companies or startups that are not as well positioned to bear these costs. The approval process varies according to the product seeking approval and the completeness of the application. Take cancer drugs for example. At first look, the process for drug approval seems relatively clear: there is a twelve-step process that takes place in three phases. What isn’t clear is that it can take upwards of twelve years to achieve approval from initial conception to market.

Drug design and testing is complex to ensure both efficacy of the drug and safety of the patient. Developmental drugs are tested rigorously before they reach the market to ensure they will effectively treat the problem. In some cases, pharmaceuticals will treat one problem but can potentially cause a whole slew of other unrelated issues. In the case of cancer drugs, which are essentially poisons used to target the cancer-mutated cells that can also do damage to healthy cells as well, it is especially important to ensure that the dosing and the chemical compound being used is effective and safe.

The process for drug approvals begins with the pre-clinical or development phase, which can take years in and of itself, as research is conducted to develop or isolate a chemical compound that can be administered to a patient that won’t harm them or be metabolized, rendering it ineffective. In the pre-clinical stage of the drug application process, animal testing will often occur first and the investigational new drug (IND) application outlines what the sponsor of the new drug proposes for the next steps, including human testing procedures in upcoming clinical trials.

Phase one usually includes a study with a small population of anywhere from 20 to 80 people. The goal of this stage of the process is to focus on the toxicity of the drug, rather than the effectiveness. Also referred to as the “first in human” stage, phase one usually begins with the administration of low doses that are continually increased to test toxicity.

In phase two, the population being studied grows to upwards of 300 people and the scope of the research is expanded to look at both toxicity and efficacy of the drug. This is when the sponsor begins to discover if the drug is having any effect and serving as a treatment. If the study is randomized, a placebo could be used to achieve greater results.

Phase three will be the largest study the drug has faced in the process and will include test subjects of several hundred to thousands of people. Studies take an expanded look at both toxicity and efficacy but also consider additional parameters such as the types of patients, drug combinations or other relevant factors that could have implications on the drug’s ability to treat the cell mutation in question.

The post-phase-three period is known as the pre-new drug application (NDA) period and before the NDA is submitted, the drug sponsor will have an opportunity to meet with the FDA to discuss the application process further. Once the NDA is received by the FDA, the organization has 60 days to decide whether it should be filed for review. If filed, an FDA review team will be assigned to evaluate the research, which should demonstrate the safety and effectiveness of the drug.

The review team will also be responsible for reviewing labeling information, including how to administer the drug. Upon completion of these steps, as well as a facility inspection facilitated by the FDA, the sponsor can await approval or a response letter complete with reasons for the decision.

As is the case with most government agencies, there is a dispute resolution process when approvals are denied. If this is the outcome, there is recourse for the sponsor through the FDA Office of the Ombudsman, a neutral body that is committed to addressing complaints concerning fairness in the application process.

Like the drug application process, the medical device application process is just as complex. Before the FDA application process can begin for medical devices, they must first be classified according to the U.S. FDA Classification System, a challenge in and of itself. The FDA uses a complex predicate system to classify devises based on the level of regulatory control required, which will help to ensure a “reasonable assurance of safety and effectiveness.” A tongue depressor will require far less oversight and regulation versus pacemakers or prosthetics, for instance.

Device classification will dictate the next steps in the approval process, including regulatory market submissions. The FDA provides guidance on the pre-submission program, including timelines for review and expectations throughout the process, including when a sponsor can expect to meet with the FDA.

Although the FDA has a stringent application process in place, it still offers no guarantee of safety and by no means does its role in the process end. A study published in the Journal of the American Medical Association, Postmarket Safety Events Among Novel Therapeutics Approved by the US Food and Drug Administration Between 2001 and 2010, shines a light on the FDA’s role after approval is issued.

Of the 222 novel therapeutics approved between 2001 and 2010 by the FDA, 32 percent experienced a safety event after the fact. The most likely to experience a postmarket safety event were biologics, psychiatric therapeutics and accelerated and near-regulatory deadline approval products. It may have been an issue of trial populations being too small or unvaried, or the fact that the clinical applications failed to consider the variety of external parameters that could impact the safety or efficacy of the product, but in any case, the approval process is only one part of the overall process to ensure safety.

Granting approval does not mean the FDA has sealed a product’s fate: in fact, statistics like the ones above indicate that continuous monitoring is also key in the reasonable assurance of safety and effectiveness. While the FDA is pivotal in the approval process, it also has a role to play in ensuring accountability after approval is granted.

The FDA regularly conducts postmarket evaluations and updates labeling details as new information is discovered, but it is still subject to errors and new challenges can always arise, which is why it has the level of oversight it has on the approval and monitoring of new drugs, devices and other product categories under its regulatory jurisdiction.

There is no doubt that the scope and power of the FDA is very broad but serves a very important function in protecting the health, safety and wellbeing of people and animals alike. While the process is complex and detailed, we should be glad it is so, as it is done in the public’s best interest and establishes a system of accountability to which companies and product sponsors are held.