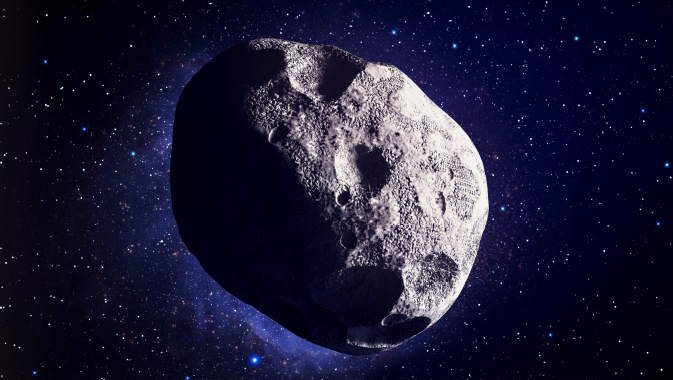 Remember that big blockbuster movie from the late 90s “Armageddon” with Bruce Willis and Ben Affleck? They had to save the planet from a lethal giant asteroid that was hurtling toward Earth, and the solution involved landing on said asteroid to drill into it.

In the past, the idea of landing on an asteroid could only work in a Hollywood movie. But the concept is no longer so far-fetched.

In 2014, the European Space Agency’s Rosetta space probe Philae Lander successfully intercepted and landed on the 67P/Churyumov-Gerasimenko comet. The epic journey to the comet took 10 years and once the probe landed on 67P, it was able to provide a wealth of data on changes to the comet’s surface as well as its surrounding atmosphere and plasma environment.

This engineering feat opened the door to all kinds of possibilities of space exploration. It also got people thinking about other things we can do in space. The cosmos is considered the final frontier for our civilization and the luxury Moon hotels promised by entrepreneurs like Elon Musk, founder of SpaceX, are coming sooner than we think. Mind you, the cost could be about $800,000 a night per person.

Back on Earth, it is not a shock to hear that we are depleting the natural resources of our planet. Mining and extraction technology have made the process of digging things up from the ground efficient, but everybody knows that there is a finite amount to be retrieved. Plus, there is the environmental impact that comes from the mining industry, like releasing potentially harmful substances into the soil and air, and leaching heavy elements into water systems.

So, we know that we are going to eventually use up our resources and that by extracting all these resources, we are not doing the planet any favours. What if we could access some of the valuable minerals and metals we need from a source that’s not on our planet, like the asteroids that are in our solar system? It could be the next gold rush.

There are a lot of asteroids floating around relatively close to earth – at least in astronomical terms.

NASA has hypothesized that some of these asteroids are actually the remains of ancient cores of planets. While we can’t mine down to the Earth’s core because if the extreme pressure and heat, asteroids could be exposed cores, the result of massive planetary collisions.

“We think this is the exposed core of an ancient planetesimal from the early solar system,” Jim Bell, a planetary scientist at Arizona State University, told NBC News about the asteroid 16 Psyche.

Psyche is a Massachusetts-sized asteroid orbiting around the sun between Mars and Jupiter (about 235 to 309 million miles away from Earth) that could be full of precious metals.

Scientists suspect that the asteroid is made up of a lot of nickel and metallic iron, and it may also have rarer minerals like platinum and gold, so it has the potential to be a rich discovery. How rich? Some venture capitalists estimate that the value of the metal found on Psyche could be $700 quintillion. (That’s a number with 18 zeros if you are keeping score.)

Clearly there is a lot of potential out there if we can get to it and then mine it. But, what would that take and what might it mean for us? This is where science fiction and our future technology may possibly intersect.

Commuting from the Earth to where the bulk of the asteroids are would be an eight-year round trip alone, so that’s not too feasible. However, not every asteroid is that far away. Some of these objects break off of their orbit and move quite close to the Earth. So the problem of having to travel the astronomical distances could be solved naturally.

If we chose an asteroid in much closer reach, what might we do to extract the minerals?

First you need the people and the machines to carry out the work. That would mean building a spacecraft that can not only keep the crew safe, but would be able to deploy the machines that would land on the asteroid and do the mining.

While the bulk of the work – especially the heavy lifting – would likely be performed robotically, many would argue that we would need humans on-site to deal with the unexpected. But with improvements in artificial intelligence and robotics, perhaps we don’t need many, reducing the overall supplies and complexities. Engineers are already developing robots and related technology for boosting mining safety and efficiency here at home where robotics can map dangerous flooded passages and detect mineral concentrations.

And once you have the ship built, you have the crew and the robots, the robotic mining crew could land on an asteroid and get to work. While the basic task of breaking down rock to extract valuable bits would similar to what is done on Earth, there are a lot of conditions that are radically different out in space.

For one thing, these asteroids are not necessarily peacefully drifting through space; these objects are hurtling through space, with risks of particle collisions with other bodies. And they could be spinning with great momentum, and are exposed to radiation from the sun.

To help solve the problem of spin, rockets may have to be deployed on the asteroid to slow angular moment before starting a mining operation. When the mining starts, you would need to keep the lights on in your space ship and your robots powered up to do the work over a period of weeks and months. Solar power comes to mind, but is that anywhere near enough energy to perform rock-crushing operations? Perhaps such a mission would need a nuclear power solution as well: maybe a nuclear-thermal generator like those used in other space missions, or maybe a full reactor designed specifically for use in such an environment.

And once you do manage to extract the minerals, how do you keep them from floating away? The gravity of the mined asteroid might not be enough to keep the extracted products on its surface. Perhaps you would need to use some kind of giant canopy to catch the extract. There are good aspects of working in such a low-G environments too, however; for instance, it could be much easier to move and position heavy machinery and mined mass.

When the minerals are extracted and the robots and the payload are ready to go, it may even be possible to extract water from the asteroid to help fuel the ship’s return trip. A payload would likely be heavier (and the more we can get, the more valuable the trip), but that added mass needs to be accelerated, and that takes fuel: mass to be ejected and pushed against, to take advantage of Newton’s laws of motion.

And while we are at it (because hypothetical ideas are less bound by cost or feasibility), it would probably make sense to have some kind of space station or moon base out there to process and break down the recovered minerals before sending the materials on to Earth. Or perhaps the greatest value of some products would be to keep them outside our gravity well, since it costs so much to lift them from Earth in the first place.

It makes a good case for moving more and more manufacturing operations into orbit, and such a station could also become the hub for a robot and spacecraft maintenance bay as well as a crew headquarters where people could work in long-term shifts and commute back and forth to Earth.

But before any of this fiction can bridge the gap to something we could actually pull off, we must consider the price tag for such an expedition. There are so many variable that would affect costs, but some studies for a conceptual exploratory mission to prove the concept have put the cost around $2.6 billion, Physics World magazine reports. It’s expensive, certainly, but not impossible!

“The bottom line is that space is hard,” Henry Hertzfield, the director of the Space Policy Institute at George Washington University, told the MIT Technology Review. “It’s risky, it’s expensive; lots of high up-front costs. And you need money.”

But, when you compare the potential costs of a hypothetical operation that harvests asteroids to setting up some kind of permanent mining colony on the moon or Mars, the infrastructure cost would be likely far less.

Which brings us back to the 16 Psyche asteroid. NASA hopes to send a mission to the asteroid in 2022. It will take about four years, so it would arrive in 2026. The mission will spend 21 months orbiting and studying the structure of the asteroid.

This could be the start of a better understanding of what these objects are made of – and who knows, maybe even the first step toward harvesting what they contain, and bringing us a step closer to what we now call science fiction.