The Comfort of a Job that’s Complete 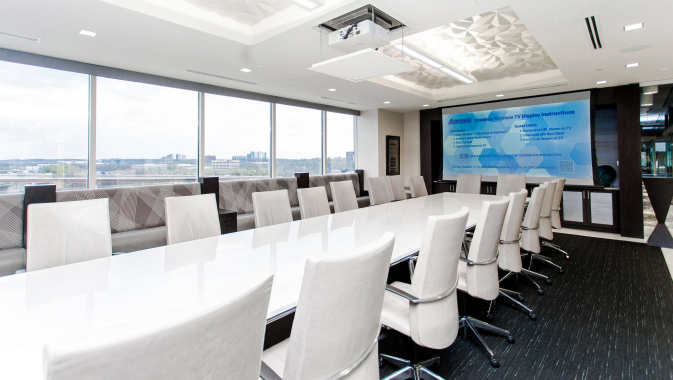 The scattered elements that make up workplace technologies and smart building integration are a major challenge to any business. ASD®, Automated Systems Design, Inc., solves everything with a comprehensive portfolio of capabilities and service offerings.

Design, build, deploy, and support is the daily mantra of the technology wizards at ASD®. With a clear focus on ease of use, ASD® takes care of absolutely all aspects of workplace technology design and installation, including all of the IoT devices required for smart buildings.

From structured cabling, security and access control systems, to Wi-Fi, internet of things (IoT) devices, power over ethernet (PoE) lighting, smart building, and wireless technologies, this team does it all.

Its quality of execution is apparent with Global2000 companies from around the world knocking on its door for custom systems solutions. What they get is an industry icon who fulfills all the roles of an IT general contractor, project manager, and maintenance manager of their overall office and/or building technology suites.

Headquartered in Alpharetta, Georgia, the company has a roster of clients stretching across North America, and through Europe, Asia, Australia, including international giants like FEDEX, Planet Fitness, and Marriott, to name a few.

Naturally, offering the best and latest technology is this company’s forte. To remain on top, it collaborates with IoT manufacturers who are constantly introducing new devices. For instance, one such innovative device is a vape detector for use in schools. These detect when students vape on the premises and send immediate notifications via SMS or email to teachers.

Multi-team service
Landing itself a spot on the Inc. 5000 List of Fastest Growing Privately Held Companies for the sixth time last year, the company is as well organized as the systems it creates. Service is key and each department is structured with this concept resting at the heart of each team’s goals. “We have a good teamwork culture. Everybody pitches in to help support the missions of our colleagues and our customers,” says Kevin Kiziah, President and Chief Executive Officer.

The design services group handles front-end development where client’s requirements are established and integrated into a collection of drawings. The build division is responsible for bringing to life structured cabling infrastructure, audio visual systems, security and access control systems, and so on.

The company’s deployment division has speed and efficiency at its core. This team is responsible for rolling out technology across entire enterprises – rapidly and effectively. These projects cover everything from digital signage networks to cloud-based access control platforms. It was this team that triumphantly installed wireless access points throughout every K&L Gates Facilities around the world in only three months.

The support division is the bedrock on which its customers – and all of its other teams – can rely for solid back-up and maintenance tasks. Whether a projector needs troubleshooting or the entire length of a cable needs to be relocated, this is the group that is ready to log customer calls and dispatch the right people for the job.

Keeping close globally
In America, the company runs on roughly 100 employees, but manages a network of over 12,000 technicians, of which 500 or so are dispatched in the field every day, in a remarkably close relationship.

The bonds linking this team are so close that the company was chosen as a Top Workplaces Winner in 2019 and 2020 from over 4,300 nominees. The award came courtesy of the Atlanta Journal-Constitution and stands testimony to the commitment and enthusiasm of the company’s employees.

Of course, a happy, hardworking staff means great service. This is why the entire process of doing business with the firm is streamlined by appointing a dedicated account manager to every client. Once projects are underway, and depending on the size of each project, either one – or multiple – ASD® project managers coordinate teams on the ground.

From automobiles to cables
Automated Systems Design, Inc. was established by Bob Eskew, an interesting and visionary man whose childhood dream of success was realized in the creation of this pace-setting business in 1987. Eskew was a GM employee when a friend introduced him to the idea of building computer cables in his spare time. He reckoned that if he could build automobiles, he could build computer cables.

Eskew started working from his house and before long was also installing the cables that he manufactured. When the time came to choose between his day job and his sideline, ASD® was born.

Then, in 1995, the current majority owner, Kevin Kiziah, started as a salesperson, working his way diligently through the ranks until he could take over from Eskew as President and CEO on the founder’s retirement in 2016.

Achievement becomes growth
This is a company where camaraderie is based on open communication and discussion. “We have success drivers that help us build on our culture. Discussing behaviors helps us stay aligned and focused on the desired outcome for our customers,” says Kiziah. He underlines the fact that ASD® typically becomes a part of a client’s organization, rather than just a vendor. “Some of our customers go back to the late ’80s. And we still do their projects today,” he adds.

Exciting new work drives creativity and innovation, and company members are visibly proud and delighted to be working on multiple new projects that are currently under wraps. We hope to be hearing more about these very soon.

Thanks to the leadership’s astute business sense and the entire team’s hard work and dedication, the company has doubled in size since 2016.

“Our growth goal is to repeat doubling up in size over the next three to five years,” Kiziah says. To achieve its most recent expansion, the company implemented what it calls ‘decentralized command’. This means that decision-making is speeded up by a Q & A matrix that is deployed across the organization.

The results are truly impressive with reaction times becoming significantly quicker. As ASD®’s leadership keeps re-inventing the company’s processes, it looks certain that its impressive growth is set to continue – both organically and through acquisitions.

Another growth driver is that the team makes it a priority to close the disconnect – that tends to occur on large projects – between a stakeholder’s departments and its contractors and renovation partners. The company’s solution to this is referred to as a ‘Fit Assessment’ and helps ASD® to understand the expectations and requirements of everyone involved. During these meetings, internal protocols help ASD®’s representatives to ascertain exactly what the scope and details are of every project, irrespective of size.

Present and future
There’s no future unless you take good care of the present, and ASD® has a big heart when it comes to its communities.

Every year, it takes part in drives that raise money for initiatives like Backpacks for Kids, food shelters, and Habitat for Humanity. The company also encourages its employees to take advantage of one paid day of leave a year to dedicate to their favorite charity.

Looking to the future, the company plans on expanding its service portfolio alongside its interest in appropriate mergers. “We’re actively speaking with and seeking leading-edge tech companies that could be a culture fit,” says Kiziah.

Alongside these strategies to grow and transform the company, new technologies like smart buildings, PoE lighting, and 5G are all spurring major market shifts.

According to Kiziah, the wave of IoT devices bursting onto the technology scene and flooding the market is simply staggering. “This is fundamentally changing how we engage with spaces and work,” he says. And with every new IoT and PoE device needing to be connected to another to function, suddenly an ocean of opportunity opens up.

But it is not just technology here that is being constantly improved. The ASD® team also staunchly believes in self-improvement.

“We invest in people and in technology,” Kiziah adds. As such, the company invests generously in providing its people with the expertise they need to flourish in their careers and in turn, take care of the company’s clients. Because at the end of the day, a great business is all about great relationships.