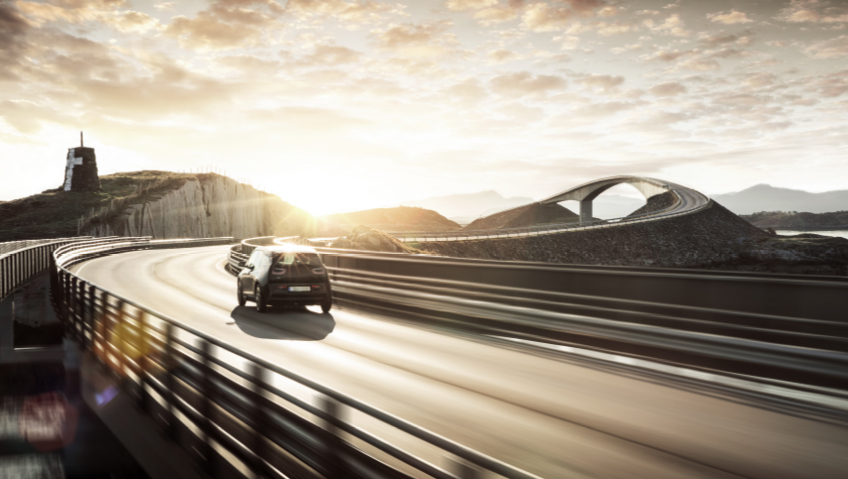 Every so often, fluctuations in the market, lifestyles, and the world at large will give way to myriad and unexpected changes. One aspect of our lives that is unlikely to change any time soon, however, is our reliance on vehicles and transport. Many market sectors depend on transportation, whether it involves shipping goods across long distances or getting workers to their jobs on time. The automotive industry has made its name on gasoline-powered vehicles for over a century but two inventions seek to change the way people interact with their cars: electric and self-driving cars.

Although many people associate the electric car with calls for renewable transportation, the first electric vehicles were invented as far back as the 1800s. In fact, the first electric vehicle was a tricycle in the 1880s outfitted with the then-new lead-acid battery. By the 1910s, over 33,000 electric cars were registered in America, but due to the widespread availability of gasoline and the subsequent boom of gas-powered cars, the technology did not catch on with the American public, beyond its most famous iteration, the streetcar.

From the 1960s onward, electric cars were only available in small quantities, but energy crises in the 1970s and 1980s brought renewed interest in vehicles that were more renewable and not subject to the whims of the hydrocarbon energy market. Due to these market changes, along with public pushes for more fuel-efficient and low-emission vehicles in the 1990s, automakers slowly began producing electric models.

The inventions of metal-oxide-semiconductor (MOS) technology and the lithium-ion battery have led to leaps in electric vehicle technology, making the cars easier to drive, reducing the price, and enabling better long-distance travel with a reduced power loss.

Using the lithium-ion battery cell, Tesla Motors created a highway-legal all-electric car, a move that is seen today as a catalyst for increased user demand for efficient vehicles. Since then, Tesla has broken worldwide sales records with its electric vehicles. Combined with other auto manufacturers like Nissan, the total number of electric vehicles has grown to over one million worldwide. France and America are currently the two biggest markets.

In its initial heyday of the late 1800s to early 1900s, the electric car was sold as having less vibration, smell, and noise than gasoline cars; nowadays, electric car buyers are primarily attracted to the fact that these are zero-emission vehicles.

In a report by the Ergon Energy Network, electric cars are noted as needing “relatively little servicing [because there are] a lot less moving parts than a conventional petrol/diesel car.” There are also fewer expensive “exhaust systems, starter motors, fuel injection systems, radiators and many other parts” to replace in a typical electric car and the batteries that power them only need to be replaced every eight years or so. Electric cars even have a “lower centre of gravity that makes them less likely to roll over,” the report claims, making it “a lower risk for major fires or explosions” and safer in accidents.

The travel range on electric vehicles today, however, is still fairly limited with models like the Ford Focus Electric and the Nissan Leaf offering a travel distance of about 75 miles (120 kilometres) before needing a charge. Also, electrical charging stations may cost more than gas, those stations are less available, and replacement batteries can be expensive. It will still be quite a while before electric cars can be both mass-produced and affordable for traditional consumers.

The first radio-controlled autonomous vehicle was unveiled in the 1920s, and from there, various companies would experiment with the technology. Different methods of autonomous control were created through the 1960s when experimental vehicles were controlled through wires, detector circuits, and magnetic cables within the road surface.

A project funded by the Defense Advanced Research Projects Agency (DARPA) to create an autonomous land-driven vehicle (ALV) in the 1980s produced a robotic vehicle able to travel up to nineteen miles per hour. A decade later, U.S. Congress passed a bill to have the Department of Transportation demonstrate an automated vehicle and highway system by 1997, a date that the department met only to have the project cancelled due to budgetary constraints. The total cost was around $90 million.

Into the 2000s, pilot projects of the world’s first autonomous shuttles to carry members of the public began in the Netherlands. The ParkShuttle detected magnets in the road to calculate its position. The 2010s saw a further jump in autonomous driving technology as Google privately developed its own experimental driverless technology with the first license issued for an autonomous car in Nevada in 2012. Two years later, Induct Technology released the Navia shuttle, the first commercially available self-driving vehicle hit the market.

As it stands, companies like Audi are actively developing even more sophisticated autonomous vehicles that will be fully self-driving. And autonomous vehicles could be a boon to areas plagued by traffic congestion and long commuting times by smoothing traffic flow and increasing the number of vehicles using the same roadways.

Google has reported that its cars have successfully driven over 700,000 miles without an accident. An entire system of autonomous vehicles with a high rate of accident avoidance could even mean a drop in insurance premiums. In an article for The Simple Dollar, Jason Notte reports on a study by insurance firm Accenture and the Stevens Institute of Technology in Hoboken, N.J. that shows that the “insurance industry will see traditional premiums drop by $25 billion by 2035 and by $41 billion by 2050. That’s a nearly 20 percent loss over the next 30 years,” thanks in no small part to the continued development of autonomous driving technology.

Some high-risk workplaces have begun to experiment with the technology to minimize potential danger: From the late 1990s into the 2000s, the U.S. Government funded three military efforts to demonstrate the ability of unmanned ground vehicles. Autonomous vehicles have also been used in mining.

However, having these vehicles available to the consumer may be at least a decade away. Last year, J.D. Power, to create its first Mobility Confidence Index, surveyed automotive and technology industry experts as well as consumers to compare opinions and found that they believed that “By 2034, autonomous vehicles will make up just 10 percent of all vehicles being bought and sold.”

One of the biggest stumbling blocks for autonomous driving technology at present is the need to adhere to driving regulations, as the states currently allowing testing (California, Florida, Nevada, Washington DC, and Michigan) are still figuring out the intricacies and context of situations in which the person in the car may not be considered a ‘driver’ in an accident. Google’s safety record is admirable but the few crashes on record involve its autonomous vehicles being struck by other cars. 2016 saw the first fatal crash involving a self-driving car and the first involving a pedestrian occurred in 2018, both due to technology errors.

Self-driving cars have not performed well in inclement weather due to it interfering with technical systems and sensors, and dedicated attacks on the software by hackers could potentially not only wreck a vehicle but even gridlock entire cities. Autonomous vehicles are still in a very nascent stage with as many unique challenges as there are opportunities for advancement.

The prospect of streets filled with electric and self-driving cars is a reality that approaches faster with every year as companies worldwide take strides to keep up with the latest advancements in technology. While it may take some time before a traditional consumer will see these inventions in their neighbourhoods, it remains an exciting possibility that the act of driving will be not only easier on humans but the planet as well, due to the leap forward in automotive technology that these two ventures represent.