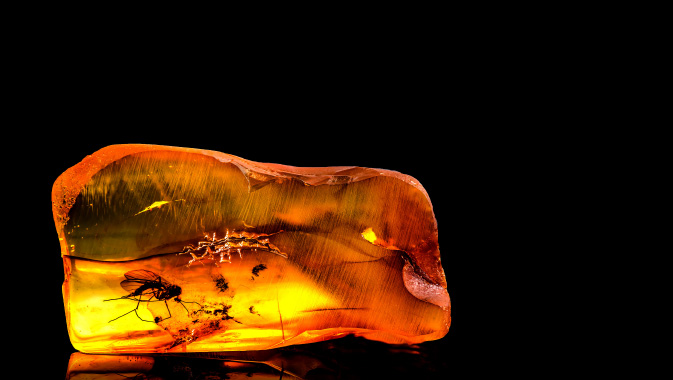 The ethical jewelry trade rose proudly — albeit quietly — from the dust of earlier centuries’ lust for bling at any cost. Films like Blood Diamond remind us of exactly how dark the human addiction to glitz and glamour was becoming before we chose change.

Today, longstanding traditions are being questioned as more and more people perceive the impact of past acquisitiveness and call for worldwide practices that are kinder to the people of the Earth as well as Earth itself.

All one has to do is Google ‘ethical jewelry’ to realize that this new trend is not just another fad, but rather an industry change that is likely to root itself squarely in the future of sustainable fashion. But conscious jewelry shopping is not all about finding ethically sourced stones or even lab-grown crystals. Upcycling and recycling metals and unusual materials like resins, other plastics, and even wood has become all the rage in an environmentally aware world.

As well-known South African runway and fine jewelry designer, Ida-Elsje, has proven, being bold with design elements such as African tribal influences often wins the day, as everything from natural fibres to beads find their way into up-to-date haute-couture jewelry creations.

Gems from the lab
And while lab-grown gemstones may seem relative newcomers to fine jewelry circles, their existence spans over 100 years, with the original synthetic quartz dating back to around 1890. Lab-fabricated quartz has long attracted attention for its production of an electrical current when pressure is applied to it. This quartz also responds to alternating currents, making it useful in watches, clocks, and other electrical or electronic devices.

But what exactly are lab-grown crystals? According to jewellerywise.com, lab-grown stones are “chemically, optically and physically identical” to natural gemstones without the unethical mining and social welfare issues that accompany mined stones.

Lab-grown gemstones can even be purer than their natural counterparts in the sense that they have few of the inclusions frequently seen in mined diamonds and other precious and semi-precious gems that in nature grow painfully slowly in the presence of gases and mineral elements.

To illustrate, the quality and value of natural diamonds are typically rated using a range of codes that indicate the level and size of their inclusions and purity levels, with, for instance, ‘VVS’ followed by a number defining the quantity of “very very small” inclusions and so on.

The amber ingredient
Interestingly, while too many inclusions or large inclusions negatively affect the value of diamonds and other precious and semi-precious stones, inclusions in amber are actually of huge value as they typically consist of prehistoric plant and insect life trapped in plant resin, often between 70 and 300 million years ago.

While it is common to see stones like rubies, sapphires, and emeralds grown in labs, it stands to reason that creating a nature-identical piece of valuable amber with a 100-million-year-old ant inside remains highly unlikely, although simpler synthetic amber stones without inclusions are available on the market.

Apart from the usual clarity, cut, and carat (or weight), color is the major determining factor when it comes to the price of natural diamonds. Apart from pure white or colorless, red diamonds are currently the most valuable due to their rarity, selling at anywhere from $299,000 to nearly $2 million per carat. In 2015, the Blue Moon, a fancy blue 12.03-carat whopper of a diamond sold for $48.4 million.

Carbon copies
While it is at first hard to wrap one’s head around the idea, lab-grown diamonds and gems are not fake; they’re the real McCoy. That’s because the process used to create these stones in the laboratory mimics the methods of nature, but at much greater speed. Making gemstones in this way is a lot cheaper than digging up the earth and transporting wealth from the remotest corners of the world.

As with natural gemstones, not all lab-grown stones are created equally, and often, the difference between a good and a bad synthetic diamond can only be determined in a laboratory. To prevent the global market from being flooded with lab-grown diamonds masquerading as natural gems and at the same prices, the U.S. Federal Trade Commission has put strict rules in place for trading in lab-grown stones.

Together with these measures, the Gemological Institute of America has also set up a comprehensive grading system. The laboratory-grown diamond Grading Report is used to classify loose, lab-grown diamonds ranging from colorless to near-colorless and weighing 0.15 carats and upwards. These stones are rated for quality, after which a microscopic identification number is applied to each one with a laser.

Look good, do good
Synthetic, lab-grown gemstones allow those who own the real deal to wear near-exact copies of the jewelry that’s kept in safes and bank vaults for safety reasons. And they also make it possible for those with a weakness for overdoing things to own a lot of bling at a fraction of the usual cost.

Add to this that there is no shortage of designers well-versed in creating sophisticated pieces with recycled and upcycled materials and metals, and wearing sustainable jewels becomes much more than just hype. Instead, it becomes a conscious expression of every human’s freedom and power to choose the betterment of the planet, its people, and its creatures – and still deck yourself out rather beautifully while you do so.