How Is It Changing?
Written by Pauline Muller
View in Magazine
FacebookTwitterLinkedInEmail 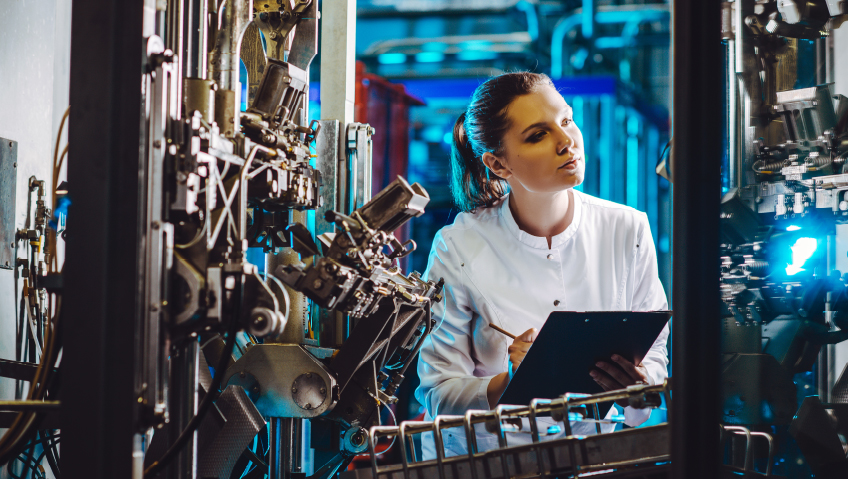 “For the times, they are a-changin’,” Bob Dylan sang, and times seem to be changing fast. It has been pointed out that 1970 is as far away from 2022 today as it was from 1918 – exactly fifty-two years. Life was vastly different for everyone, but especially for women, in the early twentieth century compared to the technological boom times following 1970. Though much has changed with regard to equality in the workplace, the challenges remain significant, yet not without hope.

Against this backdrop of change, automation and COVID-19-driven hybrid working scenarios are leading the biggest changes in labour choices that women have seen in recent memory.

In a piece titled Could The New Hybrid Workplace Turn Some Women Into Second-Class Employees? for Forbes magazine this January, Naz Beheshti underlines some harsh realities that many women, especially mothers working remotely, are faced with at the moment. Some of these include what has been dubbed America’s first female recession, named as such since four times as many women as men exited the labour force during the original COVID-19 wave.

In many cases, this appears to be due to more housekeeping and primary caregiver duties resting on the shoulders of women. Furthermore, the article reports that fewer than two-thirds of the women who left the workforce during that time have returned to their positions. It also notes that many corporate female leaders are looking at easing the demands of high-pressure careers to accommodate their responsibilities at home.

Amid these social and economic shifts, women in the workforce must adapt to the equally radical evolution of technological advances in the workplace. This will affect not only when and how they work but also what they do. With significant percentages of manual work being passed onto automation, experts advise that, while job losses are happening and more are forecast for the future, women who commit to continuous education and invest in building unique skill sets will reap better jobs and remuneration.

A recent report by McKinsey Global Institute (MGI), The future of women at work: Transitions in the age of automation, highlights the importance of women remaining flexible and up-to-date in terms of their education. A willingness to move and hone abilities is also important to consider if they are to stay abreast in the ever-changing technology race. The report also notes that by remaining mobile and current, women stand to secure higher payment for their efforts than is currently the case. In contrast, it predicts that those who do not stay ahead of the curve may have a much tougher time.

The study, conducted in 2019, sliced across twenty nations and thirty markets and stated that as many as 40 million to 160 million women may be forced to shift gears economically by considering positions that demand more sophistication than before. The types of jobs that will be increasingly available to women tend to be dictated by geography, whether they work in established or fledgling economies.

The United States Bureau of Labor Statistics has noted that women’s participation in the workforce began to rise in the late 1940s, sped up by 1970, but reached an apex in 1999 at sixty percent. By 2018, 57.1 percent of women worked, and the decline is projected to continue.

However, the McKinsey Global Institute study shows that, in contrast to the Bureau of Labor Statistics projections, female employment could rise by as much as one-fifth of current rates, which adds more than 170 million extra positions to the existing number. The report also notes that the three markets that will see the most growth in female employment are “healthcare and social assistance, manufacturing, and retail and wholesale trade.”

A 2018 study by the Bureau of Labor Statistics showed that over 50 percent of positions in managerial and professional occupations were filled by women. That includes just short of 20 percent of software developers, slightly fewer than 30 percent of chief executives, and fewer than 40 percent of lawyers. Compare this to the fact that women make up nearly 90 percent of professional nurses and over 79 percent of elementary and middle school educators, plus over 60 percent of accountants and auditors according to recent studies, and one gets the clear impression that they are, more often than not, difficult to replace with automation.

More good news is that, according to McKinsey’s projections, the United States, alongside Germany, stands to gain the most new technology-driven occupations and extra existing positions globally. It also shows that human work will be turned toward activities at which women typically excel and machines cannot perform, namely team management, knowledge and experience application, and handling interpersonal relationships.

All in all, while our workforce foundations are indeed shifting and changing, the outcomes may well be better than we could ever have imagined as long as we stay the course.