A Future of Independent Living 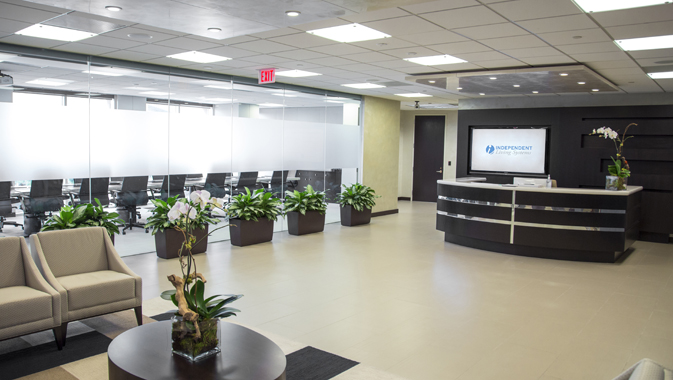 No one can dispute that experience is the best teacher. Each individual’s life experiences are the culmination of how these experiences are perceived and subsequently form the basis for an ideology and belief system. Such was the case for Nestor Plana, Independent Living Systems’ Chairman and CEO.
~
Originally from Cuba, Nestor shares that his mother had requested she never be placed in a nursing home when the family moved to the United States in the 1960s. She wanted to live out her life at home and enjoy a quality of life surrounded by family members. Nestor respected her wish and went on to realize the independent living ideology.

Indeed, he affirms that independent living could and should be the status quo in the country. This led him toward establishing Independent Living Systems (ILS) in 2001. The company delivers innovative healthcare services for at risk populations with a primary focus on transitioning long-term health care away from institutions and back into communities.

Headquartered in Miami, Florida, Independent Living Systems provides services at six locations in the United States and one in Puerto Rico. On behalf of health provider organizations, the company serves over three million individuals with a staff of more than 800 employees.

The company continues to grow and was recognized by Modern Healthcare as the nation’s tenth fastest growing company in 2013. Much of this growth can be attributed to the company’s development of an award winning proprietary software system, eCare Central, for patient care management throughout the life cycle.

With its unique long-term care delivery support for dual eligible beneficiaries (Medicare and Medicaid), the disabled and those with special needs, Independent Living Systems adheres to the premise that home and community based services represent a cost-effective, quality driven alternative to traditional institutional based care. It’s a proactive approach to health and wellness rather than a reactive approach to illness.

“We help those with Special Needs age in place and live in the community instead of living in institutions,” Nestor confirms. “The overall goal of independent living is to help patients that have chronic conditions to be able to live independently, as long as possible.”

Nestor acknowledges that, at times, a situation does warrant an individual being placed in a nursing home but suggests that with the right care management component and delivery system, “most of those patients could live in the community.”

He believes that it is the lack of both coordination of care and the appropriate resources to manage patients that are the greatest inhibitors to independent living. Independent Living Systems delivers different components through the life cycle of patient management and, “We’re very strong when it comes to the technology piece,” he says. “We’ve been able to build a class leader when it comes to care management and technology systems combined with results-oriented processes. The most important piece, however, is the human capital that we’ve been able to recruit and retain across the country,” he explains. “When you put those three pieces together – people, processes and technology, you will achieve outstanding results and outcomes.”

Nestor goes on to explain that ILS’ innovative programs enable easier navigation of the health care system for both patients and care givers. He believes that the current system is so fragmented that caregivers of patients face significant challenges navigating all of those components. “That’s what our people, our technology and our processes deliver to individuals and their families.”

Facing the Challenge of Growth
ILS is continuing its trajectory, entering the healthcare delivery market in four states in the past year and doubling the size of personnel in 2013-2014. “We expect to continue to grow at the same pace that we have been growing for the last two or three years,” shares Nestor.

He acknowledges that there are challenges on the Medicaid side of the business, explaining that entrance into a new state is different from the federal government’s Medicare program that operates the same way across the nation. “Each state Medicaid program operates differently,” Nestor clarifies. “So each implementation is unique. It becomes very challenging to recruit the right individuals on the technology side as well as local care managers… even though we are a national company, we believe healthcare is very much a local community-based and delivered service.”

A Win-Win Model
Statistics indicate that by 2050 there will be over 83 million elderly individuals aged 65 and over in the United States, almost double 2012’s estimated projection of 43 million. This statistic is largely due to aging baby boomers and is expected to present challenges not only to Medicare, policy makers and businesses but also to care providers and families.

“The health care system of today cannot continue to exist,” says Nestor, suggesting that institutionalizing patients will ultimately not be a viable option. “We have to reach each patient in the community. I believe that hospitals will become smaller and that providers will work with patients in their homes and communities.”

Speaking about the long term care side of health care delivery, Nestor notes that nursing homes cost approximately $70 thousand to $80 thousand dollars per patient per year. ILS can drastically reduce these costs to about 22 thousand dollars with their home and community based services. That’s a significant win for the federal government, the state and, more importantly, the patient. Nestor agrees that there is a space for nursing homes, but the emphasis should be on creating a space for the elderly to live independently if they can.

“Patients don’t want to be in nursing homes. They want to be able to continue to live independently. So when we coordinate and provide services in the community, it’s a win-win situation for everyone… that’s our goal, to increase the quality of life and reduce the overall spend.”

ILS is looking to expand into an additional seven or eight states in the next five years through dual demonstration or managed long-term care programs. Nestor is adamant that ILS will remain a leader in delivering these much-needed changes if only because, “the elderly took care of us when we were younger. We need to make it easier for them… the key component, I believe, to life, is being independent and being able to live your own life.”