The Future of Business Development 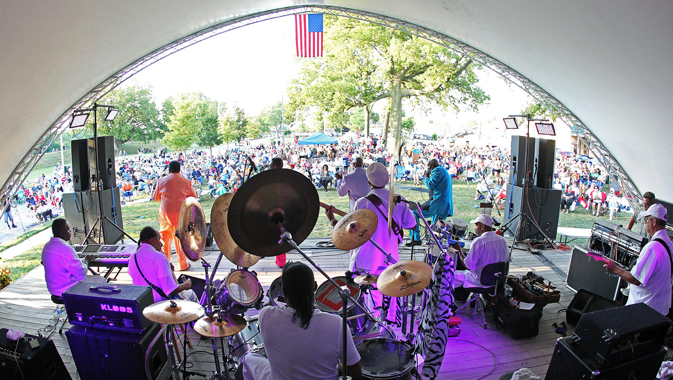 Tracing its roots back over 200 years, the City of Miamisburg remains one of the most historic locations in Ohio. Founded in 1797 and incorporated in 1818, the City was initially populated by settlers and immigrants in search of work…
~
Soon after the Second World War, Miamisburg was chosen as one of the first sites by the United States Atomic Energy Commission (AEC) – along with other operations in the Dayton area – for testing and defense technology. With the war at an end, the Mound Plant was created in 1947.

A 306 acre site, the Mound Plant was a city within a city. At its peak, the facility housed over 100 buildings, many of them top-secret laboratories and manufacturing facilities creating plutonium detonators used for nuclear weapons. With its own police force and security guards, the Mound was home to over 2,000 workers at one point, and once the Cold War ended, began focusing its efforts on the space industry, making nuclear power generators. In its heyday in the 1970s and early 80s, under the auspices of the U.S. Department of Energy (DOE), there were 116 buildings on-site and about 2,500 employees – 600 of them holding PhDs in science, engineering, mathematics and other disciplines – making the Mound the largest concentration of PhDs in the country. The largest employer in Miamisburg at the time, many workers settled in the area, raising their families, supporting local businesses, and helping contribute to the tax base.

History changes things. Originally a post-Cold War facility opened in 1947, the DOE announced Mound was to be de-commissioned and vacated in the early 1990s. A huge economic generator in terms of income tax collection, many of Miamisburg’s 20,000 residents said no, and rallied to support the Mound. “The community rallied behind the aspect of, ‘you can’t just put up a barbed wire fence, turn off the lights, and walk away from this thing,’ so we spent a lot of energy and political capital, and worked with our legislature and our congressman in Washington to make sure the federal government cleaned that site up,” explains Chris Fine, Development Director for the City of Miamisburg. “So the focus was to clean it up to an industrial standard, so that we could then focus on redeveloping it as a business park.”

Firmly committed to the project, the City of Miamisburg in Montgomery County, Ohio, elected officials, and locals all worked together to transform Mound from its former use as a site for researching and innovating nuclear triggers and battery systems for use on NASA space missions to a large, accessible site for new and established businesses alike. Instead of mothballing the site, the decision was made to make it an asset reuse.

Before the site could be transformed into a commercial real estate development, a massive environmental clean-up effort was required, and 104 of the original 116 buildings at Mound were demolished as they were deemed not conducive to future economic development.

After about 14 years of extensive cleanup, the City of Miamisburg gathered in October of 2010 to celebrate the completion of the process and the rebirth of the Mound Plant as a private business and technology park. Now the Mound Business Park, the site remains at 306 acres, and is under the auspices of the Mound Development Corp. (MDC), an economic development arm of the City of Miamisburg, responsible for overseeing the conversion.

Mound Business Park: Open for Business
“Everything is finished, and we are open for business in terms of economic development,” comments Fine of the site, which has been cleaned up to an industrial standard. Starting as a city planner a decade ago with Miamisburg, Fine, an Ohio native, was promoted to Development Director in 2009. Previously working with the City of Dayton before coming to Miamisburg, Fine has a seat on the Mound Development Corporation Board of Directors, where he works closely with Eric Cluxton, the President of Mound Development Corp., on business attraction and retention efforts, working with existing businesses on expansion projects and other key areas.

For prospective businesses, the advantages offered by the Mound Business Park are numerous. Any building and/or land is for sale or lease at the debt-free property, which is owned by the Mound Development Corp., the City of Miamisburg, and the Department of Energy. The Corporation will look at any formal offers from brokers, and will give lease with offer to purchase, or release with offer to build. Recently, a building was sold to a well-known sports company headquartered in California, which will see its marketing and creative group housed at the Mound. For Mound Development’s President Cluxton, the changes are welcomed and are a sure sign of progress not only for the site, but for the entire City of Miamisburg.

“It is entirely different than what historically existed here for many years, which was laboratories, science, engineering, that type of work,” says Cluxton. “What we have here now is sales, creative, marketing… we still have labs and scientists, but we are evolving to what the market demands – local, regional, and national.”

As head of the not-for-profit organization, Cluxton brings not only a wealth of experience to his role, but true leadership strengths. As a former commercial banker with 26 years of experience – and another six years in the insurance / risk management industry – Cluxton was on the Board of Mound Development Corp. for nine years, Chair for four, all the while learning about the organization before moving into leading it about a year and a half ago. “We offer very lucrative, attractive terms on leasing and purchase arrangements, because we have no debt,” says Cluxton, whose executive committee has a senior commercial real estate manager on board.

“We have helped to organize and coordinate companies to grow and prosper,” comments Cluxton. “We have worked with them to negotiate leases either short-term or long-term. We have helped them to connect with interested partners in the region for employee training and access to capital. We have been a catalyst for connecting the dots. We will do what we have to do to make it happen.”

Attracting Businesses
Along with Mound Business Park, there are many other amenities bringing businesses and new residents to the City of Miamisburg. The Mound site is in close proximity to Interstates 75 and 70, and close to residential housing, a state park, and a nine-hole municipal golf course. The Dayton-Wright Brothers Airport is just five minutes away, while the Dayton International Airport and Cincinnati International Airports are just half an hour and an hour, respectively, from the Mound site. And then, there is the City of Miamisburg’s historic downtown area, the revitalization and preservation of which has been actively supported by the city and residents, and which remains known for its entertainment, dining, and many other activities.

“One of the things that makes Miamisburg a unique community is that we have a historic downtown,” explains Fine. “We are the only community in Montgomery County outside of Dayton that really has a turn-of-the-century downtown business district. We are making sure to market downtown to those businesses, because it is just down the street from Mound.”

Along with Mound Business Park, the City of Miamisburg boasts the new Austin Blvd. interchange on Interstate 75. The Austin Blvd. interchange is presently being marketed by various property owners, realtors, and the city itself. Ideally located, the interchange has significant acreage for uses such as office space, light industrial, retail, and hospitality. “We have about 210 acres at the new interchange,” states Fine, “and about 170 of that is vacant and ready for development. Called the Austin Business Park, the space is home to a new 63,000 square foot building, which is over 50 percent occupied; once it is completely filled, the developer will construct another building. Located just a few miles from Miamisburg’s downtown core, Austin Business Park is the City’s most recent economic development initiative and is critical to the City’s economic future. In the next five to ten years, the area will be home to many new businesses and thousands of new jobs for the community.

“We have a vested interest in seeing the interchange area developed, and bringing businesses and jobs to the area,” says Fine of the project. “It will be a major economic development driver for this community for many years to come.”

“The City of Miamisburg is a great environment for business success,” comments Fine. “We continually reach out to our existing businesses to offer assistance in any way we can and at the same time are recruiting new companies to the community either at Mound or Austin Business Park. Our previous successes have proven that we will be as aggressive as we can to make projects become a reality.”

The City’s Mayor, Dick Church, Jr., agrees. “Miamisburg has traditionally been aggressive in matters of economic development, and we’re very fortunate today to have diverse opportunities available to the private sector. Businesses have responded to those opportunities and helped make this a vibrant suburban community,” he says.

From the repurposed Mound Business Park to preserving the charm and character of its historic downtown area, to the growing Austin Business Park, the City of Miamisburg looks forward to welcoming businesses and residents alike today, and into the future.