Made in the USA 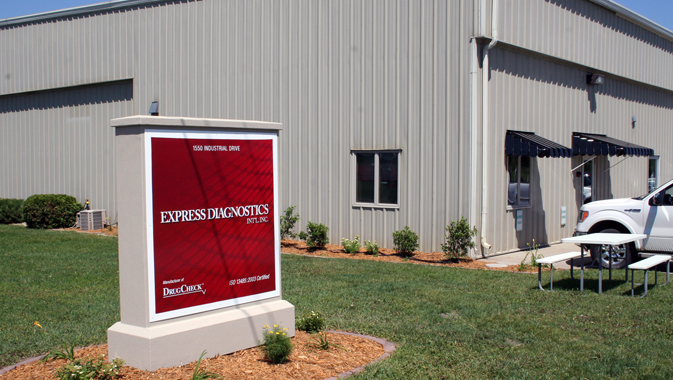 In recent years, an increasing number of US companies have begun outsourcing labor, materials and processing overseas in what many have described as a cost-cutting measures, but Express Diagnostics is living proof, that there is nothing sweeter, or more lucrative, than homegrown growth.
~
Express Diagnostics INT’L, (EDI) was created by four partners with backgrounds in toxicology, healthcare and law enforcement. At first, EDI operated as a distributor of a single drug-testing product, working small-scale in the domestic market.

Quickly, the company realised the potential to grow through effective automated processes, improved technology and American-made production, igniting a new wave of competition into an industry historically dominated by major Chinese manufacturing firms. By 2010, the firm had undergone a substantial expansion, relocating to a major industrial facility and diversifying its product offerings to serve the evolving needs of the drug testing market.

Today, it is the only leading American drug testing brand operating in the wider global marketplace. It averages twenty percent growth annually over the last five years and shows no signs of stopping. More recently, EDI’s in-house research and development department has emerged with groundbreaking drug testing products, and now the firm has its sight set on the healthcare sector.

Despite its widespread domestic and international success, an in-depth look at the company’s growth and continuing innovation makes it clear that the world has only just seen the tip of the iceberg when it comes to EDI’s overall market potential.

Express Diagnostic is a business model built on efficiency and innovation and an American-made success story that illustrates the benefits of homegrown industry. The company primarily services the workplace testing market and the governmental sector that includes military, police and corrections. It operates both internationally and domestically but, no matter where EDI products are found, they are always American-made.

Paul Johnson, CEO of EDI affirms, “Everything we research, develop and commercialise from the US.”

Drug abuse testing is a multi-billion dollar industry; needless to say, newcomers rarely appear, much less survive. The highly competitive industry was built on longstanding legacy of Chinese ownership and Express Diagnostics faced an uphill battle in its journey to success.

“We knew we wanted to grow and expand the business, but it became evident fairly quickly that we needed to make adjustments to compete in a now highly competitive market based on the imported products from China,” Johnson explains.

The partners developed a business plan and determined that it would be possible to compete with the major Chinese-run corporations through the strategic combination of location, automation and a highly trained US workforce.

“Within five years we had acquired a 30,000 square foot facility in rural Blue Earth, MN. We immediately began to build out our manufacturing so we could remain a US-made product and compete in the global market.”

Express Diagnostics set out to create an American brand, driving the business with top-of-the-line innovation and quality products. Johnson elaborates, “We made the decision to keep things here (in the states). We had to find some unique ways to keep costs down and do things better than our Chinese competitors, and that’s exactly what we did. Our business went from 98% domestic, to nearly 50/50 domestic and international and all of manufactured and distributed from our Minnesota location.”

Despite the initial appeal of outsourcing, or relocating aspects of the labour overseas, Express Diagnostics’ commitment to remaining American-made has benefitted the company’s growth in the long run.

“100 percent of the raw materials that go into our products are derived from the US, with 75 percent of that right here in the Midwest. We get consistently higher quality materials from the US than we can from importing them. As well, lead times are shorter, supplier responses are quicker and, truth be told, the pricing is competitive and, in some cases, cheaper. There is a huge perception that materials from China or India or Taiwan, to name a few, are cheaper than the US. I can unequivocally tell you that is not the case when you factor in transport, inventory, carrying costs, etc. The bottom line for us is consistent quality, and we get that – can control that – with materials from the US.”

Organizations continue to choose EDI’s products over the competition and, according to Johnson, it all boils down to quality. “They choose our products based on quality. They recognize US-made product as consistently high in quality versus the cheaper imports – and that’s not perceived; it is fact.”

EDI has invested heavily into the development of a diverse cohort of highly trained staff, seeing experiential knowledge as a priceless asset toward sustainable growth. “This (growth) couldn’t have happened without the dedication and loyalty of the one hundred plus team members… We couldn’t have a more competent, dedicated and loyal workforce. The (staff) are the best of the best,” explains Johnson.

“Within the industry we serve, our products are revolutionary and we have been instrumental in shaping the rapid drug of abuse testing market as a whole.” Express Diagnostics’ research and development department is responsible for innovations that respond directly to emerging drug trends.

As new types of drugs emerge, drug-testing companies are challenged by the task of formulating accurate detection systems. Express Diagnostics has developed some of the first tests for currently untested drugs of abuse in the rapid test market, drugs which include the likes of K2, ETG and GHB.

EDI’s Saliva Scan rapid drug test device was the premier test of its kind in the way it collects, tests and retains a sample of the donor saliva. As the firm leads the way in original drug testing solutions, it has created some of the most prevalent drug testing technologies in the market, often setting off manufacturing trends that competitors quickly endeavour to replicate. It is this cutting edge innovation, facilitated by automation, science and a skilled workforce, that keeps EDI ahead of the curve.

Express Diagnostics has a long legacy of manufacturing rapid drug tests for abused substances, but more recently, the firm has begun to diversify its offerings, developing new technology that will move it into the healthcare industry. The POCT (Point of Care Test) is a staple of the healthcare industry and a process that Express Diagnostics has perfected with a groundbreaking new development. The firm has reformatted what has traditionally been a semi-quantitative test, to a quantitative test, making the result more readable and accurate.

While the rapid drugs-of-abuse testing market remains the company’s stronghold, this new technology, which integrates the existing skillset of the firm, will take Express Diagnostics to new heights and new industries.