A Company with Heart 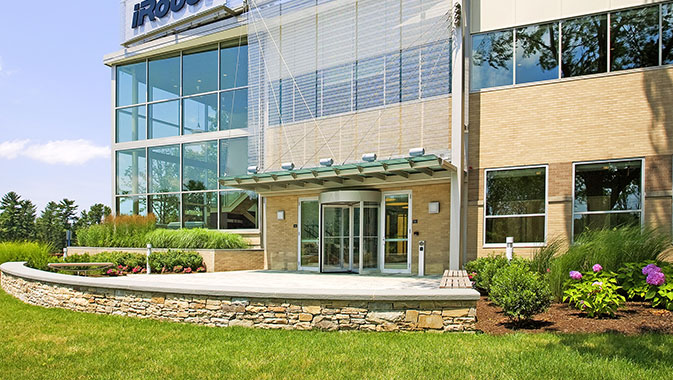 The Quincy based business is recognized for more than simply superior project delivery and outstanding customer service; JC&A is also a company with heart, well known for its deep commitment to the community. In fact, JC&A has earned a Boston Business Journal Citizenship award for its philanthropic efforts eight years in a row and was named “Regional Service Provider of the Year” by CoreNet. 

After featuring JC&A last March, we checked back in this month to learn about some of the company’s latest projects and recent philanthropic efforts, as well as its ongoing commitment to training and safety.

Projects
The last time we featured JC&A, the company was wrapping up the construction of Boston One, Schneider Electric’s new North American headquarters in Andover, Massachusetts. The project has been successfully completed and earned LEED Silver certification for its utilization of green building techniques, including a chilled beam mechanical system. The large scale project required eight hundred pieces of steel weighing a whopping 315 tons, and will house 850 employees.

With a team that included Leggat McCall, Perkins+Will, CBRE, and RDK Engineers, JC&A renovated an existing 159,000 square feet and added a three story addition, adding an additional 77,000 square feet to the building. The work involved a significant tenant improvement package totaling 236,000 square feet to both the existing building and the new addition, including a combination of open office, closed executive offices, conference rooms and dry labs. First floor amenities include a large conferencing and training center, full service cafeteria, leading-edge fitness center, and a hospitality lounge.

Boston One also has 53,000 square feet of StruxureLabs, where Schneider Electric engineers test and validate products that go into real-world customer deployments. The curved, glass paneled building houses the Schneider’s Discovery Center as well, which allows visitors to learn about the company’s history and test its solutions through simulated demonstrations using 65-inch interactive panels.

JC&A, along with studio TROIKA and WB Engineers, recently completed a major construction project at Boston Harley-Davidson in Revere, Massachusetts, one of the largest full service Harley-Davidson dealerships in New England. The team successfully stripped the building envelope down to the bones and delivered a “cutting-edge new space that reflects the attitude of the Boston Harley Davidson brand,” reports Maureen Rystrom, JC&A’s Director of Marketing. The 60,000 square foot gut renovation transformed two existing core and shell spaces into a new showroom with service, sales, office, and bike storage spaces. The interior work involved a full demolition down to the building envelope and the build-out of a brand new MEP/FP, as well as all architectural components. The exterior work included site work, underground utility services, repaving, and landscaping. The team also completed comprehensive structural upgrades, including 100 new 40’ deep piles, in order to bring both buildings up to current code standards.

A recent project for The Park School in Brookline, Massachusetts required a special level of coordination, since the work took place during the school year and the team had to limit the project’s impact on the school’s daily routines. JC&A partnered with NBBJ to build a 17,000 square foot classroom addition to the school’s existing main building, as well as a 7,500 square foot renovation of existing classroom spaces and the library. Site improvements included revisions to the school’s roadway, expansion of parking, and utility upgrades.

In another noteworthy project, the team of Packard Design and WB Engineers renovated 180,000 square feet to the headquarters for iRobot, which creates Roomba and Scooba home vacuuming robots as well as unmanned military vehicles. The state of the art Bedford, Massachusetts facility includes a museum to highlight iRobot’s products and history, research and development space, executive offices, and conference rooms. The headquarters boasts a new entry façade as well as unique architectural features including a zigzagging hallway that connects the workstations and R&D testing areas and a new community center.

Philanthropy
JC&A founded the non-profit Team IMPACT to improve the quality of life for children facing life-threatening or chronic illnesses. The program invites these kids to become an official member of a college athletic team for the duration of their treatment and beyond, creating an invaluable team-based support system for the children and their families. Based in JC&A’s headquarters, Team IMPACT has grown to include over 18,000 program participants within 300 schools across 42 states. By the end of this year, Team IMPACT hopes to have 25,000 program participants and reach more than 850 children suffering from multiple sclerosis, cancer, cystic fibrosis, mitochondrial disorder, strokes and other illnesses. The non-profit’s long term goal is to be on every college campus in the United States. Team IMPACT’s next big event will be a gala on April 2nd that will create awareness and raise additional funds for the charity.

JC&A’s in-house philanthropic committee, JCAres, supports a variety of charitable groups, non-profit organizations, and institutions including On the Rise, Heading Home, Boston Ballet’s Share the Magic, the Jimmy Fund, IRSF, Make a Wish, and more. Volunteerism is core to JC&A’s company culture, and employees are enthusiastic participants in the firm’s many philanthropic endeavors. Most recently, the team completed a coat drive for On the Rise to provide winter clothing to Boston’s homeless population. This is one of many times that the team has worked closely with On the Rise, a day program that seeks to create a community where women have the relationships and resources that they need to escape homelessness.

An added benefit of volunteer work is the team building that it promotes within the company. For instance, just a few days ago, staff members gathered around the conference table to make fleece blankets and assemble care packages for On the Rise. In doing so, the team provided a much needed service while strengthening connections with one another at the same time. Other shared volunteer activities include charity / awareness walks, cornhole tournaments to benefit charity, building a pirate themed tree house for Make a Wish, building a new bakery for the St. Coletta and Cardinal Cushing School of Massachusetts, and converting a basement into a handicapped accessible living area for a child involved in a hockey accident.

Self-Improvement
JC&A works hard to continually develop and hone the team’s skills. The company created JC&A University to provide a formal structure to guide this development and ensure excellence. Training covers best practices across a wide variety of subject matters, from construction techniques to communicating and collaborating effectively. Safety is always stressed and efforts go beyond standard OSHA training to include CPR and first aid training for the entire office, not just employees working in the field.

The company has ramped up its training program recently, implementing regular educational sessions by a rotating roster of team members. JC&A encourages employees to move outside of their comfort zone and teach fellow employees, utilizing home grown talent and spreading a remarkable variety of knowledge throughout the company. “We are all responsible to teach a class to the whole group,” says Ms. Rystrom. “We are using our in-house resources to educate the whole company.” For instance, as a marketing professional, Ms. Rystrom might teach a session on branding and social media initiatives, while the Chief Operations Officer might lead a session that goes over the various types of contracts within the construction industry.

With a long list of high profile projects and ongoing in-house training, JC&A is well positioned to continue growing; but growth is not a goal in and of itself. “We don’t grow for the sake of growing,” President Jim Cahill states. Instead, the company is focused on delivering the highest quality work possible. Of course, top notch project delivery is a good formula for expansion, so it comes as no surprise that the company has been ranked by Boston Business Journal as one of the “Top 50 Fastest Growing Private Companies” in the area. As the company grows, so does its philanthropic reach, a win-win for everyone involved.