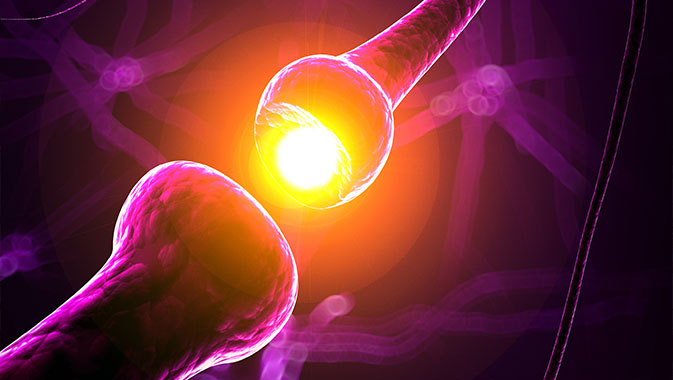 Born and raised in Sault Ste. Marie, Ontario, Tom Garside has lived a relatively normal life though he was diagnosed with cerebral palsy at an early age. With concern for his future mobility, Garside knew that his own issues needed to be addressed and that the technology existed to do so. He just needed to find a way to take advantage of it.
~
The movement disorder cerebral palsy has left Tom Garside reliant on canes, manual wheelchairs, and more recently, a motorized scooter which allows him to more easily travel long distances, especially since he commenced graduate studies in the Faculty of Information at the University of Toronto. Tom extensively researched the growing market of powered, assistive devices and found a number of these technologies were in their rudimentary phases, such as the Honda Bodyweight Support Assist and devices from Cyberdyne.

Building upon the knowledge base he developed over his time at Algoma University in Sault Ste. Marie, and later as he prepared to enter into his graduate studies at the University of Toronto in the fall of 2013, Tom started to play around with the idea that his research could become something more, potentially resulting in a custom-made, powered assistive device.

In September, 2013, Tom began his graduate studies, moving over 600 kilometres away from home to do so. Two months later, he approached Professor Matt Ratto, a professor of his who worked in wearable electronics. Together, they started to ponder the idea of obtaining one of these prototypical devices from Honda or Cyberdyne and using it as a research project that could be custom-developed to improve Garside’s mobility.

Professor Ratto introduced Tom to the dean of the Faculty of Information, Seamus Ross, who voiced his support for the project. The three came to a conclusion early on that it was unlikely that they would be able to acquire a product that was currently in the development stages from any of the companies that were currently operating in the powered assistive devices market. The trio decided upon a capstone project as the best way to proceed. In a two-semester long project, students would complete independent research projects on the topic of their choice. This would be an electrical engineering capstone for which students would produce a unique final project to prove their skills. Tom, already a member of the University of Toronto Engineering Toastmasters (UTET), though not an engineer himself, knew exactly where to start.

Tom approached UTET, addressing his personal issues with mobility and his desire to develop a device that would increase his mobility and thus improve his quality of life. From this, he got in touch with Professor Paul Yoo who advised him of ECE496: an electrical computer engineering course for which capstone projects are undertaken. Tom posted his project amongst the other proposals for the students to consider for their capstone projects – and the rest, as they say, is history.

This was the major turning point for Tom, as four students agreed to take on his project. Elizabeth Sumitro, Kayatri Rangaranjan, Lakmini Perera and Shakthi Seerala set about to create powered knee braces that would assist him and improve his stability, endurance and strength. The device would essentially give him the opportunity to walk without the need for canes and manual wheelchairs anymore.

Using his understanding of knowledge management and information management, Tom did not stop there. “I knew right off the bat that, because it is a rehabilitation project as much as anything, that we would need people with an expertise in kinesiology or biology,” he explains.

Garside explains that the project needed “someone to be able to provide information and some technical support, someone who had access to the equipment necessary for testing that an engineer might not be used to doing.” He wanted to recruit a team of people who could do work in their best fields through interdisciplinary collaboration. The approach was necessary for the purposes of this project as time was of the essence, and there was no time for team members to learn even the very basics of each other’s disciplines. Professor Luc Tremblay of the Department of Kinesiology came on board and has been instrumental to the project. His efforts are greatly appreciated by Garside.

Similarly, Garside recruited Tetra, a nationwide charity that recruits volunteers with engineering and technical backgrounds to create one-off, custom-made solutions for people with disabilities. Through Tetra, Tom was connected with Ken Strauss, a retired computer software developer with an education in electrical engineering. “The U of T project started as a collaboration between Tetra and U of T, and I was naturally attracted to it,” explains Strauss.

Strauss was given the task of designing and fabricating the mechanical aspects of the project, including the motor attachments, linkages and leg attachments, which he did from his home workshop. With the four engineering students contributing to the electrical work and sensors, Garside had assembled an impressive team that made him optimistic about the potential for results.

“I’m interested in it for rehabilitation, but I think beyond the limited market for the born disabled, like myself, the naturally aging population in North America, Europe and Japan are really going to get a lot of benefit from this,” shares Garside. He compares waiting for the project’s completion to the anticipation of waiting for Christmas morning, though this is certainly much better for him!

The powered knee braces are intended to increase a number of different metrics for Garside, including improving his range of motion, muscle mass and even his cognitive ability to plan out steps. The braces are powered by high-end, off-the-shelf, radio-controlled motors, which are strong enough to carry his body weight. The gear ratios of the powered knee braces will give Garside an extra one-third or more horsepower when lifting his knees up to take a step.

Garside has limited leg functioning, so the knee braces have been integrated with his body signals and take input from his legs to help him move forward. Working on two independent yet complementary systems, a series of pressure plates in the feet and electrodes reading the signals from his muscles will translate information from Garside’s body to initiate a step.

The powered knee braces will help Garside bend his knees to take a step forward. Using off-the-shelf motors has made the project far less expensive than it would have been if a custom motor had been necessary for this project. The brace will require minimal maintenance, most of which Garside will be able to manage on his own.

There has been a concern that this will push Garside too far, too fast, but he is ready for what is to come and believes in the rehabilitative capacities of this project, especially given that it builds upon his own body functioning. Garside compares the project to riding a bicycle; it extends his ability to move, helping movements to be more efficient and effective.

Studies have shown that these devices will not cause muscles to atrophy by taking over for them. In fact, research conducted by Honda shows that muscle activity actually increases when people use these devices. The devices allow the users to keep and extend their range of motion and muscle mass, making it useful for those with disabilities and the elderly alike.

Garside hopes that this project is about more than just his mobility; it is his desire that the industry will continue to develop and affordably market these types of projects. He is also excited to see how the powered knee braces will affect different aspects of his life. Will his range of motion be maintained when not using the devices? Will he experience less fatigue when walking? And will it affect his cognitive abilities, giving his brain freedom to focus less on balancing and more on everything else?

Though Garside and the team do not know where this project will go from here, they know that it is a special thing to be a part of. “This project is an opportunity to work with the right students who are doing something to make lives better. Projects like this provide huge opportunities for Canadian innovation and perhaps growth into businesses to replace our disappearing manufacturers,” shares Strauss.

The school term ends this month, with the project being submitted, evaluated and then handed over to Garside. Giving full credit to U of T for its support, as well as every person who helped this project along the way, Garside is proud of the resulting collaborative efforts. Spearheaded by a group of individuals, most of whom are in their early twenties, this project has proven to be an inspiration to many.

Though Tom remains modest and diverts all credit to his team, Hamed Der, an administrator from Tetra, refers to the project as “The Garside Project,” believing that Tom’s surname lends itself well to a project of this capacity.

Tom Garside has assembled a group of very capable, intelligent, thoughtful individuals who are helping him take the next steps towards his future. The powered knee braces will give him increased mobility, taking his capacities to a new level and hopefully acting as a catalyst for bright and prosperous futures for those who have been actively involved with The Garside Project.