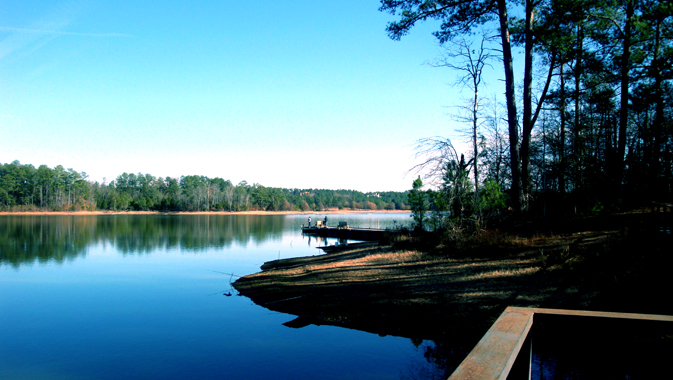 The city of Conyers in Rockdale County, located just east of Atlanta, is a case study in the power of creating a business-centric economy. With 15,000 residents in the city of Conyers and over 85,000 in Rockdale County, the area provides the perfect mix of suburban comfort and urban opportunity.
~
From the manufacturing sector to professional services and even the film industry, the local economy in this metro area is anything but average. Conyers Rockdale offers the promise of accessibility, affordability and, most importantly, opportunity; a combination which has made the community a hot spot for industrial development.

Rockdale County is located in a corridor of Georgia that first built its reputation as an industrial leader during the 50s and 60s. Today, the county remains a strong innovative leader in home grown local manufacturing. In the last year, Rockdale imported 1.8 billion dollars in goods and services into the county and exported nearly 2.8 billion.

Throughout recent years, the Atlanta metro area has progressed from being just industrial manufacturing to being a technologically driven, advanced manufacturing sector as well as a growing biotechnology sector and major center of television and film production today. Located right on a major interstate and situated strategically outside one of the biggest cities on the continent, Conyers Rockdale is a prime spot for industries that demand quick and easy transportation access and global shipping capabilities.

Marty Jones, the executive director of the Conyers Rockdale Economic Development Council, believes in the importance of the area’s location. “Everything matters: our community, our infrastructure, everything, but location is key.” As a result of this strategic location, raw materials are delivered and exported both by rail and highway extremely quickly and efficiently across the South, the Midwest and beyond.

Rockdale’s land accessibility is one of its biggest assets, as manufacturing and distribution turnaround times are expedited, improving the overall return on investment for major industrial operations across the board. However, in the age of globalisation, the importance of both land and air transport cannot be understated.

Another primary advantage of Conyers and Rockdale County is the proximity to Atlanta’s major international airport. As one of the biggest airports in the country, Hartsfield- Jackson, Atlanta International Airport connects Rockdale to the world, facilitating new business partnerships across international lines.

Rockdale has harvested a sturdy international reputation, emerging as a prime spot for accessible, affordable business growth. Today, in Rockdale, multinational corporations have a substantial and expanding presence.

With successful companies like AT&T, Acuity Brands Lighting, Golden State Foods, Hill Phoenix, and Pratt Industries, Rockdale’s diverse economic footprint is a testament to the benefits of continuing development in the county.

Rockdale County’s rich history in manufacturing remains a fundamental component of the county’s industrial footprint. As the manufacturing industry has faced mass changes with the rise of automation and technological advancement, Rockdale has emerged as a new hot spot for advanced manufacturing firms. The area’s recent growth is the result of not only its geographically advantageous positioning, but its unique business-friendly infrastructure that provides public support for ambitious private growth.

Industry is a goal for most places, but in Conyers Rockdale, a commitment to business-friendly infrastructure is an intrinsic part of what has made the area so successful for decades. “We have a history of making things here, and we are still doing that today,” explained Jones.

One exemplary illustration of the area’s relentless commitment to economic development is the Conyers Rockdale Economic Development Council’s on-going work within the larger corridor. The inter-county effort has created a vast network of professional support services, educational opportunities and growth initiatives, which have driven the betterment of the area as a whole.

“We are in a great place, the county is really strong independently, but the surrounding counties are an important part of the overall development. We really support each other,” said Gina Hartsell, the project manager of the CREDC.

Companies seeking relocation, or expansion, in Rockdale have the benefit of extensive economic privileges. The state of Georgia is an extremely growth-friendly environment, offering low state corporate tax and generous incentive programs for new and growing businesses.

Rockdale County is also well-known for its commitment to working with, instead of against, businesses in terms of tax incentives. For this reason, the City of Conyers and Rockdale County has recently attracted considerable business growth from both out-of-state and international firms seeking to reposition spending to accommodate inward investment and growth.

“Employment opportunities and existing businesses are expanding in Rockdale. It’s a great place to do business, and we are really committed to assisting companies achieve their goals,” said Mr. Jones.

Rockdale County is home to a diverse array of manufacturing, distribution and professional services companies, but quite possibly the area’s most unique feature is its strong connection to the booming film industry in Georgia. Although we usually associate the glitz and glamour of the movies with Hollywood, Georgia, and more specifically Rockdale, has become an unexpected hot spot for movie production.

Today, Georgia’s film industry is worth over 5.1 billion dollars, and, with the growing popularity of a film-specific tax incentive program, the value is quickly increasing. Gina Hartsell, also the Camera Ready Film Liaison for the community, works closely with the state film office as well as the film industry productions to bring these projects to Conyers Rockdale. CREDC has made a deliberate effort to not only welcome the film industry, but to create infrastructure that would support the broad needs of the sector thus creating an economic impact as well as new jobs. The excitement of hosting the likes of Ben Affleck and Jack Black is hard to deny, but the film industry has also led to a diverse range of employment and business opportunities for businesses and residents of Conyers Rockdale.

“Because of the state’s film tax credit incentives, Georgia ranks third behind New York and California as the preferred location for film production. Georgia has major studios completed and new spaces still under construction. Our universities, technical colleges and state funded training facilities are educating the workforce to support the productions, from start to finish, preproduction to post production,” Ms. Hartsell explained. Rockdale County’s natural landscape and location may have been the initial draw for the film industry, but today, the area’s facilities and trained workforce are what ultimately make it a smart choice for streamlined and affordable film production.

As part of the Greater Atlanta-Metro area, Rockdale has immediate access to all of the comforts and amenities of the big city. With an award-winning school district, a nationally ranked health care system and a plethora of recreational opportunities available, Rockdale’s residents can take advantage of not only professional growth, but also a quality of life that is hard to match. The large workforce is good news for businesses, but the growing number of jobs is even better news for job seekers.

“This is really a great place to live. You have access to an urban environment, but at a lower cost. It’s a good quality of life,” said Jones. “And the industry here is always growing.”

As more and more businesses call Rockdale home, the workforce, training and employment opportunities in the county are following suit. “The employee base is here. If you have a job to get done, there are people here who can do that for you. There are always opportunities here to grow professionally,” said the project manager.

As a metro area, Conyers Rockdale is big enough to compete but small enough to enjoy. The area offers all of the necessities of happy living including fine dining, walking trails and maintained parks, local events and festivals, and even a monastery. Meanwhile, all of the amenities of big city living are just a stone’s throw away.

A business-centric environment may ignite growth, but in the end, it is community and quality of life that maintains it. One look at Rockdale’s expanding tax base and industrial development and it is clear that the area has an abundance of both.