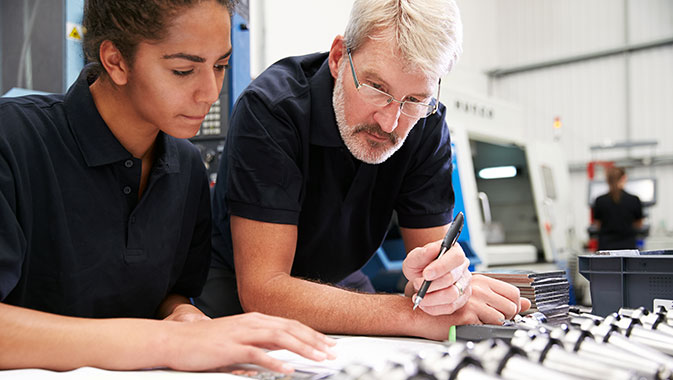 Diversification is the key to longevity in the world of business. By adapting to market trends and exploring alternative products and services, a company gives itself the greatest chance of survival…
~
Simply relying on a limited set of skills or products will soon find a company on a downward trajectory. The people at HTT, Inc: World Stamping know this. Having been in business for over thirty years, it is safe to say that HTT is a company which has placed itself one step ahead of its competitors by expanding both its services and its skills in order to meet the growing demands and challenges its customers face.

The company was launched in 1985, a humble operation named High Tech Tool and Die Inc. which was simply a precision tool and die shop. Greg Noble, President from HTT, explains that the initial decision to expand from its original business model was through necessity rather than choice. “Like so many of our competitors, they started in tool and die,” he says. “The owner at that particular time was a journeyman tool and die maker. He moved the company into the stamping business to meet the needs of a customer who needed some precision metal stampings produced from the die made by his business.”

HTT, Inc. is now a full service metal stamping company which offers a complete product, from concept to completion, to its customers. Noble likens the service HTT provides to being a one-stop shop. “We are a company that makes metal stampings and metal fabrications. We prepare and propose a solution to our customers’ metal stamping or fabrication need. In many cases, they will have the design of a product that they need or in some cases they will have an idea or a concept. We would then use our engineering staff to help them to get from concept to the final product.”

The company experienced moderate growth over the next fifteen years but it was in 2000, when the company was purchased by Landmark Group, that things really began to take off for HTT. Around that time the company model was an even split between offering tool and die and metal stamping services. An overreliance on one particular industry was noted and the decision was made to explore other areas if the company was to meet the potential the new investors believed it possessed. “They were very much involved with the automotive industry,” explains Noble. “We took the company and focused more on the stamping sales because we knew that those were going to be repeat sales. We also wanted to diversify the company; that was our big strategy. We wanted to leverage our automotive stamping experience and expertise into numerous different markets. We continued to build tools and produce stampings but as we grew the stamping segment of our business, it was difficult to find enough skilled talent to continue to build tooling. We have had to limit the building of new tools so we can use our skilled tool and die associates to maintain the tool quality required for the business.”

Venturing into new industries can often bring challenges for a company. The need to up-skill and learn about new markets is one hurdle than many companies simply cannot get past. However, the HTT team recognized that they already had the required skills and products at their disposal to service a greater number of industries; the only change needed was one of focus and attention rather than process. “It was really a decision to go out in search of a variety of customers, not just automotive,” says Noble. “We wanted to show other markets the technology and the capabilities that we had.” This shift in focus has led to expansion in a number of areas, giving HTT a broad and varied portfolio. “Right now we are very diverse – we are in automotive, plumbing, food service, engines, fire suppression, diesel fuel systems, recreation, as well as products sold through retail.”

This diverse customer base is really what sets HTT apart from its competitors. Jim Timler, Sales & Marketing Director at HTT, recognizes that this in-house knowledge and the ability to guide the customer through the process from beginning to end is an invaluable aspect of the company’s strength. “Our big strength and our competitive advantage is our engineering expertise,” says Timler. “We are able to take a design or a concept and look at it, make it into a product that can be manufactured, that fits well in our customers’ systems. That really separates us from our competition.” Noble added, “Our tag line is ‘world class metal stampings.’ I believe it means world class products made by world class people with world class equipment and world class quality.”

Eighteen months ago HTT purchased the assets of another local company. This venture greatly increased the footprint of the company and it was this rapid expansion that has proved to be one of the greatest challenges the company has faced. “Now we have over 160,000 square feet of manufacturing space,” says Noble. “Transitioning was a big challenge over this time but I will say that the people that are here certainly met the challenge and made everything happen. They made it extremely efficient and proved the biggest asset HTT has are the over 120 people who work for us.”

He credits the staff at HTT for making the transition a smooth one. However, it was not simply an issue of scale that HTT had to deal with; alongside that, the company had to integrate a number of new products, customers and services. “We doubled our sales and we grew the manufacturing facility to over four times our original size. At the same time, the purchase increased our technology offering dramatically. We now have not only stamping and secondary operations; we also have robotic welding, secondary value-added operations, powder coating technology, and many other services that we offer our customers.”

Having gotten over the growing pains that surrounded the integration of new operations and working on a much wider scale, HTT began to recognize the immense benefits that were to be gained from this expansion. While the company had previously been forced to subcontract certain aspects of its business, the team is now in a position where they can offer the complete service to clients. “We are in a situation now where we can expand our customer base and it really comes down to the total value, high quality, customer service, on time delivery and a fair price that we have been able to give these customers. I think the greatest thing that we do here is to take the design from concept, all the way through to the final product while giving the customer much more value for the competitive dollar. We give a lot of value to our customers; we have world class customer service. If anything does happen we are right there to make sure that it goes the right way.”

Ask any manufacturing company in the United States today and they will all say the same thing. The greatest challenge they currently face is a lack of skilled workers to meet their needs, either in terms of quality or output. HTT is no different in this regard. Noble admits that it is a challenge but recognizes that there are ways of addressing this issue. “The biggest challenge now – and you will hear this anywhere – is getting the skilled people that are required to run a high quality factory.” He identifies key strategies as a means of building a strong workforce. “We work internally to develop the skills of our workers as well as with the technical colleges of the area. We need to do that to continue to grow. We are not going to be able to go out and find these skills on the street so we have had to develop them ourselves with scholarships and apprentice programs that we have available.”

In the past eighteen months, HTT has experienced enormous growth. The company has met the challenges that accompany this level of growth head on and has come out the other side unscathed. Noble points out that the company is still looking to increase its production levels. “We have excess capacity to fill in our small tonnage stamping department. Expansion for us will mean larger presses as well as on the fabrication side of the business,” he says. “We want to add more capital assets to meet the challenges of our customers right now.”

What is clear is that HTT has a solid base, a highly proficient staff, and a deeply ambitious focus. Given the changes that have occurred within the company, going from a three man operation over thirty years ago to a company of over 120 associates which operates on more than 160,000 square feet of production and warehouse space, one thing is for certain: HTT is growing with intent, and it has a proven track record of doing just that.