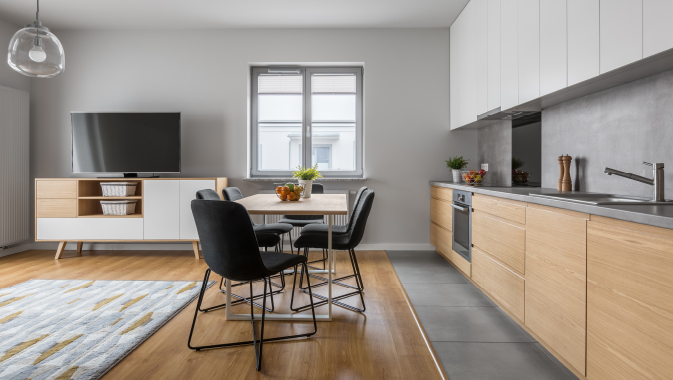 This medium-sized family-owned entity has become a major force in the worldwide adhesives market. Jowat is a premier manufacturer of industrial adhesives serving the wood, furniture, paper and packaging, structural wood, graphics and bookbinding, automotive and textile industries. It brings experience, a clear vision for the future and an infallible strategy for success.
~
While adhesives are recognized as one of the most efficient assembly methods for products in various industrial applications, there is no bond like that of a family. And family has been the foundation of Jowat Corporation’s accomplishment in the industrial adhesives market.

Jowat Corporation America was established in 1979 and will celebrate its fortieth anniversary next year. This is a milestone that is not to be overshadowed by the centennial of its parent company, Jowat Group. Jowat Group was founded in Germany in 1919, and since that time, it has come a long way, embracing every opportunity for growth around the globe. By investing in innovation and resources, it has managed to remain a family-owned industry frontrunner.

Though Jowat takes abundant care to keep proprietary product and innovation advantages guarded, Jowat Corporation America President and Chief Executive Officer Rainhard Kramme shared part of the reason why the company has been able to thrive for nearly a century. “I think one of the big reasons that Jowat is effective in doing business is that it is still a family-owned business. There is a huge commitment from all shareholders that this company will remain family-owned in the future,” said Kramme, who is also President of the Shareholder Committee of the Jowat Group.

Jowat is arranged to ensure cooperation and information sharing across its footprint while maintaining a localized and streamlined decision-making process at each one of its sites.

Jowat’s various facilities around the world operated as independent entities until 2003, when the company became a global brand. Kramme and the other shareholders felt it would be in the company’s best interest to unify under one brand since the market and its customers operate everywhere.

“For me, that was really the start for Jowat in the global world. Before that, we had many different companies, and in 2003, we put all these Jowat companies worldwide under one roof, one headquarters. That was the year when we could present one worldwide balance sheet,” said Kramme.

Kramme noted that, through a strategy the company has long been implementing, Jowat now manufactures on every continent in the world except Africa. With manufacturing and distribution facilities in twenty-two countries, its customers can count on it whenever or wherever they are.

“We started establishing distribution companies outside of the United States such as Jowat Canada, Jowat Mexico, Jowat Brazil, Jowat Chile, and Jowat Andina in Colombia, because these are important markets, and if we are successful in these markets, it also creates jobs in the U.S.,” Kramme said. The tactic has been to grow both regionally and in market-specific applications.

Jowat first found success in the wood and furniture construction industry where it developed flexible and durable adhesives that met stringent environmental and health standards. Eventually, its reach was expanded to include the paper and packaging sector, which is the largest consumer of adhesives in the world.

“Automotive is a very good example because it shows we started going into business when there was a huge financial crisis, and I think these are the kinds of decisions that only family-owned companies can do,” said Kramme. Larger corporations would be forced to lay off employees and employ cost-saving measures rather than expand under the same dire economic circumstances.

Not only did Jowat provide solutions that would meet the needs of automotive manufacturers, it continues to work closely with its customers to ensure those solutions until standards of wash-ability, stability, flame retardance, sterilization stability and other high-performance adhesive properties are achieved.

Innovation is an ongoing effort in both process and product improvements, which are done in accordance with a well-defined innovation strategy. “Innovations are very important, and what that means for the adhesives industry is to always develop products which are better,” stated Kramme. Innovations can come in the form of new raw materials, cost savings and improved performance.

Customers benefit from the in-house research and development (R&D) department and team of chemists who are dedicated to ensuring that a formula’s adhesive properties are developed to meet the needs of industry-specific applications.

“As a company here in the U.S., we have our own R&D center, so we do not one hundred percent rely on what is done in our headquarters. In Germany, there are many more chemists, but it is important for our success that we also have chemists here and R&D in High Point, North Carolina who develop product for the different industries in which we sell our products in North Central and South America,” said Kramme.

One of the company’s greatest strengths is its customer-centric approach. “We always need to think what our customers are thinking and what their visions are. They want a trouble-free business, and they want high quality products on time. Both quality and on-time delivery are the keys to success.”

The company is ISO 9001 and ISO 14001 certified, in addition to having several other certifications for internal processes and quality output.

Jowat offers its customers the opportunity to run trials with new products and equipment in the technical solutions centers that are located at each of its facilities. At these centers, it can demonstrate the products it has developed.

“Customers can come to us, and we have several types of equipment here where a customer can run trials. We can show him new developments with adhesives or equipment. It helps customers that they can run trials here, and they don’t have to shut down their plant,” Kramme explained. This makes the decision easy for customers that are choosing a new adhesive solution.

Jowat has a purchasing strategy that helps to mitigate risk and insulate the company from market and environmental volatility. Kramme cited the example of Hurricane Harvey and the impact it had on many of its suppliers. Having contingency plans includes drawing from numerous raw material suppliers worldwide and keeping a strong inventory to ensure that its customers will always be served on time.

Much of the company’s future is dependent on advanced technology and skilled labor to operate the new, highly-technical equipment. Kramme compared Jowat today to its operations twenty years ago, highlighting the changes in technology that have increased the demand for skilled labor.

“Ten to twenty years ago, it was different. You had machines that employees with lower skills could run. Today, we need employees with higher skills, and they need to be on the job, every minute, one hundred percent. They must concentrate on what they are doing because these machines are different; they have high-output, and you really need to watch them.”

Jowat employees are motivated and engaged as an active part of the company’s success. Monthly targets are set to ensure everyone is working together, and rewards are given when targets are achieved. “Based on these goals that we have – these targets – when we reach them, we share profit with our employees so that employees are motivated every day, and I think we have a very good track record,” stated Kramme.

Employees are proud to work for Jowat and are attracted by the good employment standards, company benefits and the overall company culture. To ease workflow and maintain connections, emphasis is placed on communication amongst employees at every level.

“Not just communication between bosses and managers, it is very important that the people in production in the U.S. and from Europe and Asia share their knowledge and their experience, and the same goes for R&D, Quality, Sales and Purchasing in each location. It’s very important for us to share our successes and also our mistakes,” Kramme said.

“It is challenging as a growing company with more and more employees and more and more departments, but if you can manage that continuously, then I think you are successful,” he stated. This is an area in which Jowat has excelled and one that shows promise for the company’s future as it continues to grow.

As it embarks on its fortieth anniversary in the United States and the hundredth anniversary in Germany, it looks forward to many more milestones in the future as a globally-recognized brand held together by the everlasting bond of family.