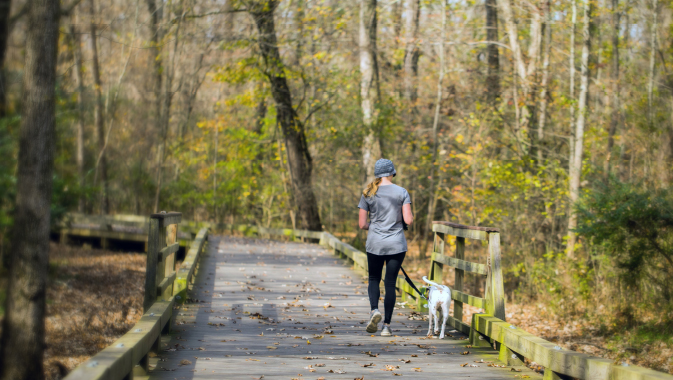 Since Business in Focus last featured the county in 2016, it has only continued to grow, at a rate of about four percent per year.

“We are still growing this community, and we’re still the fastest growing county in Georgia,” shares Robert Long, Vice President of Economic Development at the Cumming-Forsyth County Chamber of Commerce.

And yet, things are far from business as usual.

With an exceptional school system, it comes as no surprise that the wealthy suburbs of Forsyth boast such a well-educated and highly trained workforce. Even so, because most residents (about 75 percent) leave Forsyth for work, bringing more business opportunities into the county itself presents an even greater opportunity for growth in the lively county.

As of August, the Cumming-Forsyth Chamber of Commerce has finalized its five-year growth plan in partnership with Forsyth County Development Authority, Forsyth County Schools, Lanier Technical College and the public. The plan, which was developed with the help of a private consultant, takes the Chamber’s former focus on growth to the next level, attracting high-paid technology positions and companies.

“There are some huge opportunities for us to continue to grow that sector, and huge opportunities for those folks who commute outside to stay here. We’re very excited about the implementation of this new plan. Until recently, I’ve been a one-person show, but in anticipation of this five-year plan we’ve already hired a new Project Manager to focus on technology and white-collar corporate solution projects,” Long reveals, speaking of Scott Evans, who was hired by the Chamber in December 2017.

As Long mentions, the CoC’s initial plan was called “Business First,” and was created in collaboration with Georgia Tech (Georgia Institute of Technology). However, the plan wasn’t as specific and targeted as the Chamber required it to be in order to meet the needs of the fast-growing County of Forsyth. “For example, under targets, we were going after advanced manufacturing, technology… but what kind of technology? It’s a wide open area. We needed to ask which areas within that made sense for Forsyth,” he says.

The Atlanta area in general is a popular tech hub, with several headquarters and data centers providing opportunities for those with advanced math and computer science degrees. Facebook plans to open a new data center in the Atlanta region by 2020, and at least a third of the companies that have opened offices in Forsyth County since the start of 2018 are tech-oriented. The five-year plan will continue to develop this sector, with the Chamber recruiting software developers focused on blockchain R&D.

“For a lot of traditional manufacturing, we might not make a lot of sense, but if you have an R&D component to your manufacturing, some of our workforce is already trained with Masters degrees or PhDs in that area. You cannot just go out to any part of the U.S. and attract that sort of talent, but we have that talent already here in our community,” remarks Long.

The Chamber, which keeps a measure of capital investment, new jobs, and wages associated with those jobs, reports that last year was a record year for Cumming-Forsyth, totaling $170 million in capital investment as well as 1,400 additional jobs. This year is already setting up to smash that former record.

“We worked on about 50 projects last year. As of July this year, we’ve logged over 66. We’ve already got more project activity than last year, and last year was a record year for us in both investments and jobs. Our pipeline is bursting at the seams.”

One unique feature of Forsyth is its lack of an interstate highway. Instead, the Georgia 400 bisects Forsyth and serves as its lifeline to the City of Atlanta. A couple of years ago a local referendum voted in favor of investing further into roads and transportation.

A lot of those goals are now coming to fruition. Last year, the Georgia 400 opened a new northbound lane and a southbound lane opened later on in 2018. In June of 2018, the state won a generous $184 million-dollar grant to fund the Georgia 400 express lane project, which will add bus rapid transit lanes to the highway. Additionally, MDJ reports that the Governor of Georgia, Nathan Deal, has allocated $100 million in bonds to jumpstart the project, and MARTA (Metropolitan Atlanta Rapid Transit Authority) has also announced plans to extend its rail line to end in Forsyth County.

But while the Georgia 400 provides a rapid pathway to Atlanta and beyond, the fact that it isn’t an interstate is one of a few reasons that make the Cumming-Forsyth Chamber reluctant to chase big-box distribution facilities (those that are 500,000 to 1,000,000 square feet) as part of its growth plan, opting for small to mid-sized national and international businesses instead. The county is already rich in tech, logistics, healthcare, and other highly skilled fields, and plans to continue to target these sectors.

Although Forsyth may not be a fit for traditional distribution centers, ecommerce has been an area of organic growth for Forsyth. “For an ecommerce company to be successful, you have to have people who can handle web-based data management and online financial transactions. There’s a talent set there that we have. Ecommerce has developed organically for us in specialized niches,” Long states.

In 2017, the West Coast sporting and outdoor equipment supplier Sports Warehouse bought an existing building in Forsyth and made a $20 million-dollar investment into the county that created 342 jobs. “Attracting a large-scale ecommerce company was the culmination of a lot of the foundation that has happened naturally over the last ten years or so, with ecommerce companies of a smaller scale. We were excited about that and will continue to exploit the ecommerce opportunity in Forsyth,” says Long.

One thing that’s certain is that the state’s fastest growing county is currently in an excellent position to implement this growth plan. Halcyon Forsyth, a new mixed-use village, is currently under construction, in perfect timing for the five-year plan. The 135-acre, $370 million-dollar project, complete with housing, retail, and 200,000 square feet of prime office space could be a launching pad for future businesses that are thinking of coming into the community. Phase 1 will be completed in March of 2019.

“It will be a nice test run for me, because we have several developers we’d like to go after for technology or corporate solution types of clients, and you’ve got to have a place to put them,” says Long. “When we’ve talked to developers, they have said that until the Halcyon project is off the ground, it’s too risky. Once you prove there’s a demand, it’s easy to go to the second or third developer for more office projects.”

A large Mexican theatre firm was the first confirmed Halcyon tenant, bringing an upscale dine-in theatre to the community. But as Long points out, while the entertainment, restaurants and high-grade hotels in the new development will be natural economy boosters that keep tax dollars locally spent, the Halcyon development is also the first major one of its kind to take advantage of the beautiful 10-mile Big Creek Greenway walking trail, bringing a live-work-play environment to the wealthy county, which has a median annual household income of $94,000.

“That by itself does not mean much, but what you can read into that is we are highly educated and trained, and that is the reason why we are the most affluent in the state. It says something about the quality of our workforce,” Long notes.

In fact, many residents seek out the booming county for its school system alone, which is highly ranked in both the state and the nation. 94 percent of Forsyth students earn their high school diploma and the percentage of residents over 25 with a college degree is now at 48 percent. “We have the highest ACT and SAT scores, and the highest graduation rate in metro Atlanta,” Long tells us.

The one-of-a-kind learning programs involve crime scene investigation mock ups, mock trials conducted in a to-scale model of a Forsyth courtroom, a first responder’s class in ambulance/ER settings, and flight simulations. High school students will even have the opportunity to graduate high school with a general aviation pilot’s license – important due to the national pilot shortage the country is facing, and particularly with Forsyth’s proximity to the Hartsfield-Jackson Atlanta International Airport, famously known as the busiest airport in the world.

“The Alliance Academy has some very unique programs that aren’t offered at any of the other high schools. There are programs that are literally offered nowhere else in Georgia, let alone metro Atlanta,” Long emphasizes.

Co-located at the Alliance Academy is the Junior Achievement Discovery Center, created for middle school children. To help Georgia residents start early on their paths to financial literacy, it features the JA BizTown and JA Finance Park, providing students with an immersive role-playing environment to learn skills such as budgeting, obtaining a loan, and mortgaging. Moreover, all Forsyth County high schools offer dual enrollment programs with institutions of higher learning, such as the University of North Georgia. Students are able to obtain credits that are counted toward both their high school diploma as well as a future college degree. This saves students both time and money, with their first year of college essentially paid for.

As Long explains, “it isn’t for everybody, because you would be taking college-level English, college-level math and so forth, but for those bright students who are willing to take on that challenge, when they graduate high school they can start college as a sophomore.”

And for international business owners who choose to relocate their families in Forsyth, South Forsyth High School provides a rigorous IB (International Baccalaureate) academic program that is recognized worldwide and will therefore allow its graduates to attend university in their home country – or any country, for that matter.

Of course, many choose to stay in the county of 228,000, which is expected to reach a population of well over 400,000 by 2040. With such a tremendous talent pool to choose from, national and international businesses would be wise to consider Forsyth County.