Hub of the Gulf Coast 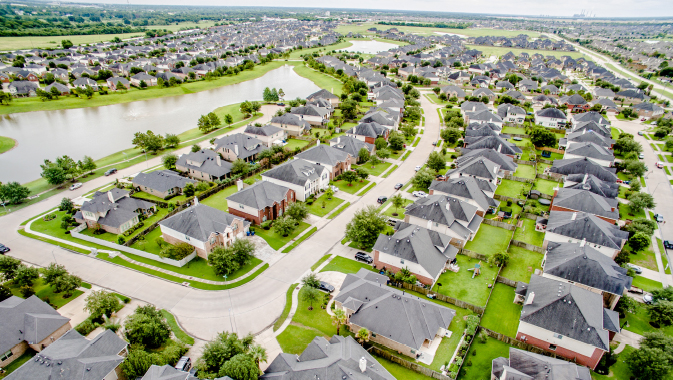 Rosenberg, Texas is poised to become a major transportation and logistics hub, connecting Port Freeport to transit routes across America. Located just 30 miles southwest of Houston, Rosenberg offers all the amenities of a major metropolitan area with plenty of room to grow.
~
Rosenberg is growing rapidly as families and businesses discover all that the city has to offer. “It’s a well-balanced life here in Rosenberg. The city is urban in its amenities and opportunities, but still maintains a rural feel, with open land and outdoor activities readily available,” says Jeremy Heath, Assistant Director of Economic Development for the Rosenberg Development Corporation (RDC).

Situated on Houston’s southwestern corridor, Rosenberg is home to a growing population of over 39,000 residents. The city’s population has grown by 28 percent since 2010. “We’ve seen residential growth explode in the past five years,” says Heath. More than 4,000 homes have been built since 2013, with construction on an additional 800 to 1,000 homes expected to begin in the next six to twelve months.

Founded in the late 1800s, Rosenberg flourished as a railroad town. From the town’s founding through the 1940s, passenger trains made up the majority of rail traffic passing through the area, but in recent decades the rail lines have seen primarily commercial use.

A study commissioned by the Rosenberg Development Corporation has identified Rosenberg as an ideal location for a new multimodal rail facility. Located just 50 miles north of Port Freeport at the convergence of three major rail lines, the city is perfectly positioned to serve the needs of businesses moving cargo in and out of the port. “Expansive growth at Port Freeport is just starting, and they will need to have the means to move freight containers in and out of the port quickly,” Gardella explains. As the Port of Freeport launches its major expansion project, Rosenberg is prepared to seize this major opportunity.

The RDC recently engaged Transportation Economics & Management Systems, Inc. (TEMS) in an eight-month multimodal hub study, which identified the steps to develop the new multimodal hub. The study concluded that “Rosenberg is going to be the driving force for transportation needs here in southeast Texas,” Gardella says. The initial phases of the project include the widening of Interstate 69 and State Route 36, which is currently underway. A proposed new rail line will connect Port Freeport to rail lines and highways nationwide via the Rosenberg Multimodal Hub facility. “From Rosenberg, we can send the cargo across the U.S., so we can shorten the time it takes for goods to get to market.” The RDC anticipates that light manufacturing and logistical operations will develop around the hub as well.

A diverse local economy
The strength of Rosenberg’s economy is its diversity. The city’s major employers span industries including manufacturing and distribution, pharmaceuticals, biotechnology, and more. “[The biotechnology industry in Rosenberg] is growing and those are not the typical jobs that are found in a smaller community,” Gardella says.

Across industries, Rosenberg’s workforce is known for its strong work ethic. “Rosenberg started as a blue collar town from its inception with the railroad, and that work ethic is still here. The families who have been here for a long time take pride in the work ethic associated with the roots of the town,” Heath says.

Economic diversity is a top priority for the Rosenberg Development Corporation as it pursues opportunities for growth. “We think it’s important that we don’t focus on specific sectors of the economy, but we take into account all of the people in the city when we’re approaching projects. We have to maintain a strong job market that accommodates everybody in our community,” Heath says.

The RDC is focused on creating high-wage jobs that will allow residents to live and work in Rosenberg. “We don’t want to be a bedroom community; we want folks to be able to work here,” Gardella says. To this end, the RDC is working hard to attract new employers to the area by showing them all that Rosenberg has to offer.

“We’re being very aggressive in pursuing opportunities to bring companies here. We’re introducing a lot of businesses to Rosenberg that have not been introduced to us before, and that have logistical or manufacturing needs. Thinking toward the future, we’re reaching out to companies that may have either import or export needs that can use Port Freeport,” Gardella says.

The RDC’s attraction strategy has proven successful. Aldi, Inc., which owns grocery stores across the U.S. and in Europe, recently chose Rosenberg for its regional headquarters and distribution center. “Aldi saw the potential in our market, and they’re doing very well because of all the transportation routes that pass through our area,” Gardella says. Aldi opened its new 650,000 square foot facility in 2016.

The RDC has also identified healthcare as a target area for business attraction. “This is an area we’re currently lacking here in Rosenberg, but something we’re paying attention to. We feel fairly confident that in the next couple years were going to get a hospital complex built here, which we need as our growth goes forward,” Gardella says.

Rosenberg’s location on the southwestern edge of Houston’s suburbs offers something that can’t be found elsewhere in the Houston metro area: miles of undeveloped land. More than 50 percent of land within the city limits is available for development. “What sets Rosenberg apart is the availability of undeveloped land. Rosenberg is a blank canvas, so the opportunities to shape the city’s future growth are tremendous,” Gardella says.

In preparation for the anticipated commercial growth, the RDC has partnered with developers to create industrial parks that will soon house a diverse group of businesses. “The Rosenberg Business Park just sold its fifth plot of land, and we will start seeing development on the first project there in 60 to 90 days,” Gardella says.

The RDC also maintains relationships with local businesses, with a focus on helping them thrive and expand. “Keeping a business here is just as important as trying to bring a new company in,” says Heath. “[Businesses] are excited that the city is paying attention and noticing their contributions, and so they’ll talk about that project that they’ve had in the closet for a few years, and we think of ways we can help.”

The RDC has been involved in several successful expansion projects recently. In 2015 the RDC partnered with California-based Superior Tank to expand its tank manufacturing facility in Rosenberg by providing tax incentives. Superior Tank expanded into a 54,000 square foot warehouse and increased its employment in Rosenberg.

The RDC has also partnered with Benedettini Cabinetry, which has been manufacturing high-end cabinets in Rosenberg for more than a decade and employs more than 300 people. The RDC provided infrastructure development reimbursement for the company to extend water and sewer service across its property, which allowed the company to build an additional 65,000 square feet of manufacturing space.

A workforce for the future
To meet the needs of its diverse employers, the Rosenberg Development Corporation works hand-in-hand with local workforce training programs to create a skilled workforce. Since 2015, the RDC has collaborated with Texas State Technical College (TSTC) to bring its innovative workforce training programs to Rosenberg. Through a ten-year, $2.5 million partnership, Rosenberg is supporting TSTC’s new Fort Bend County campus, which will eventually serve up to 5,000 students. In addition to supporting the construction of campus buildings, the RDC is working with developers to ensure that the city will have sufficient housing and amenities to support the growing student body.

Most importantly, the RDC coordinates with TSTC on its course offerings. “We want to make sure TSTC has up to date and relevant local industry information so that they’re teaching students the things that will help make Rosenberg prosperous in the future. So we work with TSTC to make sure the technical skills that they offer the students match up with the workforce needs of the area. We maintain an open dialogue with all of our major employers to find out what skills those employers and employers like them are currently seeking and will be seeking in the future,” Gardella says. TSTC Fort Bend offers leading-edge programs including cyber security, precision machining, and robotic technology.

Big things are happening in Rosenberg, as the city continues to expand its commercial landscape. The city is on track to continue its rapid residential and commercial growth, as families and businesses discover all the city has to offer.