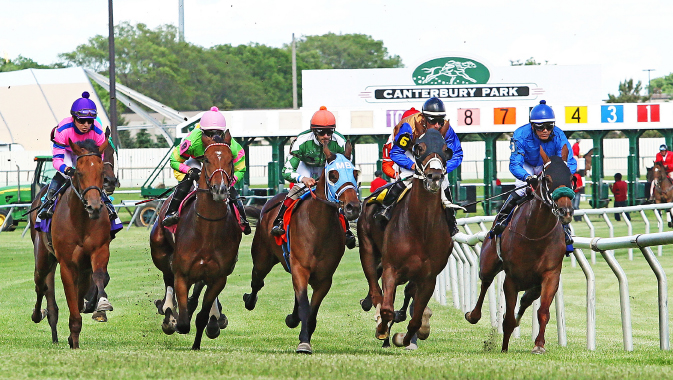 Since 2003, Minnesota’s Scott County Association for Leadership and Efficiency (SCALE) has proved that amazing things happen when people leave their silos and work together for the common economic good. Proof? How about a 60.5 percent growth in population (U.S. Census Bureau) over 16 years and a 26.7 percent growth rate in new jobs (Minnesota Department of Employment and Economic Development – LAUS).
~
Businesses and industries looking to expand or relocate to Scott County, MN will find a skilled labor pool there, ready to begin work. That’s according to Stacy Crakes, Business Development Director for Scott County Community Development Agency (CDA), who heads up the First Stop Shop where existing and/or new businesses can find assistance.

“Our residents have the job skills but there are currently not enough local employment opportunities for them,” she says.

“Currently, we’re doing a targeted outreach to businesses that have the types of jobs where our residents have the skills. Based on the data we have, the industries that seem like they would be the best fit would include Professional, scientific, and management; Educational services and health care; Finance, insurance and real estate; and Manufacturing. For any businesses in these areas looking to expand or relocate, there might already be the labor pool here they could quickly tap into.”

To learn more about the county’s economic development programs, we spoke with Crakes, Barbara Dahl, the county’s Social Services Director, and Jake Grussing, Library Director. Grussing also coordinates the project Live, Learn, Earn, which he describes “as a county-wide initiative focusing on workforce development, housing, education and transportation – a four-pillar approach to economic development. It’s all about achieving and sustaining economic vitality for individuals, families and businesses.”

And it’s certainly been happening in Scott County, as Dahl points to “the amazing growth in population. If you look back to 2000, you see that our population (143,680 in 2016 – U.S. Census Bureau) has grown by 60.5 percent, as compared to the state population which grew by 12.2 percent in the same time frame. Employment opportunities have also increased significantly in the last five years, so we’ve had a 26.7 percent growth in new jobs (Minnesota Department of Employment and Economic Development – LAUS), and our labor force grew by 37.2 percent from 2001 to 2016 while the State of Minnesota grew by 5.6 percent (Minnesota Department of Employment and Economic Development- LAUS).”

We came away impressed by the passion and enthusiasm these three bring to the table. “I can honestly say I love my job,” says Crakes, who’s been in her position since November 2012. “We actually get to do meaningful work and do projects that have an impact on residents. Being a resident, I feel invested in the community and what we are trying to accomplish.”

Adds Dahl, who arrived on the scene shortly after Crakes in early 2013, “I think one of the things that I really appreciate about working for Scott County is realizing that things don’t happen in isolation. I think all the team members that I have the great opportunity to work with understand the importance of working together and how integration of services is important. We can attribute a lot to the leadership of Scott County by looking at how SCALE was developed and how it laid the foundation and the framework to pull everything together.”

Dahl’s mention of SCALE means it’s time for a quick history lesson, which is where Crakes says the story begins. “SCALE (Scott County Association for Leadership and Efficiency) is a collaboration that was formalized in 2003. Another way of talking about it is government without borders. It’s a collaboration between cities, the townships, the county, the school districts, the Shakopee Mdewakanton Sioux Community, and regional entities including Minnesota Valley Transit Authority, Three Rivers Park District, Metro Cities, and the Prior Lake/Spring Lake Watershed District. It’s a collaboration between those entities to really focus on government efficiencies, including economic development.”

SCALE itself has an antecedent going back to 1996, as Grussing explains. That was the year the Bloomington Ferry Bridge, one of six crossing the Minnesota River into Scott County, opened, giving greatly improved access to the Minneapolis-St. Paul-Bloomington area. The result was that people working there began moving out to Scott County where they could afford larger homes on larger lots and commute to work in the cities. Then some decided they’d prefer to work there too – but at the time, there weren’t many opportunities.

Some of the same people who’d collaborated to get the bridge project completed stayed together, which led to the formation of SCALE, a sort of cooperative ‘think tank’ which focused on government efficiencies, specifically targeting economic development beginning in 2009. “It’s not a strict organization with rules and powers,” says Grussing. “People are there because they see the value of collaboration and resource sharing. The 90 members have been meeting monthly now for 15 years and established a real way of working together that’s not just the county government. It’s the seven school districts, the cities, the non-profits and other local government entities, all focusing on the overarching theme of maintaining economic vitality. So, when a developer comes to the county or a business is being relocated here, they’re partnering with everyone.”

“One of the things that came out of SCALE was the First Stop Shop,” says Crakes. Under the auspices of the Scott County CDA, “it was created in 2012 to be an economic resource to the seven cities and eleven townships as an extension to their staffs so each one wouldn’t have to hire their own economic development people.”

For the past five years, First Stop Shop has worked diligently to meet the job goal set in 2010 by SCALE which hoped that by 2030 there would be enough jobs in the county to employ 50 percent of the labor force so that they wouldn’t have to commute and could work where they live.

“We started on a number of large projects in 2013, working a lot with the city of Shakopee (the county seat), primarily due to the fact that there was a lot of open land where big projects could come in, as it was pretty much shovel ready,” she continues. “So that year we had Shutterfly, Emerson Process Management, and Entrust Datacard, who located their headquarters here. They’re all 1,000-people employers, and in 2014 and ’15 we continued to see businesses of that caliber interested, with an Amazon Fulfillment Center opening,” she shares.

“Just between those few, it landed three to four thousand of the 10,000 jobs that have been created in the last five years. There were also a few large employers who came that led to another few noticing the county and wanting to locate near them and seeing it was a good place for growth. It’s an exciting time to be working with SCALE. Our mentality is if it’s good for one city it actually benefits all of our cities,” she says.

A more recent outgrowth of SCALE is the Live, Learn, Earn project with its four-pillar approach. As Grussing, who entered the picture in December 2013, says, “We have been very successful in attracting businesses and jobs to Scott County in the last five years, but now we’re faced with where are the workers going to live? How are they going to get to work if they don’t have transportation? That is what Live, Learn, Earn is grappling with. How can we collectively resolve those issues so our whole community benefits?”

Among other elements, one aspect they’re looking at is improving traffic flow on the two major transportation corridors that run through the county by removing traffic lights and replacing them with major interchanges and working to improve public transportation.

Then there’s the housing issue. “We have a low vacancy rate,” says Dahl, “and we have to make sure housing is available.”

“In fact, it’s one of our major concerns,” Crakes adds, “and we’re making it a priority. The job growth our county has experienced has highlighted the need for a variety of housing types at various income levels. With the support of SCALE, the Live, Learn, Earn Initiative and the Scott County CDA, there has been an increase in the number of tax credit awards Minnesota Housing has made to developers here in Scott County to increase the supply of rental units that are affordable to our workforce. We currently have one development about to open and two others being built. The Scott County CDA also offers a Home Buyer’s Club to prepare future homeowners for successful homeownership. Partnering to effectively use the resources we have has helped to add more units in our county and has brought additional housing developers to our area as well.”

Adds Grussing, “this collaborative group through SCALE, First Stop Shop and Live, Learn, Earn, really speaks to the vision of the county leaders. Whether it’s private sector or public sector, we’re thinking about the alignment of our work and how programs come together. It’s not about a library program or social services or city parks, but it’s about how we can work together and what will be the impact on the people who live and work here or the people trying to operate or locate a business,” he explains.

“We want to break down the silos as much as possible to improve the quality of life, to sustain economic vitality and do it in a way that doesn’t make taxes go way up and that speaks to all of us in our daily lives. I really credit the folks who established SCALE and who had the broad vision of how a community might operate.”