A Public and Private Partnership Working Together to Generate Growth 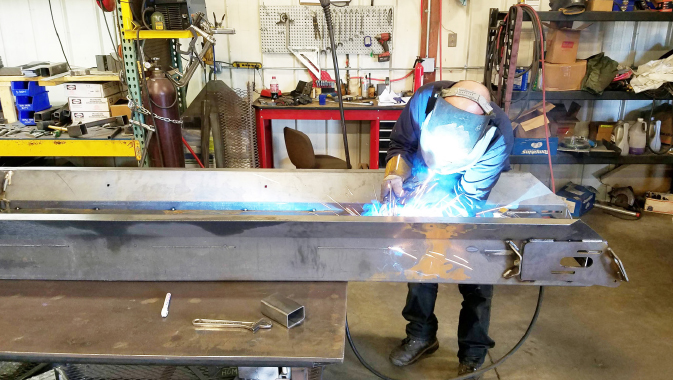 The Eau Claire Area Economic Development Corporation focuses on business recruitment, business retention, and critical talent in the city of Eau Claire, Wisconsin. This private-public partnership helps to recruit new businesses into the community, helps existing local businesses grow and flourish, and works on critical talent initiatives to supply those businesses with the required workforce. Eau Claire is ready to accept and partner with a wide variety of businesses.
~
In the early 1900s, this was a logging town, but today, it has grown to become a major regional hub in Wisconsin, with a population of approximately 68,000. Eau Claire is the city with the highest population density between Madison, Wisconsin and Minneapolis-Saint Paul, Minnesota. Being sixty miles from the Twin Cities makes this an ideal location for business, and it has attracted many successful operations over the years.

Collaboration is an essential part of the community in Eau Claire, and the economic development corporation (EDC) is proud of the cooperative efforts to establish growth-stimulating initiatives in the city. The Confluence Project, a unique private and public venture to redevelop an area of downtown Eau Claire, has finally come to fruition. Pablo Center at the Confluence opened several months ago, and it has been a wonderful addition to the community and a great example of working together throughout a long process.

The Pablo Center is a large arts center featuring a concert hall, a theatre, a dance studio, a recording studio, and much more. It has replaced the University of Wisconsin-Eau Claire’s previous theatre as well as the community’s State Theatre, and it provides a venue for both educational and recreational purposes. It was developed through a joint effort by organizations such as the EDC, the city, the county, the university, and a number of private partners in the area.

“Everybody took part in trying to get the Pablo Center up and running, and it has been quite the feat to get going. We have been very proud to have it in our community, and we look forward to what it’s going to be bringing,” says Eau Claire EDC Executive Director Luke Hanson.

Other sections of the Confluence Project include a mixed-use building complex for retail, commercial, and residential spaces called Haymarket Landing, a public plaza, and a pedestrian and bicycle pathway along the river.

The city, the county, and the state also regularly work together to encourage emerging entrepreneurs. An entrepreneurial training program offered by the Wisconsin Small Business Development Center at the various campuses of the University of Wisconsin provides resources to help new business owners thrive.

Further programs have been developed in Eau Claire to assist with entrepreneurship such as Startup 48 and the Idea Challenge. Startup 48 is a one-of-a-kind, weekend-long seminar that business-minded individuals can attend to learn how to create a startup company from scratch. Participants get the opportunity to learn how to successfully pitch an idea and present it to a panel of judges. The Idea Challenge is a fun competition which the winners receive money to put towards business expenses. Both services help entrepreneurs grow and establish themselves by making connections with designers, marketers, manufacturers, and packagers in the marketplace.

Agriculture and manufacturing are the key industries in Eau Claire, yet the technology industry has also grown tremendously in the past decade. Headquartered in Eau Claire, Jamf Software is one of the largest technology firms in the area and employs many people. Another huge employer with a base here is Silver Spring Foods, the world’s largest grower and producer of horseradish.

There are quite a few job openings available in Eau Claire that the EDC is attempting to fill, and this shortage of labor is common throughout all of Wisconsin and the rest of the United States. “We’ve heard it from talking with our community partners throughout the country that workforce is a tough thing to wrangle in and get a good stronghold on because we have more available jobs in the country than we have available workers,” says Luke.

The Eau Claire EDC is working to overcome this challenge with the Inspire Connections Workshop that focuses on maximizing student interest to grow the workforce. It fosters students in the workforce at a younger age. The goal is not for them to start working earlier, but to get them more exposed to more careers so they can decide what careers suit them and begin training for those sooner.

“We are working with the K-12 students to really bring forth and provide them those opportunities to be in contact with local companies before they even make it to post-secondary education,” says Luke. This early exposure to life outside of school allows students to see more clearly what path they would like to take.

The Eau Claire EDC is also a part of a program that is looking to recruit the local graduates from the University of Wisconsin System to remain in the area. There is a long list of students who have graduated and moved away, and the city is hoping to attract them with ideas they may not have considered.

“The jobs and the wages that they are getting in the Twin Cities are available here, and this is one of the best places to raise a family. We have an abundance of outdoor activities; our hiking and biking trails are second to none, and we have tons of other amenities, with our nightlife and our food scene that has really been growing in our community,” says Luke. The EDC hopes that it will successfully illustrate the many reasons to return to Eau Claire when it is time to raise a family.

Eau Claire experiences a large amount of tourism for a city of its size. Its outdoor recreational opportunities have always been a magnet, and the Pablo Center at the Confluence now hosts many concerts and plays that attract much attention. The venue allows the city to bring in an assortment of acts and performances that attract tourists, as the large theatre holds 1,200 people, and the smaller more intimate theatre has four hundred seats.

The music scene has skyrocketed in Eau Claire, and the city has developed a reputation for its concert weekends during the summer months, featuring rock, jazz, alternative, and country music performances. “There’s a very big music scene going on in our community, and we support that by trying to bring in as many big acts as we can because those large events are a major draw,” says Luke. Eau Claire hosts these musical events all over the city, from the Pablo Center to stadiums, parks, and even in the streets of downtown.

The cost of living and the average cost of a house here are far lower than in its neighboring communities in the Twin Cities. Another benefit to living in Eau Claire is that, because of the way the city is structured, most areas are within walking distance of each other.

“The thing I stress that I really enjoy the most is that traffic is very limited. If you’ve got five miles to get to work, it only takes you about five minutes to drive there. You don’t have to sit through traffic at all, and after growing up in the Twin Cities, I never want to go back,” says Luke.

The EDC will continue to collaborate with a range of organizations to attract people and businesses to the area by making the city a more accommodating place for its citizens. “Our community has been significantly growing for the past ten to fifteen years,” says Luke. “We have made significant improvements to the quality of life for the individuals that live and work here, and we do not have it in our plans to stop. We are going to keep community members very happy and comfortable here, and we are going to flourish.”