Economic Opportunity in a Rural Setting 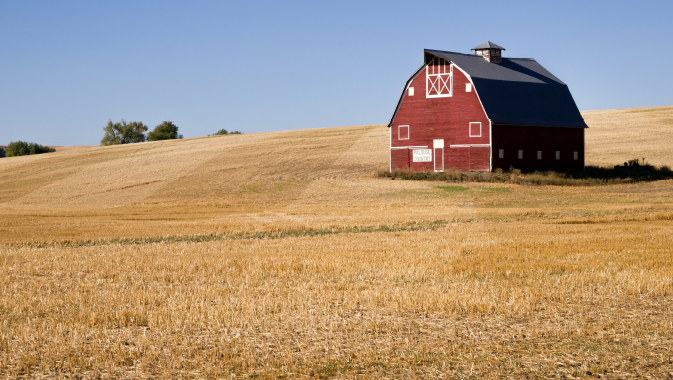 One year ago, Business in Focus was proud to feature Morrow County, looking into the history and many unique aspects of this county in central Ohio. Morrow County is just north of Delaware County, which is the fastest-growing area in the state, and Morrow is seeing ongoing growth as a result of its lower land prices and proximity to its rapidly-growing neighbor. We followed up on the happenings inside Morrow County with County Commissioner Tom Whiston.
~
As far as economic development goes, the largest development news in Morrow County is the new Dollar Tree distribution center. It is slated to open in the early part of 2019 and will create four hundred new jobs.

“We were contacted in March of last year for potential sites that could accommodate a large distribution center. After some working discussions, we took control of the sanitary sewer system and reached an agreement within sixty days. Construction commenced immediately, and it should be wrapped up by June of 2019,” says Tom.

Despite dealing with the second wettest weather in Ohio’s history, which did hinder progress somewhat, everything is on schedule. Road work is to begin in the spring, which will expand State Route 61 in front of the distribution facility. This new road system will be very advantageous, providing an alternative route for people who currently have to drive forty to fifty miles to reach Columbus for work. Now it will take only five to ten miles to arrive.

“The job market is tight, so getting workers to fill four hundred positions in a county that has only 40,000 people means that we will have to draw from surrounding counties, but it should work out okay,” says Tom.

When last we spoke, planning and zoning were underway, with a concentration on the county’s comprehensive land use plan, and proposals have since been received. “Issues to be addressed include health care, housing, and all the infrastructure needs. That will include sanitary sewer, fiber, and other types of essential services,” says Tom.

The county recognizes that utilities are not just electricity, gas, and water. Local utility company Consolidated has made a considerable investment in expanding the fiber optic network throughout the county with the goal of having fiber optic service in every household. It is currently in the process of doing that.

“That commitment is going to make us very desirable to people that want to work and live here. We anticipate that more Fortune 200 companies will come knocking. The very fact that Dollar Tree has located here, has already piqued the interest of other companies,” says Tom. The county is ready to prepare an area of land like the 127 acres that has been approved for Dollar Tree, and some companies have already expressed interest in the prepared site.

Small business and community development have also been progressing nicely. One success story is that of local business Lubrication Specialties Inc. (LSI) which has built a 30,000-square-foot facility and has continued to grow, acquiring several national accounts. Automotive parts supplier Cardington Yutaka Technologies (CYT) just announced that one hundred new jobs will be added to its nearly nine-hundred-strong workforce. A new 25,000-square-foot distribution center is also opening in the area.

Morrow County is working with Ohio Health to maintain and expand healthcare possibilities. The big concern, however, is housing. A developer is looking to put in a four-hundred-unit housing development, and Morrow County is trying to manage housing in all the areas that are experiencing growth. “Schools are obviously working to make sure that they are well-funded and provide a top-notch education,” says Tom.

The cost of land is one of the main driving forces for Morrow County’s economic health. “The price of land here coupled with utility accessibility is probably the lowest you can find anywhere in the state,” says Tom. While the cost of land will inevitably rise, in Delaware County, land and utility costs are already five to ten times higher. This will drive business growth in Morrow County.

“Presently, this is a fantastic time to acquire land. It is always a good thing to be growing and expanding. Obviously, there are going to be some issues, and some people that don’t want change. But, it’s one of those things whereby, if you want to grow, you need to expand and provide those things for people as they demand them,” says Tom.

The county’s biggest accomplishment with infrastructure is in upgrading the sanitary sewer system to allow for additional businesses and housing. Without that capability, there is no development. Morrow County is now the owner of four sewer systems, and it has retained the Poggemeyer Design Group of Bowling Green to create a comprehensive expansion plan for the sewer needs of the whole county.

“That continues to be something that we will focus on which will give companies the ability to come and grow as they come on-line,” says Tom.

All of this takes much investment, but $300,000 is being generated from local funds, and through the joint economic development district, another approximately $3 million is being raised to pay for road improvements. The rest of the money is coming from the state and the developer. This arrangement is beneficial to Morrow County as it does not need to expend money that should be used on existing services.

The improvement districts of transportation and energy are progressing quite well. A large solar array has already been established in the village of Mount Gilead, and this will power the sewer plant and provide the grid with additional energy.

The transportation improvement district is thriving in part due to the passing of a $2 million road levy. The county anticipates that it will be re-surfacing all three hundred miles of county roads. The process started over two years ago and is projected to be completed near the end of 2024.

“Several hundred acres of certified land was going through the Certified Sites Program last year. It was evaluated by Jobs Ohio, and that is one of the locations where the Dollar Tree distribution center lies. They have an additional area where we hope to bring in additional companies to fill that space with ready to build sites,” says Tom.

Morrow County has a proud agricultural heritage. The hope going forward is to ensure that continued commercial and industrial development does not in any way impede that strength. Agriculture is and will continue to be its most significant and precious asset.

“As we continue to expand, we want to maintain the ability to have that rural flavor of agriculture along with the development we see coming. With more development, you infringe upon agricultural opportunities. The design plan we have for the county is working to lessen the overall impact,” says Tom. The plan is to concentrate development in the Interstate 71 corridors between State Routes 95 and 61. Doing so ensures that there is not any agriculturally viable land being taken up.

Overall, this is an exhilarating time for Morrow County, and the groundwork has been laid for what is to come. Like New Albany, which was a planned area, the aim is to design elements that will fill people with pride.