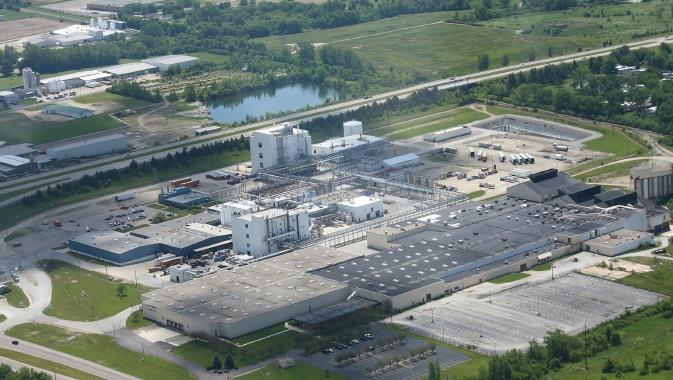 Welcoming to business, Ohio’s Darke County Economic Development is guided by the experienced hand of Mike Bowers. Named to the position of Economic Development Director in mid-2016, Bowers left his previous position as Mayor of the 13,000-strong Greenville for over eight years to focus on economic development, which was his focus as Mayor.
~
A business graduate from Bowling Green State University, Bowers took office in 2008, one of the worst economic years on record. As challenging as the lessons were from that time, he realized that for Darke County to remain attractive to business, it was essential to be proactive instead of reactive when it came to pursuing economic development opportunities.

“There was the realization that we had to move some things forward in the county,” he says. “The focus had to be more on a proactive stance, as opposed to sitting around waiting to hear from your existing companies about opportunities to grow, and to look for opportunities that best fit our area and marketing.”

Darke County Economic Development
As a public/private partnership, Darke County Economic Development is funded as a community improvement corporation, with oversight from the Darke County Community Investment Corporation (CIC). With a current population of approximately 53,000, Darke is the second-oldest of Ohio’s 88 counties, and is famous for residents such as Annie Oakley. Known worldwide as ‘Little Miss Sure Shot,’ Oakley was born in a log cabin in 1860 in what is today Willowdell in Darke County, and went on to a career with Buffalo Bill’s Wild West Show, serving as the inspiration for Irving Berlin’s musical, Annie Get Your Gun. Today, her legacy lives on at the National Annie Oakley Center at Garst Museum, located in Greenville.

Famous not only for its history, Greenville and Darke County are widely known for their agriculture – ranking among the top in Ohio – and strong, diversified manufacturing base, including many long-time companies that call the area home. Products to come out of the area include one of the best-known appliances found in many homes and bakeries, the KitchenAid Stand Mixer. Invented and developed over 100 year ago, about three million units of the wildly popular Stand Mixer are made annually in Greenville, along with over a million of the hand mixers. KitchenAid is division of appliance giant Whirlpool Corporation, which has had a presence in the area since 1941, and Greenville is also home to the KitchenAid Experience, a popular downtown retail store documenting the history of the area (established under the 1795 Treaty of Greenville), KitchenAid artifacts and advertisements, products, and much more. Employing about 1,200, KitchenAid has doubled the size of its manufacturing and distribution facilities in recent years.

Over the decades, many other large-scale businesses have demonstrated their confidence in Darke County by establishing themselves in the area. These include Germany’s BASF, the world’s largest chemical producer, which has a local facility for the production of coatings for cars, including undercoating. “From a corporate standpoint, BASF is probably the largest international presence that we have,” says Bowers of the area, which is also home to well-known oil filter manufacturer Fram, which first began production in Greenville in 1951, and has expanded a number of times.

Continued growth
Another company which has held a long-time presence in the county is Midmark. Highly innovative, Midmark manufactures medical equipment such as examination tables for doctor, dentist, and veterinary offices, and recently announced a massive, 107,000 square foot expansion of its area facility. Crowned by a state-of-the-art technology center, the expansion will also welcome business and experience centers to keep place with the rapid changes in the healthcare sector. Poised for completion in 2020, this year has special significance for the community, as it celebrates Midmark’s 50th anniversary in the village of Versailles, Ohio.

Representing an investment of over $40 million, including equipment, the new center is also expected to create almost 100 additional jobs, including positions for computer programmers, computer engineers, electrical engineers, mechanical engineers, and others. “That really helps to drive the local community, because part of it also becomes community development,” states Bowers, stating some of the positions will be filled through Hometown Opportunity, which lists jobs ranging from accounting to veterinary medicine.

Drawn to its solid work ethic and strong workforce, businesses of all types keep coming to Darke County.