From the Sea to Your Supper Table 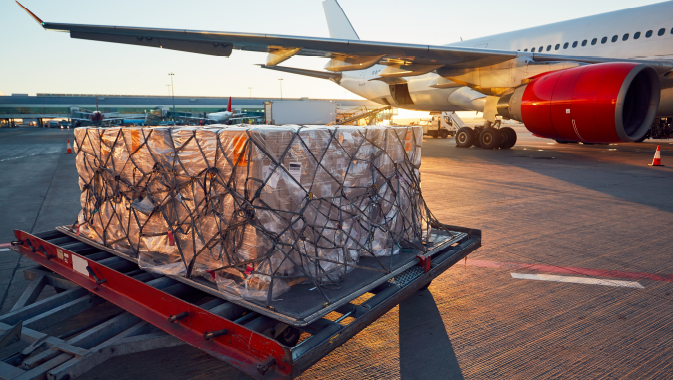 In the twenty-first century, we take for granted the privilege of visiting a modern supermarket to purchase any seafood, meats, fruits, or fresh vegetables – food originating hundreds or perhaps thousands of kilometres away, all delivered ready for our consumption. We hardly spare a thought for the thousands of professionals managing the delicate and relentless industry of perishable goods transportation. But companies like Vancouver-based Flying Fresh Air Freight, under founder and CEO Brendan Harnett, ensure we can enjoy our lobsters and pineapple anytime, anywhere.
~
It was 1987, and Brendan Harnett had a problem. His employers, Canadian Pacific Air Lines, had just been sold and would, after a long series of mergers, eventually become Air Canada. But he was in a new city and needed a job. However, he had one distinct advantage: during fourteen years of working for the airline, he had had ample time to observe a disturbing lapse in the industry as he saw it.

“I noticed that nobody was specializing in perishable airfreight,” he recalls. “Perishable shippers were having to deal directly with airlines because most freight owners were refusing to handle perishable freight.” Harnett realized there was a niche that needed to be filled, so he filled it.

At its start, Flying Fresh was a one-person show, “strictly a booking operation,” as Harnett worked with clients to charter freight aircraft and use existing space on passenger carriers. The company did not even have a warehouse at this early stage, but Harnett was able to use his previous airline expertise to gain Flying Fresh a reputation for delivering quality service for its clients. Local British Columbia seafood, fruit, and mushrooms were and remain its most heavily shipped commodities.

Today, the company has expanded from its Vancouver airport headquarters to cities throughout Canada, including Edmonton, Toronto, and Halifax. Harnett is hoping to open new offices in other Pacific coast cities including Seattle and San Francisco within the next five years.

Flying Fresh is now the number one perishable freight provider in the International Air Transport Association (IATA), moving a total of twenty-seven kilotons of cargo in 2018 including twenty kilotons on IATA airlines. Rising demand from China has greatly enhanced the company’s growth over the past five years, with a growing Chinese middle class flexing its economic muscle by purchasing imported food.

“We’ve been able to take advantage of that through our expertise,” Harnett says, and Flying Fresh is now considering opening new offices in Shanghai and Shenzhen to increase its holdings.

Ironically, this freight giant does not actually own airplanes; while Flying Fresh maintains trucks and warehouses, it instead charters freight aircraft or – more commonly – fills unused cargo space on passenger airliners. As Canada’s major Pacific airport, Vancouver International presents a natural location to set up shop. With trans-Pacific shuttles coming and going daily, Harnett and his team have realized it is far easier to rent existing space on these passenger shuttles than to purchase the aircraft outright.

On its own initiative, Flying Fresh has recently purchased a large cargo X-ray machine, enabling a further measure of security and placing airlines at ease. Using this increased security measure, approved by Transport Canada, clients can meet critical deadlines more quickly, and in the perishables industry, every second matters.

Throughout its history, the company has dealt with smaller businesses, which Harnett believes appreciate a more personal touch. “They come to us because we provide service that is beyond what they get at other companies,” he explains, stating that because his company is more streamlined, it is, therefore, more efficient than larger multinational firms.

Because of Flying Fresh’s smaller size, small businesses feel like they’re dealing with a peer. “They know they can pick up the phone, call us at any time of the night or day, and get an answer.”

Harnett believes absolutely in the expertise and professionalism of his staff and largely credits them for what he estimates is a ninety-five percent client retention rate. “To a large degree, the vast majority of our competitors are large, multi-national firms, and I guess the thing that sets us apart or above those companies is the entrepreneurial spirit and the commitment of all our staff,” he explains. “Our staff are willing to go above and beyond what any employee of a multinational will do.”

Flying Fresh is well-versed in the import/export business and has embraced the challenges that come with it. Many employees are multilingual, able to communicate easily with partners and clients anywhere on Earth. The company is also demographically young, with the majority of employees between the ages of twenty-five and thirty-seven. Many are recent international business graduates, and the majority have never worked in the logistics industry. Instead, many have the necessary temperament required for the fast-paced work of international shipping. “It has to be an attitude,” Harnett says, “that’s the most important thing.”

This young energy and expertise, combined with a growing market in China, has led to unprecedented growth for Flying Fresh over the past five years, so much so that the company is now struggling to keep pace with its own success. The challenge now, in Harnett’s eyes, is continuing to ensure the quality of Flying Fresh’s staff who have served the company so well throughout its history.

Keeping up these standards “to maintain our level of service that we demand internally is difficult,” he admits. Flying Fresh is now hiring more staff and adding on-the-job training programs. The company is also experimenting with new logistical computer software, which Harnett believes will help Flying Fresh “over the next ten years.” Though, by his own admission, the training on this new software presents a challenge for Flying Fresh’s staff.

Flying Fresh has expanded over the past eighteen months from air freight services to include maritime and rail transportation. The reasoning behind this, Harnett explains, is simple diversification. “We wanted to create a balance in our business.” In an increasingly uncertain era of currency fluctuations and trade wars, it is logical for Flying Fresh to expand outside its air role into other forms of transportation.

The company’s new division, FFAF Cargo, is expanding to meet this new challenge. Last year, the company joined IATA’s partner agency WCA, a massive organization of independent freight movers. This, Harnett says, gives the company access to approximately 7,500 cities worldwide and WCA-affiliated agents with whom Flying Fresh can do business. “It provides us with the ability to compete with any multinational into or out of any country in the world,” he says.

As a twenty-first century business, Flying Fresh also is taking measures to become more environmentally-friendly. The perishable freight industry requires a great deal of packaging, so the company is working to recycle as much plastic and cardboard packaging as possible. New, natural-gas-powered trucks and battery-powered forklifts will decrease energy costs, but the biggest expense for any perishable industry is the electricity required for refrigeration.

To this end, Flying Fresh has worked to design innovative coolers and storage systems that do not require employees to open doors as frequently, thereby keeping in more cold air. “Anything that we can do to reduce the loss of cold air going out when the doors are opening and closing, that’s the area where we’ve been able to find the best way to reduce our usage,” Harnett remarks.

But even as it has become the top perishable shipper in Canada and expanded throughout the US West Coast, Flying Fresh works to help entrepreneurs. Harnett plans to reach out to start-ups and provide them with a vehicle to ship their products. “We are looking for young people that want to go into business for themselves, and we will provide them with the vehicle to do so.”

As free trade expands and economies become more fluid, logistics and shipping companies such as Flying Fresh will likely see further demand. For any entrepreneurs hoping to engage in a rapidly growing industry, the lesson from Flying Fresh is clear: the time is now, and it has never been better.