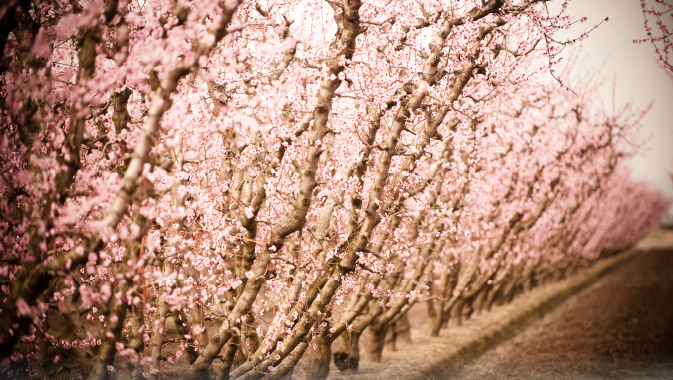 In California’s San Joaquin Valley, between the Pacific Coastal Range and Sierra Nevada Mountains, an innovative community is on the rise. The City of Reedley, southeast of Fresno, is rapidly becoming a vibrant, modern community bringing in jobs and opportunities. From simple beginnings, the town has enjoyed strong, consistent growth and is now poised to become one of California’s best.
~
The San Joaquin Valley is known as a fruitful agricultural region and with good reason. Stable weather and excellent soil make Reedley and the surrounding area perfect for farming. What would become the town of Reedley began in the mid-nineteenth century, when Civil War veteran Thomas Reed built a farming settlement supporting nearby gold miners. Thanks to its superior agricultural capability, the town grew steadily before being formally incorporated in 1913 and christened in Reed’s memory.

Today, Reedley hosts a population of approximately 26,000 and rightly reveres its heritage. The downtown area is a mix of old and new, with restored historic buildings including a theatre dating from 1903. Community Development Director Rob Terry believes this mix is one of the many reasons Reedley is so beloved by long-time residents, and draws in newcomers.

“It’s small enough to retain that ‘small town’ charm and atmosphere,” he explains with quiet pride. “I think that Reedley has this wonderful, amazing charm about it. It’s the small-town charm with the growing amenities that people love about this community.”

With an operating budget of over $4.7 million and total budget of over $15 million, Reedley’s government is enjoying the dividends from the town’s growth and investing them accordingly. Terry firmly believes that communication between local government and business has led to the steady, conservative growth that has served Reedley well over its long history. His office’s goal is to keep Reedley’s total developed capacity above eighty percent, with land annexation and development increasing steadily in tandem – a balance that preserves, enhances and supports everything from property values to public service efficiencies.

A primary obstacle for development has been California’s strict building requirements, resulting in significant development costs. The state requires elaborate sustainability measures for all businesses that –while undoubtedly better for our planet – cause some businesses to look elsewhere. “Those are very noble and good things to be pushing for, of course,” relates Terry, “but they also have a real dollar figure that comes along with them.”

In an effort to balance this challenge, Reedley has implemented its “Development Fee Incentive Reduction Program” which reduces development fees by fifty percent for all new growth in the downtown core of the community and by twenty-five percent anywhere else in Reedley that is considered in-fill property – in other words, property with existing development on three or more sides.

Reedley’s government continues to work with citizens to ensure the town attracts needed and reputable businesses, thereby modernizing the town while simultaneously preserving its heritage. This close communication is self-evident in the look of Reedley’s downtown hub, which boasts old fashioned décor and façades with modern interiors.

It has been a long road. Terry describes struggles ranging from garnering reliable internet service to updating old buildings to make them compliant with the Americans with Disabilities (ADA) Act. Unsurprisingly, Reedley’s founders had little reason to prioritize a good Wi-Fi signal.

Supporting and enhancing downtown development is one part of Reedley’s 2030 General Plan, which was adopted in 2014. Efforts to formulate and adopt the Plan began in 2009. Despite the lingering recession of the time, the public remained highly interested in the process. The town held forums, workshops and strategy meetings between 2009 and 2014, and the questions were many. “Where exactly do we want to grow? Where should we concentrate growth to be over the next generations? How can we ensure consistent capacity on our water, sewer, and various infrastructures?” This approach of steady communication with businesses and the public resulted in a strongly supported plan that has continually supported Reedley’s growth.

Business attraction and retention is the main responsibility of the Greater Reedley Chamber of Commerce, chaired since 2017 by Erik Valencia. Born and raised in Reedley, Valencia is the chief liaison between Reedley’s government and the business community and continues to champion his town.

Under his leadership, the Chamber of Commerce works with businesses to understand their needs, from connection to essential services to developing workshop space. The chamber also occasionally conducts marketing events to promote public interest and publicity, as well as to gauge the public’s potential reaction to businesses that are hoping to relocate to the area. This has not only led to a very close town-to-business relationship, but has attracted businesses that mesh well with the town and its citizens.

But one of the chamber’s main obstacles is providing facilities into which businesses can move. While Reedley may boast some of “the best weather year-round,” as Valencia relates with justifiable pride, infrastructure does not grow on trees. While larger companies, particularly fruit processing companies, hope to use Reedley’s exceptionally fertile land, these require large warehouses and production facilities, which require substantial resources to construct and maintain. It is challenging for companies to endure the lengthy and expensive process of land use development for their business, and “development never gets cheaper,” Terry remarks.

Nonetheless, Reedley fields calls from potential new businesses throughout the year, and is now working with a consulting group to build larger warehouses in town. This group has already met with similar success in California’s Central Valley, so Terry and Valencia are both highly confident of similar results in Reedley. Terry and Valencia note that the city has very low vacancy rates, which serves as a both a strength and a challenge, as low vacancies support real estate values, but also create expansion and attraction challenges for new business. “Working with property owners to develop, redevelop or convert current land uses is a key component to providing for growth in a balanced way throughout the community,” states Terry.

In addition to its growing business community, Reedley has many other points in its favor to attract new residents and businesses. Reedley’s schools are part of the prestigious Kings Canyon Unified School District, one of the state’s finest. All Reedley area schools work closely together. “We all work together, and we see it as a common good for the community,” Terry explains.

One of the most recent school developments is Reedley Middle-College High School, a joint program between the local school district and Reedley College (part of the State Center Community College District), in which students can enroll in two-year programs to become certified trade professionals. While Reedley College offers bachelor’s degrees, this new program will train California’s next generation of skilled workers while they are transitioning from high school to college age.

Kings Canyon Unified and the City of Reedley have also teamed up to build and operate the Central Valley Transportation Center, wherein school buses, fleet services, and public works maintenance facilities are co-located to serve both district and city needs. This joint use serves as a model of efficiency and collaboration, highlighting how agencies can work together for the betterment of their collective community.

While the town is up-and-coming, housing prices remain relatively low, which is a godsend to younger people hoping to start families. New housing developments are attracting younger residents to Reedley, and services are springing up to support them. As developers move inland from Los Angeles and other areas, more are attracted to Reedley’s customer-centric approach to development, relatively cheap land and vibrant atmosphere.

Transportation is also undergoing a change; as the population increases, so too will the number of cars on the road. To accommodate this and reduce congestion, Reedley has constructed two traffic roundabouts – one of which was the first in the San Joaquin Valley. While the town does not yet have the population to justify a dedicated mass transit system, many residents engage in active transportation (walking or biking) to work, thanks to Reedley’s steadily fair weather and excellent infrastructure, including the Reedley Parkway, a paved and landscaped corridor that runs the entire length of the community right through its core. As with other projects, placement of this infrastructure was also a collaborative effort supported by local businesses, community groups and the City.

Today, Reedley’s local government and Chamber of Commerce are working to highlight Reedley on the map of places to be. One of the biggest items on the to-do list is securing a major hotel in town, as the absence of one has astounded many visitors for years. The City is currently working with a consultant on a sales package tailor-made for hotel chains and is in talks with various companies looking to establish a location in the area.

Reedley continued its forward-thinking progress when it recently purchased two Pipistrel Alpha Electros, the first all-electric aircraft to be certified by the Federal Aviation Administration (FAA) in all of the United States. The City is now working with Reedley College to develop a sustainable aviation program, which will lead to further transportation and technological advances. Already, major companies in the aviation industry have met with City officials to discuss partnerships and projects within the community.

Despite its steady growth, Reedley remains mostly a hidden gem in California, however. “I just wish that more people knew about us,” Valencia says wistfully. Both Terry and Valencia credit the town’s consistent growth to close communication and the dedication of its public servants – and express their excitement for the future of their great community.

Reedley has “the right people in the right places at the right time,” to welcome new businesses and residents, says Terry. “We want to welcome them into the fold.”

The message is clear: Reedley is open for business, and the future looks bright for this ambitious community.