How Smart is Your Game? 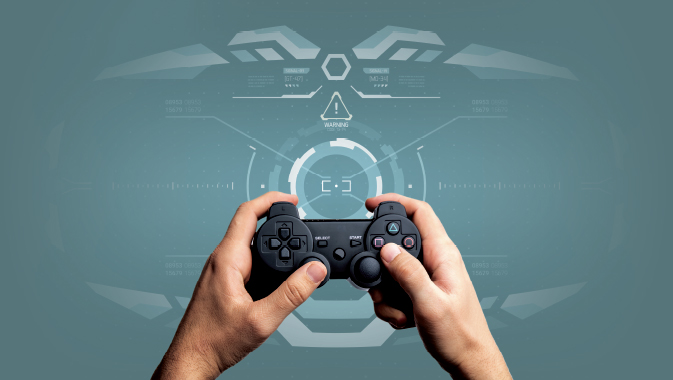 We are seeing more and more realistic and complex video games than ever before, and that has a lot to do with artificial intelligence (AI). But what exactly does the future hold for players and designers?
~
What’s your pleasure? That’s really the starting point of any video game. Whether it’s a fast-paced, first person shooter or a slowly unfolding, immersive world of exploration, the perceived preference of the video game player is at the center of it all. But what’s changing for players is the detail and complexity of the games on the market today as more elements of artificial intelligence are applied to enhance the experience.

Sure, there was a time when we would hear the term AI and automatically go to some sentient but ultimately malicious computer – like Hal from 2001: A Space Odyssey or The Terminator’s Skynet. Now, we have largely moved on to embrace the potential ways artificial intelligence can enrich our world. We probably didn’t expect our phones to talk to our refrigerators, but that seems to be working for everyone.

And speaking of working together, you would think that AI and video games would be the perfect match, but as things often go, the reality is much more complicated than the perception. Where is AI going to take next-generation video games? First, let’s take a closer look at what the intention of artificial intelligence is and how it’s been used in video games so that we can speculate as to what the future might look like.

The term “artificial intelligence” was coined by John McCarthy, a professor of computer science at Stanford, back in 1955, who defined AI as “the science and engineering of making intelligent machines.” AI research uses tools and insights from many fields, including computer science, psychology, philosophy, neuroscience, cognitive science, linguistics, operations research, economics, control theory, probability, optimization and logic. It’s complex!

The ultimate pursuit of AI research is to make computer programs that can solve problems and achieve goals in the world as well as humans can. Are we there? No. Are we close? Probably not, but we are making bigger strides than we have in the past.

But what about video games? Well, from day one, developers have been trying to put humans into the games that humans wanted to play. And this is a big part of the fun of games. It’s the challenge of trying to beat someone – the game – who is better than us, at least at the start. From that perspective, video games at their essence are not much different than tennis or chess. We ultimately face off with an opponent who presents us with a challenge that we work to overcome. Our satisfaction increases as we improve and get that sense of achievement when we win. It can be pretty amazing when you conquer all in Tetris 99, the new 99-player tournament where cleared lines become weapons against your opponents.

Simulation games are based around a different premise, where you could be piloting a jet plane or negotiating virtual reality in the wildly popular Second Life. But the point that makes them interesting is also human behaviour. Whether it’s interacting with other people or environments or overcoming a challenge – it’s still all human behaviour that spurs us to play. To make that work for video games, you have to create an environment that we can relate to and populate it with a fierce opponent to face. To do that, you need to include intelligence in the game – or at least the appearance of intelligence.

Back in the day, the competitors in our video games were a tennis player, invaders from another planet, ghosts in a maze, or a big ape on top of a tower, but they all seemed to be hard to figure out. What they all had behind them, driving their actions, was algorithms, which at the core are a set of guidelines that describe how to perform a task. So going back to the tennis game, Pong, the algorithm boiled down to the fact that if the ball was on the left, the stick would slide to the left and if the ball was on the right, the stick would move to the right. Which is exactly what a human who was paying attention would also do.

And voila, we had a very human-like experience performed by a video game. But obviously video games didn’t stop there.

The games we played grew more complex and faster, and felt more like our real lives. Players were pushed to make more complicated decisions faster by their computer opponents, which in turn, upped the ante of what people would expect from the games they played. Some of us enjoy taking on Donkey Kong for the nostalgic fun, but we really wouldn’t want to trade in the games we have today because they give so many more possibilities to play through in environments that are much more real.

That is where artificial intelligence shines. It is the ultimate stage dresser and character actor for our experience. This is twofold as AI both manages the environment of our games and works behind the characters and opponents we meet as we play.

AI the stage dresser creates environments that feel very real and react to a player’s actions. A great example of this is Red Dead Redemption 2 where a Wild West environment is an open playground for players to try different approaches to how they play the game to create a unique game experience. AI the character actor provides numerous characters, both allies and opponents, for game players to interact with.

And while all these environments and characters in video games seem to be driven by a very advanced AI, the truth is that the artificial intelligence behind this is not particularly sophisticated (sorry to burst any bubbles out there). The reason for this actually goes back to our original point – what is your pleasure? As it turns out, for most of us the fun is playing a game where our opponents are smart, but not too smart. So the AI that is being put to use in games is quite different from the AI that is being explored in research. Take for example, DeepMind, an artificial intelligence research company based in London that focuses on developing programs that can learn to solve problems without needing to be taught. The real tipping point is when AI will start “getting it” and be able to apply its problem-solving ability to issues that impact the lives of humans so we can accelerate humanity’s overall ability to learn and solve problems.

Yet if we tried to apply this kind of AI to video games, we would likely have a terrible time. The characters we would interact with would be so unpredictable that we couldn’t count on a plotline to be followed and working toward the outcomes would be very unclear – which, ironically, is a shade too close to real life. And let’s be honest, who really wants to escape to that?

So if only a limited version of artificial intelligence is being used in video games, what is the future of AI in games? Well, it’s all about the people who play and build them. For the people who have the lucky job of creating games, AI will continue to become a more sophisticated tool that they can use to expand what games can do, especially in areas of art and in the collaboration of building a game from the ground up. This means that developers can do more with AI giving them suggestions on how to improve games and simulating the outcomes of their designs.

For the rest of us who want to sit back and play a game, we will likely find the experience becoming more immersive all the time. It could come to the point where a game could generate outcomes unique to your actions, so in essence the very game you play is different from the one your friends play. Hyper-customization could also be possible so that a game could be set in your city with characters in your game based on the personal data you provide. How cool is that?

Combine that with the increasing “humanness” of artificial intelligence and characters within games can become increasingly indistinguishable from reality. “More human than human” as the Tyrell Corporation would put it.