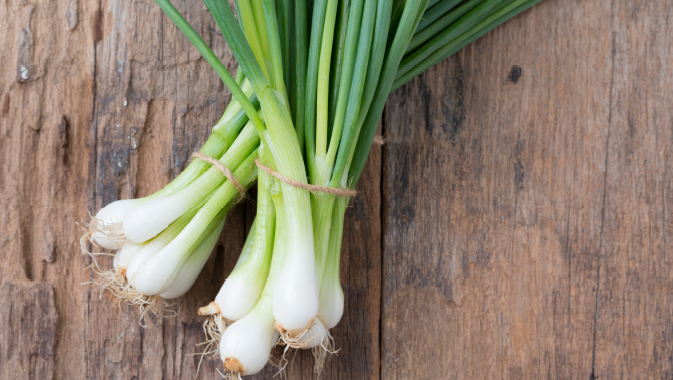 Established in 1978, Keany Produce and Gourmet is a family-owned produce distributor. Whether it transports fruit, dairy, or vegetables, the utmost care and professionalism go into every effort. The company, celebrating its fortieth anniversary, has recently undergone a warehouse expansion, and is currently experiencing phenomenal growth. We spoke with Social Media and Marketing Coordinator Cassidy Williams.

Company President Kevin Keany’s father was the inspiration for Keany Produce and Gourmet. When Kevin was a young man, his father told him that if he focused on high-quality food and honest dealings with his customers, he would always be successful. This turned out to be invaluable advice, which Kevin followed. Kevin brought a spirit of personal attention, honesty, and integrity to his prosperous enterprise. And as he offered the highest quality produce, his one-man business flourished.

Kevin tracked down local produce by cultivating valuable relationships with several farmers within the metropolitan DC area. He also found a solution to combat rising labor costs in the restaurant industry.

“Five years after the company’s launch, the pre-cut operations began, in what is known today as Keany Kuts. As the business grew, Kevin’s brothers Chris, Dan, Ted, and Pat joined in the effort with their father Patrick Keany continuing his support,” says Cassidy.

To this day, Keany Produce and Gourmet is owned and operated by the Keany family, with the second-generation firmly entrenched in the daily operations. Two ultramodern warehouse facilities in Landover, Maryland and Richmond, Virginia, along with a fleet of 150 trucks supported by optimization software to reduce mileage and the carbon footprint, while aiding in delivery to customers, six days a week.

Keany has partnered with forty local farmers from New Jersey and North Carolina to offer the area’s most extensive local distribution program and has worked with multiple area restaurants to create successful farm-to-table programs. The entire product portfolio has expanded to include organic produce, kosher items, seasonal decorations, dairy and gourmet cheese, juice, and nuts.

Over the last five years, Keany has grown to five hundred employees and serves more than two thousand active customers with wholesale fresh produce and gourmet product distribution. It orders, inspects, and maintains over three thousand products in its inventory.

“Keany’s distribution infrastructure is robust, flexible, and responsive to each of our unique customers’ specifications. We own a fleet of 172 refrigerated trucks and operate from two state-of-the-art facilities that include controlled temperature zones and enable an end-to-end cold chain to ensure maximum freshness and quality,” saysTed Keany, Owner and Vice President of Sales.

The company uses the UPS’ Roadnet system to schedule, manage and track deliveries. The system is used by businesses with high-volume, complex distribution requirements. Keany has recently added a new warehouse management system that improves accuracy, productivity, and traceability by using the most cutting-edge equipment in the industry.

The new warehouse management system (WMS) went online in 2018 through Produce Pro, enterprise resource planning (ERP) software that has been in effect for the last twenty years. The WMS has increased efficiencies by improving order accuracy, and it has traceability, giving better control of inventory and increased visibility while creating real-time information. In short, the WMS has increased productivity and performance.

Warehouse expansion will be greatly aided by the new WMS. Keany’s current facility has 78,000 feet of refrigerated storage, with another 20,000 square feet to come. Construction is slated to commence in the summer of 2019.

Keany Kuts is a specialty division with a staff of over 125 trained artisans who prepare the widest variety of fresh, pre-cut produce in the region. This unique aspect of the business caters to specific customer requests for items such as diced florets, vegetable or fruit blends, spirals, and much more.

“No other distributor in the region offers as many trim configurations on so many varieties of produce. The operation performs regular and classic type cuts, as well as custom creations and designs. Keany Kuts saves chefs much time and labor, allowing kitchen staffs to focus on recipe creation rather than time-sensitive cutting board work,” says Ted.

One of the company’s forward-thinking ideas is its ‘fruit of the month’ program. It began when one of its hotel customers requested an easy-to-eat fruit to give to guests each month. The program has grown in popularity over the last several years amongst customers that include the fruit in temporary menu specials.

“Danny Keany, owner and vice president of operations and purchasing, selects what the fruit will be for each month. He assesses availability, seasonality, demand, quality, and popularity prior to choosing. This program has been a unique value-add to our sales plans to introduce new fruits to both current and prospective customers,” says Cassidy.

Keany recognizes the importance of maintaining the highest safety standards, complete transparency, and social responsibility to support other local businesses and to reduce its carbon footprint. A quality assurance team uses an in-house laboratory to ensure the highest level of food safety. Through this, it has developed increased accountability to and trust from its customers.

The quality assurance department stays updated on science and regulatory developments in the food industry, keeping the company informed of all the latest advancements and changes in food safety and quality. Its quality management system guarantees food safety, regulatory compliance, and quality standards by applying the robust requirements of hazard analysis and critical control point (HACCP), Good Manufacturing Practices (GMP), an environmental monitoring and microbiological program, along with a customer service program.

“The Keany staff combines years of experience, training, and education, providing an enormous body of knowledge to our quality assurance program. Together with a comprehensive food safety plan, we can meet and exceed federal regulatory standards in the fresh produce industry. Through yearly audit and review, we can continually improve our processes and create a better product,” says Ted.

The four brothers are still involved in the operations and overall future planning of the company. They identified a need to prepare for the longevity of the business and went through a comprehensive restructuring plan and rebranding. This involved Keany’s board of directors, the establishment of the CEO role and the creation of its next-generation leadership development program.

“Our board of directors meets monthly and quarterly to review and form future strategies for business growth, both internally and externally. The CEO has oversight and offers leadership and guidance in all aspects of the business,” says Kevin Keany, Owner and President.

The next-generation leadership development program was created to seamlessly transition the company to its future successors when the time comes. This team includes both the next generation of Keany family members and long-term employees who are currently involved in various aspects of the company.

The food distribution company has grown by leaps and bounds over the last few years by playing a significant role in supporting the thriving hospitality industry in Washington, DC. From its early years at Union Market with only one man to a bustling business employing over five hundred team members, the Keany’s have withstood the perpetual inconsistencies of the food industry with ingenuity and fortitude.

“Staying relevant in the food industry is difficult on its own, but running a successful business with integrity and class in Washington is an achievement,” says Kevin.

The largest competitors of Keany Produce and Gourmet are national corporations; therefore, it has been the Keany’s family attitude that has made the difference as the company emanates friendliness, respect, honesty, and responsibility in all facets of the business. Whether these qualities present themselves in the form of a holiday fruit basket delivered to someone’s door or an open line to the Keany’s to voice a concern, the people-oriented nature of this big Irish family makes all staff members and customers feel at home.

“The longevity of the Keany team is extraordinary, with many reaching twenty-five to thirty-five years with the company. In addition, supporting other local businesses has always been a priority, whether that is by helping two Georgetown University students start a wildly successful farm-to-table salad company or by increasing the number of our local farm partnerships every year to become the largest local produce distributor in DC,” says Cassidy.

Keany Produce and Gourmet was chosen for the 2019 Family-Owned Business Award from the Washington Business Journal. The lengthy application process undertook detailing the history and evolution of the business, roles of family members, and philanthropic and community participation. The award was a culmination of the Keany family’s dedication to the company for the past forty years.

Forty years is a milestone, and Keany has been marking its anniversary every year by hosting a holiday party for all its employees at both warehouses. Each year is celebrated with food, music, raffle prizes, recognitions, and years of service awards.

“This past December, we celebrated forty years like you would a birthday party: with delicious cake and candles. Although we did not celebrate in a grand way, it was humbling to reflect on forty years amongst our dedicated team members. We are gearing up for a big celebration of fifty years. If it’s anything like the last forty, it’ll be here before we know it,” says Cassidy.