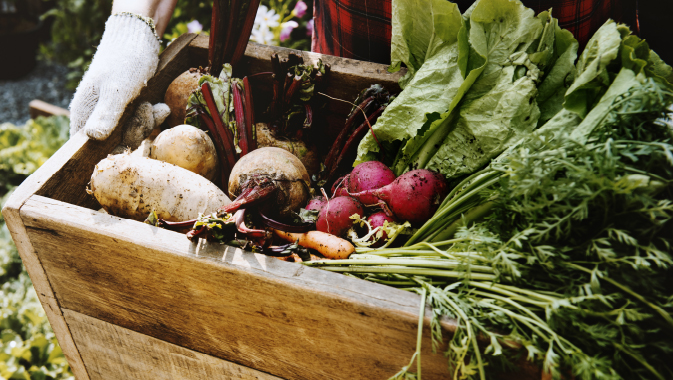 For Calvert Cullen, working the soil is in his blood. “My family came here from Scotland in 1680, and, of course, we’ve been in agriculture the whole time,” says Cullen, co-owner along with Steve McCready of Northampton Growers Produce Sales, Inc. “I came to Northampton Growers in 1990, and Steve was at Northampton growers starting in 1980.”

McCready started as bookkeeper and accountant and Cullen as sales agent, and the pair continue to build the grower, packer, and shipper into one of the most successful and well-respected produce companies in America, building on the work of its founders, who created the business sixty years ago.

“Our main goal is to provide a high-quality product, in fresh condition, to our customers,” states the Cheriton, Virginia-headquartered company which also has a location in Boynton Beach, Florida and Moultrie, Georgia.

Northampton Growers – as it is known to its many customers – has a dedicated staff of fifteen and operates in five growing regions: Florida, Georgia, North Carolina, Virginia, and Michigan. Cullen prefers to operate the old-fashioned way, which works very well for the company. He travels a good deal, leaving Florida after Mother’s Day in May and heading to the operations in Georgia. Cullen works for about six weeks and then oversees growing in Virginia and North Carolina.

“We move with the crops,” he states. “We’re on location pretty well all the time when we are packing; the only one that we are not on a location for is Michigan, and we have quality control there.”

Northampton grows a variety of crops on about four thousand acres between all the programs. Products include green beans, cabbage, peppers, cucumbers, squash, eggplant, corn and hot peppers. Growing seasons vary, and the company has it down to a science. Peppers, for example, are grown in Florida from November 1 to June 1, in Georgia from May 15 to July 15 and October 1 to November 15, and in North Carolina from July 1 to August 1 and from October 1 to November 1. Greens, including plain mustard, curly mustard, kale and collards, are grown in Georgia from October 30 to January 15, while corn is grown in North Carolina from June 25 to July 25.

“We try to have all the same products twelve months out of the year for our customers,” says Cullen. “When we get finished in Florida and moved to the Georgia operations, we will have some overlap with Florida and Georgia, and also when we go from Georgia to North Carolina and Virginia, we will have about a week overlap also. Since 1991, we have operated the same program with our dedicated growers and it works very well for Northampton.” Some of them have been allied with the business since the 1980s. “They know what quality we need to have, and they keep striving to provide that.”

Northampton Growers Produce is known to its many customers for upholding the highest possible ethical business practices and management standards. It is proud of its long-term relationships with customers and purchasers, including restaurant retailers, foodservice companies supplying restaurants, and wholesalers.

“Northampton Growers has a reputation of being very straightforward and honest,” states Cullen. “We wouldn’t have been in business for as long as we have if we didn’t have proper morals and ethics.”

Northampton operates as grower, packer, and shipper. This means the company is responsible for many areas, from ensuring produce is in proper condition before shipping to coordinating packing lines in Florida, Georgia, North Carolina, and Virginia to overseeing product being shipped in modern, refrigerated trucks, and ensuring all orders arrive fresh and on-time. While taking on these roles can present challenges, the company’s many decades of experience and plenty of effort allows Northampton to be successful.

“There are a limited number of people who travel anymore like we do from location to location,” says Cullen. “A lot of people will have an office in one spot and people dealing in other areas. We feel like if we are on location at the packing shed, we can supervise and organize things better by being on location because we get to see it firsthand. This business moves so fast on a daily basis, and to get a feel and rhythm for it, it’s good to be on location.”

When dealing with perishable products, it is vital that they are harvested and transported to customers as soon as possible to preserve freshness and nutrition. By being on-site, Northampton Growers coordinates all logistics and transportation, when peppers, eggplant, corn, and other products are picked, packed, and shipped. This results in faster loading and better organization from field to truck, making it possible for products to make to grocery store shopping carts within three days: picked one day, delivered the next to the warehouse, and transported to stores for consumers on the third. Although it had its own fleet of trucks in the past, the company now opts instead to use drivers who own trucks, rather than having to maintain the vehicles, resulting in greater efficiency.

Since it sells its products from Canada to Puerto Rico and beyond, Northampton Growers customers are as varied as the company itself. Many sell fresh produce. Others take cabbage and process it into coleslaw, and some buy green beans, remove the ends, and sell them bagged. In all cases, products are carefully traced, with every farm having full food safety performed either by the state or through Primus GFS, a global food safety initiative.

All farms and all packing sheds are checked. Once products are harvested and brought into sheds, they are affixed with barcodes and lot numbers so the company can not only determine from which farm it came, but the field, the day on which it was harvested, when it was packed, the shed and the truck it was in on all the way until it gets to the warehouse. Although the company has never had to do a recall, all this documentation is required to trace produce back to the farm.

Northampton Growers is affiliated with respected organizations like the Virginia Farm Bureau, the Southeastern Produce Council, and the Eastern Shore Chamber of Commerce and believes in giving back to charities such as the YMCA, Northampton County Sheriff’s Department, and several churches which it supports monetarily and by supplying produce to sell at bazaars.

The food industry is evolving, with much more produce being sent for processing than ever before, Northampton Growers Produce Sales remains proud of the company’s tradition of quality. “It used to all be fresh market; now we have several good-sized clients, and we supply them for processing,” says Cullen. “It works with our program and gives them another item to move where we are growing the same crop, but it’s a different size or different quality than the fresh.”