Open for Business – and for People 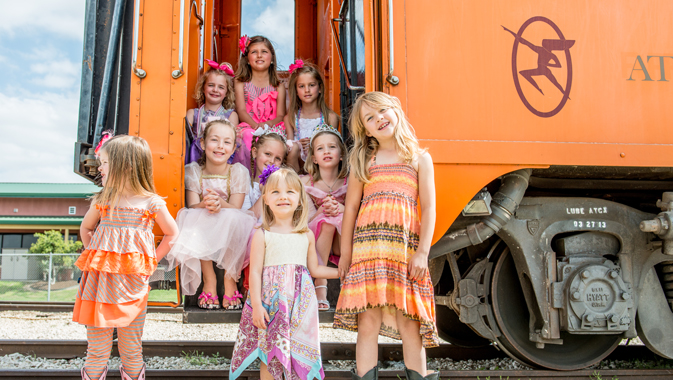 Located In the heart of Central Texas, Cedar Park has become one of the fastest growing suburbs not only in Greater Austin, but in the entire nation. Straddling the scenic Texas Hill Country and the rolling Texas Blackland Prairie, Cedar Park continues to appeal to people due to its natural scenery, low cost of living, employment opportunities, and excellent schools.
~
Phil Brewer, Director of Economic Development for the City of Cedar Park spoke to Business in Focus about the city’s phenomenal growth over the years and why it has become an appealing place for businesses.

“We are pro-business and understand economic development and the need for balanced growth between residential vs. commercial,” Brewer explains. “We want Cedar Park to be a full-service city, rather than just be viewed as a bedroom community.”

Located about 16 miles from Downtown Austin, the City of Cedar Park has grown by more than 400 percent in the last decade, and has twice been ranked by the U.S. Census Bureau as the Fourth Fastest-growing City in the Country. Founded in 1887 and incorporated in 1973 with a population of about 600 people, Cedar Park has become the third largest city in the Austin area, with a population of 65,000. Thanks to its proximity to Austin, many people commute to the city and other suburbs to take advantage of the economic opportunities it offers – Dell, for example, is headquartered in neighboring Round Rock – but Cedar Park itself has been highly successful in bringing businesses into the city, most notably in the software, biotech, advanced manufacturing and oil exploration sectors.

One notable company based in the city is ETS-Lindgren. The company supplies systems and components for the detection, measurement and management of electromagnetic, magnetic, and acoustic energy for industrial and commercial markets, particularly control and monitoring devices for radio frequency and cell phones. The first iPhone was tested at ETS-Lindgren.

Oilfield equipment supplier National Oilwell Varco also has a presence in the city, designing and building electronic control panels and monitoring systems for oilwells and drilling rigs for customers all over the world.

Additionally, technology developer and manufacturer Fallbrook Technologies makes its headquarters in Cedar Park. Starting in 2005 with just five employees, this company has grown to a team of 120 employees over the decade. Initially specializing in continuously variable transmissions (CVT) for bicycles, the firm has grown to include automotive accessory drives, electric vehicles, lawn and garden equipment, and wind energy equipment. Fallbrook licenses its products with Dana Corporation, the latter of which recently announced plans to open a tech center for research and development in Cedar Park. Dana’s facility is to be a substantial, 45,000 square foot outfit that will employ more than 80 engineers and designers, enabling the company to fully leverage its relationship with Fallbrook Technologies.

Voltabox, a German company that specializes in the manufacture of lithium battery packs for public transportation applications, will also be opening a 23,000 square foot North American headquarters and production building, which is due to open in June 2015. The facility will produce Voltabox batteries on assembly lines – similar to its site in Germany, and with the same degree of automation and end-to-end process monitoring to guarantee quality.

To be sure, the Greater Austin area is noted for its strong high-tech industry presence, and is commonly known as the “Silicon Hills” due to the large concentration of tech companies. The area has attracted a number of startups, entrepreneurs, and companies that have relocated to the area from California’s Silicon Valley to take advantage of economic incentives and the lower cost of doing business in the state of Texas. Brewer and his team have been working with a number of companies to relocate to Cedar Park. One notable example is Corvalent, a designer and manufacturer of printed circuit boards and advanced systems for embedded and industrial applications. The company moved to the city in 2009 to take advantage of the local workforce and the technology resources of the area.

Firefly Space Systems recently relocated its headquarters from Hawthorne, California to the City of Cedar Park as well. Specializing in the development, design, and construction of rockets to deliver low-altitude satellites into orbit, Firefly will be opening its offices in the city in May 2015, and employing upwards of 200 people. The company plans to take advantage of Cedar Park’s proximity to Firefly’s newly acquired 200+ acre test site facility in nearby Briggs, Texas and is even making plans to build a launch facility in the state.

It is Brewer’s hope that the City’s strategic moves and incentives to bring innovative businesses to town will mean more citizens who stay in the city not just to live, but to work. “One of our goals is to create these job centers for our community and for our citizens so they can live and work in Cedar Park rather than drive outside the community every day,” he says.

Another driving force behind Cedar Park’s growth has been its school district, Leander Independent School District, one of the fastest-growing in the state, providing quality education for residents in Cedar Park and the nearby suburbs. Leander ISD has driven a considerable amount of growth in the area.

“When people relocate into Greater Austin for employment purposes, those with children gravitate toward communities with strong public school systems,” Brewer explains. “We have a workforce and residents that are highly educated – 40 percent have a bachelor’s degree or higher – and we’re a family-oriented community, the average age about 33 years old. Our mayor said over 70 percent of population is either pushing a stroller or in one! People want to take advantage of the school district.”

Indeed, the City of Cedar Park is increasingly well-regarded due to its combination of a business-friendly government, an educated population, and great schools. National online real estate brokerage firm Movato named Cedar Park as the Fifth Most Desirable Suburb in the Country in terms of amenities, cost of living, education, unemployment, household income, and safety. Family Circle Magazine included the city in its Ten Best Towns for Families list, and security corporation SafeWise recently ranked Cedar Park near the top of its 50 Safest Cities in Texas list. For many years, Cedar Park has also enjoyed one of the lowest crime rates for cities of its size in Texas, according to the Texas Department of Public Safety’s annual Crime in Texas Report.

Not only has Cedar Park become known as a great place to work in the Greater Austin area, it has also built a reputation as an optimal destination for recreation due to its close proximity to Austin and the Texas Hill Country and the abundant beauty surrounding the Lower Colorado River Lake System. The city boasts 860 acres of park space and activities such as hiking, bicycling, and water sports can be found in or very close to Cedar Park.

A major development in the city was the opening of the Cedar Park Center in 2009 This $55 million multi-purpose Center has hosted more than 600 events with nearly 1,000,000 attendees in its first five years of operating. A 181,000 square foot facility, the Center accommodates 6,800 people and has 24 luxury suites as well as conference and meeting space. The event center hosts 40 regular season games plus pre-season and playoff games for the Texas Stars, the American Hockey League affiliate of the Dallas Stars. The Cedar Park Center is also the home of the Austin Spurs, the NBA D-league team of the San Antonio Spurs, who play 24 regular season games at the Center. The arena also hosts numerous family-friendly events, such as concerts and live entertainment, rodeos, ice shows, basketball games, graduations, trade shows, and more. The Center is a partnership of The City of Cedar Park, Texas and Texas Stars, Limited Partnership, an affiliate of Northland Development.

Future plans for the City of Cedar Park include acquiring a 215-acre quarry from the city of Austin to start a redevelopment project, and Brewer says that the City is in talks to see what can be done with the property. “We are engaging different groups to get input to develop it for its best and highest use,” he says. “For a landlocked community, getting this property is an advantage – it’s a blank canvas and it could have tremendous long-term impact on our city.” Other plans include the redevelopment of the Bell Boulevard retail corridor as well as opening access to a nature preserve along the corridor.

From its humble beginnings to a booming community today, the City of Cedar Park has proven to be a force to be reckoned with in Greater Austin – and, indeed, the nation – when it comes to attracting high-tech businesses and residents to the area. “We are a very progressive community,” shares Brewer. “We have a City council that gets and understands economic development and they’re always trying to think outside the box… Our incentive packages are fashioned to be beneficial to companies and have a favorable impact on their bottom line, especially for the first few years. We try to remove as many barriers as possible to enable them to do business in the community.”