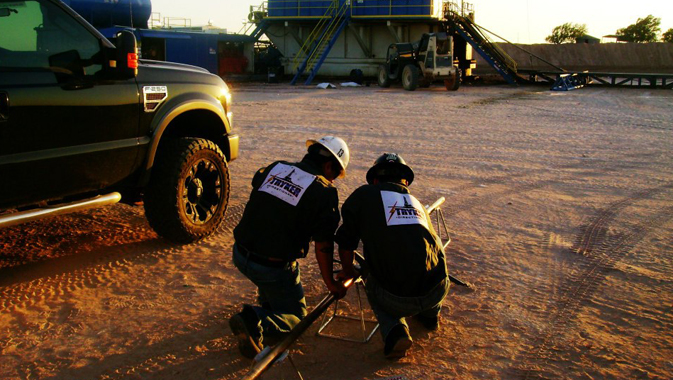 Stryker Energy Directional Services has become a leader in the drilling industry due to its dedication to performance, efficiency and integrity. Since 2010, the company has utilized the directional drilling experience of its leadership to provide clients with the knowledge and expertise they need for efficient drilling operations.
~
The company leads the way in both positive displacement motors and personnel driven by performance. The team offers a broad spectrum of directional services using multilateral, horizontal, conventional displacement, straight hole drilling, open hole side tracks and re-entry applications, and also possesses the tools and expertise needed to apply these services to rugged and extreme environments.

Company President Alan Mann spoke to Business in Focus about Stryker Directional. “We are a performance-driven company that was founded on the principles that performance still counts,” he explains. “We are serious about drilling in a timely fashion and try to do better than the last one every time… We are unparalleled in the export side of the world and have grown from 1000 to 3000 directional drillers. There is not enough time to gain enough experience to become a top of the line directional driller, so we hire ‘gunslingers’ – highly experienced, highly trained workers – for these operations.”

Mr. Mann started the company in 2010, building upon his years of experience in the oil and gas industry. This is his third venture in directional drilling after working in the Middle East for over a decade with Ensco PLC and starting his own company called Diamondback. After selling Diamondback, Mann started Stryker Directional in the Houston suburb of Conroe, Texas. He purchased 60 motors, 14 kits, and gyro equipment to get the company started. “We’re in as good of a position as possible because we’re self-sustained; we own everything,” he explains.

Today, Stryker Directional boasts an extensive equipment line to meet its customers’ diverse drilling needs. Its Drilling Motors are among the most reliable in the industry and the company has continually improved upon and enhanced its tools to “withstand the increased power from today’s higher torque power sections,” explains the company’s website, www.strykerdirectional.com. These drilling motors are designed to speed up hydrocarbon recovery with faster rate of penetration, run longevity, superior steering response and hole quality.

In-house company experts ensure optimal power performance by selecting the correct elastomer and fit for each specific motor application, says the company. Each of these motors is assembled with pride and held to Stryker’s high standards. With the extensive professionalism and expertise of the Stryker team, the company has been able to break records in performance and reliability.

“We just did a two-mile lateral in 12 drilling days,” Mann says. “That was a state record – we beat our own record on a well we previously drilled. Our expertise in this sets us apart because it might take other companies 18 or 19 days to drill when it just took us 12. Others say we were fools because we could have more days to work on the site, but we believe we’re drilling ourselves into more work because we drilled the fastest and cheapest.”

Indeed, as Stryker Directional has embarked on more and more projects over the years, the team has been able to control wellbores in an efficient and expedient way thanks to the company’s investment in maintenance and repair for its products. Improvements in equipment and techniques such as bottom-hole orientation, non-magnetic drill collars, and positive displacement motors have all enabled the company to better serve its customers.

Stryker’s Mud Pulse Measurement While Drilling (MWD) System, meanwhile, is a rugged complete wellsite solution that has been shown to reduce the financial risk associated with lost in hole conditions and to minimize rig downtime. And Stryker’s Surface Recording gyroscope is built to provide gyro-surveys – the fastest and most accurate means to determine the exact location of a borehole from surface to total depth. All of Stryker’s systems are engineered to the highest possible standards.

As is the case industry-wide, the recent drop in oil prices has been some cause for concern for the company, but as Mann says, it’s “not his first time at the rodeo.” He has noticed, however, that this downturn has been unique compared to others.

“I’ve been in the industry 40 years and understand that the cyclical nature of oil and gas is part of business,” he shares. “Back in October 1997, oil had reached its apex that month and began to decline and we saw the same thing. What’s different now compared to other downturns is the fact that operators immediately demanded corrections in day rate charges. Typically over the years, once a contract finished, it can be adjusted; but this downturn has been different – we’ve been getting phone calls for new bids while they were working on wells, which was highly unusual. This has driven the service companies’ costs down by 30 to 35 percent, as quickly as possible – almost literally overnight.”

This was new to Mann and was detrimental to many companies, but he says that this has thinned the herd of fly-by-night operators that were quickly set up to take advantage of the boom but then couldn’t keep up when the prices started to decrease. Mann feels that this has given Stryker Directional an advantage in the market.

“We had so many competitors, up to 80 directional companies at the peak. Back in 1995 when I started Diamondback, there were no more than 15 or so. So you have a massive number of companies that don’t have as much experience as my people do, so it takes them longer to drill wells because they don’t know what’s going on. We have a huge influence on how this drilling is done and by owning all our equipment and being debt-free, we can get off to a better start. If we were heavily debt-laden, we wouldn’t be here. Those 80 companies will drop to 40 because tiny companies with leased equipment will not last. Right now, we’re bidding sub-1995 prices for our services, so it has been scary.”

However, Mann feels that the company will continue to meet with success, due largely to his team’s expertise, reputation in the field, and commitment to paying vendors and clients on time.

“Even back in the early days when money was tight, we’d be waiting on a check to pay a customer, and we would call them ahead of time to let them know; we always worked with them, always paid,” Mann says. “That may be a big deal today with some companies and we shouldn’t have to brag, but many other companies have lost sight of paying on time.”

In spite of the challenges set forth by the shifting oil and gas industry, Stryker Directional is hard at work on projects with companies such as APS Technology, “which has been a boon and steady for us,” and has been doing work with Digidrill, delivering state of the art tools and test results. The company is also looking to expand, purchasing a facility in Midland to serve the Permian Basin, and is engaging in potential offshore directional drilling. “That would put a lot of guys to work during this turndown,” says Mann.

For the last five years, Stryker Energy Directional Services has been able to successfully implement drilling projects thanks to the extensive expertise of its leadership and team. With the experience and methods in its employ, the company has been able to successfully address many problems found in drilling and has been producing oil economically. Mr. Mann feels that is key to the overall success of the company.

“We emphasize performance and our insistence on it,” he says. “Others don’t necessarily look at it like we do, but we save clients money – that’s what it takes in this game.”