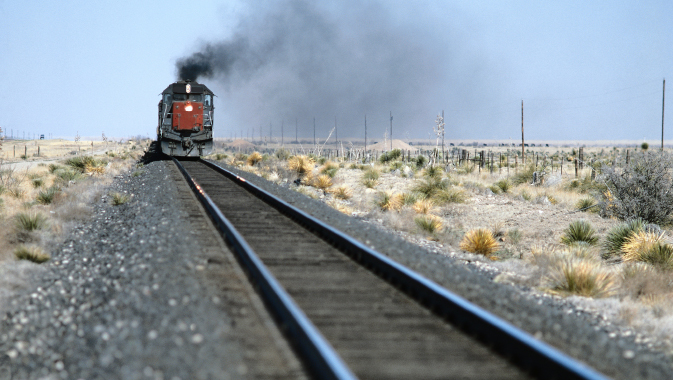 RSI Logistics is a one-stop shop for all of your rail freight transport and shipping requirements. It has four main areas of business that include an impressive list of services: software to help rail shippers, rail logistics services, rail transloading, and bulk intermodal management.
~
RSI Logistics’ software packages are particularly sought-after judging by its list of nearly four hundred clients. Its RSInet™ software for rail shippers offers railcar tracking to streamline transportation processes, saving transportation professionals time and money by allowing them to instantly view the location, status, and estimated time of arrival of every railcar in their fleet.

Another application, USRail Impact™ Rail Rate & Traffic Analysis Software, is famous in the industry for being the best rail pricing tool available. Customer loyalty to this product is understandably high as it allows for informed decision-making for rail freight negotiations. In addition, it facilitates smooth navigation within a mercurial cost environment by allowing rail professionals to enter parameters that calculate the cost of moving a railcar from its origin to a destination. This helps shippers make targeted rate requests to their rail carriers, determine whether rates are competitive, and benchmark their own and competitors’ rates.

Rail freight transport is not only about cost, however. Once loads are in transit, the RSInet railcar tracking software helps to keep an eye on the cargo. Yard management software enables railcar tracking as the cars move inside plants. These plants tend to be large and with miles of track with switch engines constantly moving railcars around. This technology provides full visibility and control.

Another of RSI Logistics’ divisions offers rail logistics management services that include services such as proactive daily railcar tracking and expediting of rail shipments, railcar maintenance management, rail rate management and the audit and payment of rail freight invoices. This is a crucial part of moving rail freight, as payment terms are tight with all of the railroads in North America requiring net 15 payment terms. It is difficult for many shippers to complete the purchase order match, invoice audit, and payment with the 15 day cycle. For this reason, many prefer to outsource rail freight audit and payment to RSI Logistics. In addition to handling finances, the company can also manage the rates on clients’ behalf, achieving more competitive rates as well as taking the frustration entirely off the clients’ shoulders.

The company also offers bulk liquid ISO tank transportation. ISO tanks are used to move bulk liquids in intermodal containers which are tanks mounted inside a shipping container framework. This mode of transport is a highly competitive alternative to driving liquid trailers over long distances, say from Chicago to Los Angeles. In the case of these two cities, an ISO tank can be trucked locally to an intermodal ramp in Chicago where the tank is taken off the truck and put onto a railcar to LA; when the train arrives in LA, the tank is then placed on a truck for local delivery.

The service is currently available throughout North America. While many of RSI Logistics’ customers have headquarters in Frankfurt, Germany and elsewhere in the world, the company’s services are focused on rail transportation in North America.

This is made possible by the fact that railroads in Canada, Mexico, and the U.S. generally follow the same operating standards and electronic data interchange formats. This enables RSI Logistics’ applications to interface and receive data from more than 560 railroads across North America.

As European rail operates differently from country to country, the company has not yet entered these markets. There have however been talks to expand to the continent in the future.

RSI Logistics operates twenty terminal locations for bulk goods in the eastern U.S., and a new facility in the Pacific Northwest will open soon. The transloading process is relatively straightforward. Shippers, such as plastic production facilities in Houston, Texas, send bulk plastic to various markets. If the receiver has direct rail service, the railcar goes from the bulk terminal to the receiver’s plant. However, for companies that are not served by rail, shippers can send railcars to RSI Logistics’ nearest facility for transloading into truck, with local delivery to the receiver’s plant via bulk trucks.

This service is popular with big manufacturers because for long distances and high tonnages rail is a much more cost-effective than trucking, is safer, has a much lower carbon footprint, and reduces traffic congestion.

RSI has been a part of North American rail freight transportation since 1984. Its original name was Rail Services Incorporated, which later became RSI Logistics. The current company President, Bob Tuchek, was one of the first employees. In 2001, Bob and his partner Kelley Minnehan purchased the company from the original owner.

RSI evolved from negotiating rail rates for shippers when the US rail industry was de-regulated in 1980 under the Staggers Act in the mid-eighties. Prior to deregulation, prices were controlled and railroads were unable to react to competitive situations and efficiently meet customer needs. Deregulation allowed railroads and shippers to directly negotiate freight rates for the first time. Shippers and carriers struggled in this new environment. The railroads were loath to negotiate at first, and for a good reason. Revenue was at stake.

This was where Rail Services Incorporated stepped in. Initially, RSI only helped shippers negotiate rates with the railways, but after Bob and Kelley acquired the company they started diversifying into providing today’s full portfolio of rail services and software.

RSI Logistics’ strength is in its diversity. While the company has competitors in all four areas, there isn’t a single company as diverse as RSI Logistics, which means it has no genuine competitor. It also means that it can fulfill shippers’ and rail transportation professionals’ needs to the degree that nobody else can.

When Bob and Kelley purchased the company 2001, it had about forty employees. Today, there are around 160 across the country, and the count is rising steadily. Nearly all of the core team is still in service and have all grown tremendously within the company.

“It’s always great to see that you’ve been able to grow an entity that provides for so many families. That’s the greatest thing. Our success isn’t necessarily driven by me or Kelley Minnehan. It is so much to do with the folks, our people,” says Bob.

While RSI Logistics only focuses on railway services to be the best it can possibly be, it recently forged an alliance with a trucking company called Princeton TMX. Its new partner offers a truckload transportation management system on par with RSI Logistics’ rail transportation management systems. The two giants’ customers can now benefit from a rail/truck combination solution.

In 2018, the company will continue to grow its four main areas of commerce. Whether organically or through acquisition, it will strengthen its position through cross-selling more of its services and products to existing customers, and it plans to diversify even further within the rail industry.

Using its extensive railway expertise, RSI Logistics makes the intricate process of rail transportation management more effective and puts specialized resources within reach of shipping and railroad organizations across North America – no mean feat in an industry as complex as this.