A Rising Star in the Automotive Industry 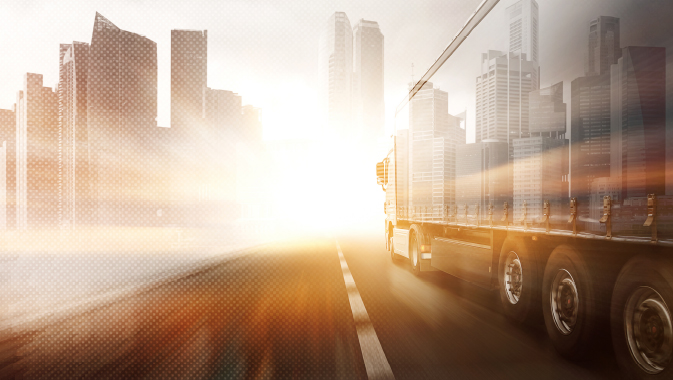 Xfinity Freight Systems Inc. is a domestic and international automotive transportation and logistics company operating out of Warren, Michigan. The company serves clients across several countries, transporting automotive freight via ground to and from suppliers, manufacturers, and customers. Clientele includes automakers General Motors, Ford, and Fiat Chrysler Automobiles, the ‘big three’ of the automotive industry.
~
Xfinity employs over 120 employees and independent contractors at its headquarters in Michigan and an additional location in Bosnia and Herzegovina, Europe, in positions ranging from drivers and dispatchers to safety directors, billing coordinators, and key managers. The company has also expanded its operations into Europe and Canada, as well as opening its own repair and maintenance shops – Fleet Pro Truck Repair – on top of fulfilling the logistical needs of customers.

The company’s services can be broken down into the four categories of transportation, logistics, warehousing, and repairs, according to Chief Executive Officer Kenan Selimagic. Xfinity transports auto parts from suppliers to manufacturers and vice versa, through expediting and dedicated ground transport. It schedules and tracks each shipment via its onboard technologies and worldwide communication divisions.

It also has a ten-thousand-square-foot warehouse at company headquarters to store and track its customer’s freight. As for repair, Xfinity has built a six-thousand-square-foot five-bay repair and maintenance shop in which it maintains its fleet of trucks as well as those of customers.

The company has been approved for the Free and Secure Trade (FAST) program with Canadian Border Services Agency (CBSA) for cross-border work across North America and is certified with the EPA’s SmartWay Transport Partnership, CBSA’s approved importers Customs Self-Assessment program (CSA), and supply chain security program Customs-Trade Partnership Against Terrorism (CTPAT). It is also a partner with border and trade chain security program Partners in Protection (PIP) and a member of industry advocacy group The Expedite Association of North America (TEANA).

It began operations in September 2012, Kenan Selimagic remembers. His family first ran the business from a basement, with one truck and one driver. It was he, his brother, and his father, a truck driver for fifteen years at that point, who started the company and would see it “double and even triple in size each year due to consistent reinvestment of earnings back into the company.” This investment went particularly into better equipment, new drivers, safety, and maintenance.

Today, Xfinity’s total fleet contains over ninety tractors and 150 trailers and has been offering specialized and expedited services across North America. Selimagic notes that the growth came about as a result of the family pursuing the automotive sector and creating relationships with automotive suppliers and manufacturers.

He says that the company’s outstanding reputation within the automotive sector is what makes it stand out amongst its competitors. He also says that the atypical growth of the company has also made it notable within the industry. “The brand itself only took five years to manage a fleet of this size, in which it would typically take a span of ten-plus years,” he explains.

Its growth has meant a need for a greater workforce, an aspect of the business that has not been overlooked. Selimagic says that the company’s culture is structured on the importance of each employee’s role within the company, which has proven to be a strong motivating factor for the workforce. Xfinity’s culture is based on teamwork and a clear understanding on why and how an employee’s effort contributes to the success of each shipment so that the workforce feels a sense of responsibility to guide and assist the drivers.

Yet another important partnership for the company has to do with its environmental impact. Xfinity has been a member of the SmartWay Transportation Partnership since 2013, and the certification has helped the company save quite a lot of fuel and lessen its carbon emissions.

The company has committed to going green in a few ways since becoming a SmartWay member, for example, limiting the time a truck can idle during stops via installed technologies in the cab or by lowering the empty mileage nationwide average by applying strict route guidelines which drivers are to follow closely. It has also added a partial division in which trailer cargo space is fully used rather than necessitating multiple trips.

The company has ceased the purchase of trucks without diesel particulate filters (DPF) which help lower the release of carbon emissions and has also installed auxiliary power units (APU) onboard its entire fleet to allow a driver to use all truck functions without engaging the engine.

In enacting these changes, the company has also unintentionally shortened its average travel distance within the whole fleet by concentrating on customers only within a three-hundred to five-hundred-mile range within the Midwest. “Less driving means less emissions,” as the company joins the efforts of many around the world to provide greener solutions among its services.

Within Xfinity’s recent history, the company has seen notable success in many areas. Selimagic touts its recent involvement with automated logistics systems (ALS) after a fire caused a Ford F-150 supplier’s plant to be out of commission for several days.

He anticipates that the next couple of years will mean big changes as Xfinity expands to accommodate its continued growth. The company is currently working on increasing its headquarters, and within the next two years, it will be purchasing and relocating to a twenty-acre property which will be used for larger warehouses, repair shops, and parking spots for the company’s assets.

This will mean increasing its direct business with the ‘big three’ automotive manufacturers with which it maintains relationships, along with increasing international cross-border business to Canada and Mexico and acquiring long-term build and assembly auto parts for the automotive section in-house to position itself as a future supplier. Xfinity Freight Systems has seen an incredible rise in its six short years within the automotive and trucking industries, and if its success to date is any indication, it will be a name on the lips of many in the marketplace for years to come.