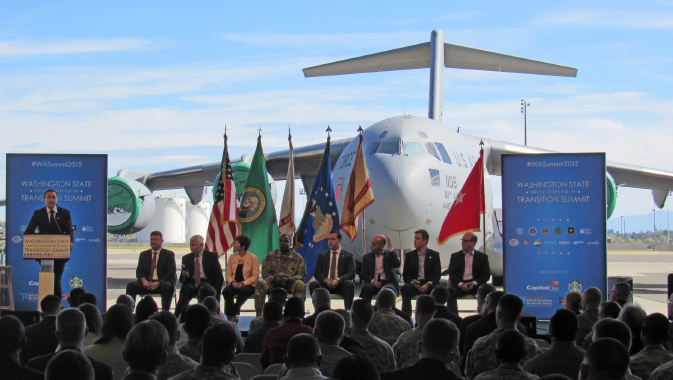 FASTPORT is a technology company that helps former service members and military family members find careers across America. The company was created to make the transition to civilian life as smooth as possible by supporting veterans through their job search and helping them find their best economic opportunity.
~
An American military service member is seated on a plane among civilians and tourists and reflects on his past decade of service. Like so many before him, he has spent years abroad supporting combat and non-combat troops alike. He has picked up pieces of a new language, immersed himself in a new culture, solved complex problems under intense pressure, and bonded with the people he now calls his brothers and sisters.

For years he worked to defend a nation that has gradually become less familiar. Not because of changing politics or culture. Not because the old burger joint is no longer open, or even because grandma is now in a wheelchair – but because he is unsure of where he stands.

Overseas he had a job, a purpose, and a community. Back home, he has to rebuild all those things. And so does his family.

“We’re finding the biggest challenge for people is that they don’t quite have that knowledge yet,” says Paige Thompson, Marketing Director at FASTPORT. “Although veterans have a solid foundation of training for a vast variety of careers after they leave the military, many struggle to see where they fit in the civilian world,” she says.

“The disconnect between military occupations and civilian jobs is ‘translation’. Many veterans don’t understand how to translate what they did in the military to a civilian human resources recruiter,” explains Thompson. “To counter that, we’ve created that translation dictionary for them in our Resume Engine.” The service member who served as the eyes and ears for combat troops may not realize how valuable her skills are to operations in the transportation and trucking industry. The service member who led a squadron might make a great foreman, but does not know how to articulate his skillset.

Every year, around 200,000 men and women transition from military life back into the civilian world. Most have lived overseas anywhere from a few years to decades, but all face similar challenges to reintegration. For the vast majority of service members, the adjustment is not about dealing with PTSD, although the media often has us thinking otherwise.

Less than twenty percent of service members will ever be near a combat situation. Out of them, fewer will actually engage in combat, and still fewer will experience long-term emotional repercussions. Reintegration is more about learning to navigate unfamiliar territory and less about running from demons.

Most military jobs are in support work. These people do everything needed to keep a community thriving – like healthcare, shipping, and food services. The military is always up to date, and many veterans are well-versed in the latest technology, including cybersecurity.

What sets FASTPORT apart from traditional job matching is its software that can do the equivalent work of hundreds of employment centers and is accessible from anywhere in the world. The analytic software was designed by Jim Ray, co-founder and chief technology officer.

The Resume Engine (resumeengine.org) software uses artificial intelligence to help service members translate their military service knowledge, skills, and abilities into civilian terminology and identifies the strongest correlations between candidate and employer, ranking them for best matches. Career Spark is the same basic tool but adapted and tailored to military spouses. It is a powerhouse technology that can compare up to 31,129,860 possible combinations of keywords between job postings and a candidate’s résumé, within seconds. Service members can browse the jobs for which they are most qualified on the Vet Fast Track (vetfasttrack.org), where they can also identify what formal training or apprenticeships are needed for specific jobs. An apprenticeship is a great option for those Veterans who want to change their career focus or need industry-specific experience to get into the civilian job field of their choice. ,

Humility can sometimes be a barrier as well. Searching for work in America is all about self-promotion, whereas military service is about selflessness and a focus on the team. The Resume Engine helps them reframe how they see themselves to give them more confidence when approaching employers.

Once his or her résumé is polished, the service member submits it into FASTPORT’s relational database that connects 250,000 military community members to over 6,000 employers, 1.5 million open jobs, and 60,000 educational institutions and apprenticeships. When the job seeker is ready, they can use Vet Fast Track to search and apply for jobs using a filtering system that features positions tailored to their preferences.

From here, service members have access to jobs in the industries of agriculture, automotive, construction, entertainment, finance, food and beverage, hospitality, insurance, manufacturing, oil and gas, and trucking.

So far, it has been a huge success. “We have over 65,000 veterans confirmed hired with our employer partners. Every year, we’ve had 16,000 additional veterans coming through,” says Thompson. These successes have led to numerous public recognitions and awards, including the U.S. Department of Labor’s HIRE Vets Gold Medallion in November 2018. This award recognizes leadership in recruiting, employing, and retaining the nation’s veterans.

Military service members come with an abundance of soft and hard skills that employers find desirable, and FASTPORT is currently working to build on these successes. “This is actually an incredibly sought-after group,” says Thompson.

Punctuality, attention to detail, teamwork, following orders, and being able to adapt to changes under pressure are just a few of the soft skills service members bring to a job. “Those soft skills are instilled in them, and are integral to their character because they’ve had to go through trainings that someone from a standard university program simply hasn’t.” Service members have had to employ these skills in tough situations, like if a truck breaks down miles away from a mechanic in an area where nobody speaks English. This makes crises that can happen on job sites in America easy to navigate for veterans.

Employers who want to gain these highly competent and well-rounded individuals can visit the FASTPORT’s website and submit their business for approval with just a few clicks. They can also take advantage of the company’s apprenticeship program.

Two years ago, FASTPORT was contracted by the Department of Labor to design a technology to link employers with apprentices. “We were contracted to enroll 2,350 new apprentices over the five-year contract,” says Thompson. Its technological capabilities are so strong that it tripled its quota in just over two years.

For companies that do not have a government-approved apprenticeship program but would like to start one, FASTPORT can help. “When we meet with employers, we sit down with them and say, let us look at your needs and tailor an approach that fits your business models, providing a proficient, safe and reliable pipeline of new employees utilizing Registered Apprenticeship.” Employers can utilize multiple existing National Standards in partnership with FASTPORT from the general population. But hiring veterans yields another advantage.

The Post-9/11 GI Bill gives a monthly housing allowance (MHA) for veterans who are engaged in a training program, including apprenticeships and provides a living stipend. “For somebody living in New York City, he or she is going to get an extra $2,500 a month from the Post-9/11 GI Bill for the first year of the apprenticeship,” something they do not have to reimburse. “While the MHA reduces by 20 percent every year, that reduction is being subsidized by regular raises apprentices receive in their programs; essentially that sample apprentice in New York is getting an extra $30,000 the first year, which is an incredible onboarding bonus for companies and service members,” says Thompson.

Companies that hire a veteran in apprenticeship programs will not have an employee who is worried about paying bills. Instead, they will gain an apprentice who can focus on training to do the best job possible for the business. “It’s a huge deal. It’s a huge leg-up on any type of competition.”

In today’s economy, it is easy to find candidates, but that doesn’t mean it is easy to find good employees. Veterans and their families are dedicated, can think on their feet, and are loyal team players. “They have this unparalleled occupational, technical, leadership, and soft skills experience,” explains Thompson. “These skills are very much in line with corporate values and the needs of companies… the businesses that understand this are snapping veterans up.”

The technical and soft skills that make America’s military the strongest in the world are now available to businesses across the country. Companies can visit FASTPORT to gain access to some of the best and brightest in America.